Kadyrov commented on the information about the abandonment of Krasny Liman, criticizing General Lapin 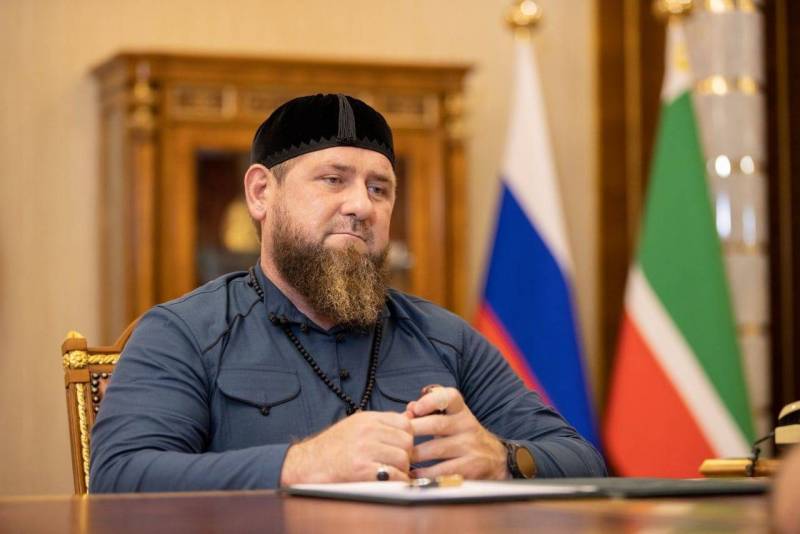 On the evening of October 1, the Russian Ministry of Defense confirmed information about the abandonment of the Armed Forces of the Russian Federation, as well as the NM of the DPR and LPR of the city of Krasny Lyman. In its operational summary, the department provided details of what happened.


According to the report, the day before, powerful fire strikes were inflicted on the positions of the 66th and 93rd brigades of the Armed Forces of Ukraine, which were advancing in the Krasnolimansky direction. Over the past 200 hours, over 5 military personnel, 9 tanks and XNUMX armored combat vehicles of the enemy were destroyed in this sector of the front.

However, despite the losses, having a significant advantage in personnel and technology, the Armed Forces of Ukraine continued to attack, introducing reserves into battle. After the threat of encirclement of Russian troops appeared, the command decided to withdraw forces and assets from Krasny Liman (DPR territory) to more advantageous positions, the agency explained.

The head of Chechnya, Ramzan Kadyrov, commented on the incident in his Telegram channel. He recalled that he always called for telling only the truth, so he cannot remain silent. In the publication, he noted that the defense in this sector of the front was commanded by the Hero of Russia, the commander of the Central Military District, Colonel-General Alexander Lapin, who was transferred to the command of the troops of the Western Military District. At the same time, Lapin deployed mobilized from the LPR and a number of other units in the Krasnolimansky direction, without providing them with proper communications and logistics. Two weeks before the incident, the commander of the Akhmat special forces, Major General Apty Alaudinov, signaled this, who was alarmed by the possible negative development of the situation on this sector of the front.

Kadyrov specified that he had immediately informed Chief of the General Staff of the RF Armed Forces Valery Gerasimov about this. In response, Gerasimov assured that Lapin was a competent military leader and would not allow a retreat. At the same time, Kadyrov learned that Lapin moved his headquarters to Starobilsk, located more than 100 km from the front line, and he himself left for Luhansk. Therefore, Kadyrov does not quite understand how Lapin could lead the troops entrusted to him in such an environment. As a result, several settlements and a decent piece of territory were lost.

It's not a shame that Lapin is mediocre. And the fact that he is covered at the top by the leaders in the General Staff. If I had my way, I would demote Lapin to a private, deprive him of his awards and, with a machine gun in his hands, send him to the front line to wash away my shame with blood
Kadyrov stressed.

The head of Chechnya is sure that people with a strong character, courageous and principled, who are worried about their subordinates, should be appointed to command the troops. The commander is the "father" of all soldiers, who cannot leave them without support. He pointed out that nepotism is unacceptable in the army. Kadyrov noted that residents of the territories annexed to Russia the day before (LPR, DPR, Zaporozhye and Kherson regions) want to feel safe.

I don't know what the RF Ministry of Defense reports to the Supreme Commander-in-Chief, but in my personal opinion, more drastic measures should be taken, up to the declaration of martial law in the border areas and the use of low-yield nuclear weapons. It is not necessary to take every decision with an eye on the Western American community - it has already said so, and has done a lot against us. Yesterday there was a parade in Izyum, today a flag in Liman, and what tomorrow? Everything would be fine if it wasn't so bad
- summed up Kadyrov.
Reporterin Yandex News
Reporterin Yandex Zen
82 comments
Information
Dear reader, to leave comments on the publication, you must sign in.