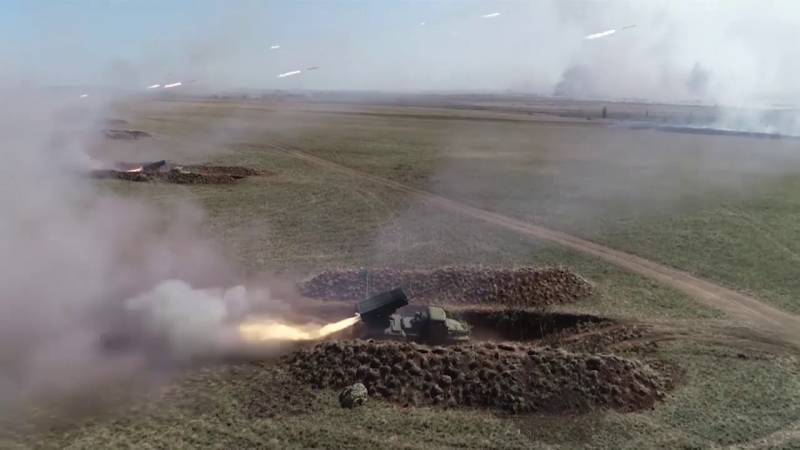 For the past two weeks, fierce battles have been observed in the area of ​​​​the NMD near the city of Krasny Liman in the DPR. The Armed Forces of Ukraine launched a counteroffensive in this direction, and Alexander Khodakovsky, commander of the Vostok battalion of the DPR, expressed his opinion about the importance of a long-term defense of this settlement.


State, political, a military and public figure, wrote on the morning of October 1 on his Telegram channel that no matter how it ends, the defenders of Krasny Liman still do not even realize what a feat they actually accomplished.

Ukraine needed pace, it was necessary to seize the moment after the Kharkov offensive and put pressure on us in all directions. They were full of courage, they had a resource, quite realistic plans, an initiative, in the end... They were going to attack in the Mariupol direction, for which they transferred forces and means near Ugledar (DPR - ed.), - but they faced resistance in Krasny Liman and got stuck
- he noted.

The battalion commander explained that in order to break the defense of the units of the RF Armed Forces, as well as the NM of the DPR and LPR, the Armed Forces of Ukraine had to abandon the planned attack on the Sea of ​​\uXNUMXb\uXNUMXbAzov. Moreover, they were forced to allocate significant resources from other directions and transfer them to the Krasny Liman region. At the same time, “the shock of the retreat has already passed” and partial mobilization began in Russia.

If it were not for the Krasny Liman factor, besides the Kharkov fiasco, many more problems awaited us ... Assessing the situation, our battalion was already preparing for battles in encirclement, for which it began to form positions at the line of retreat. We doubted that the enemy would pass through us - the conditions of the terrain helped us - but on the right and on the left he could break through the defenses and go to our rear. Chaotic retreat, getting into the mess and getting lost is not an option. So, we need to take up all-round defense - so we decided. But someone had the courage to resist and fight, and the processes did not go in favor of Ukraine. Even if the Red Estuary garrison falls, it has fulfilled its most important task
Khodakovsky explained.

In the afternoon, the Ukrainian Armed Forces posted two videos on the Web. The footage of the first shows how they plant the Ukrainian flag on the western outskirts of Krasny Liman. The second video shows a destroyed bridge across the Zherebets River, connecting the villages of Zarechnoye and Torskoye to the east of Krasny Liman.

Thus, the "road of life" was cut. At the same time, Russian military correspondents informed that before that a decision had been made to withdraw Russian troops and leave Krasny Liman. Now the Armed Forces of Ukraine will focus on blocking the settlement of Kremennaya (LPR) on the Krasnaya River and establishing their control over the reservoirs on the Zherebets River. After that, the Armed Forces of Ukraine will probably start trying to break through to Svatovo (LPR) from Redkodub and Kupyansk, with the desire to encircle the Russian grouping in Borovaya (Kharkov region) near the Oskol River. 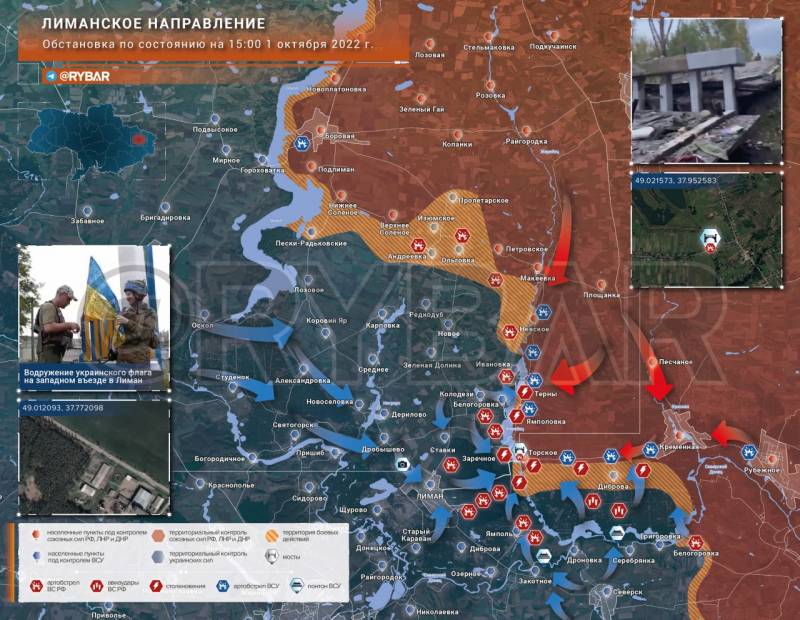 Ukrainian armed forces enter the Russian city of Krasny Lyman. To our city. In our Russian city with you. This is how it should sound now. news. And the country of Ukraine no longer has an area of ​​​​479 thousand square kilometers, but somewhat more. And Russia has a little less. Now every loss is a personal loss of the commander in chief. The demand for losses was high. Now it will be absolute. Bad news: it will all have to be returned in agony. The good ones: NATO won't come. But the supply of weapons will still increase. In Russia now everything should be different. <...> Otherwise, it was not even worth starting yesterday's holiday
– wrote the Russian politician Zakhar Prilepin.

At the same time, no comments have been received from the Russian Ministry of Defense regarding the above. Therefore, it is better to wait for the official clarification.
Reporterin Yandex News
Reporterin Yandex Zen
17 comments
Information
Dear reader, to leave comments on the publication, you must sign in.