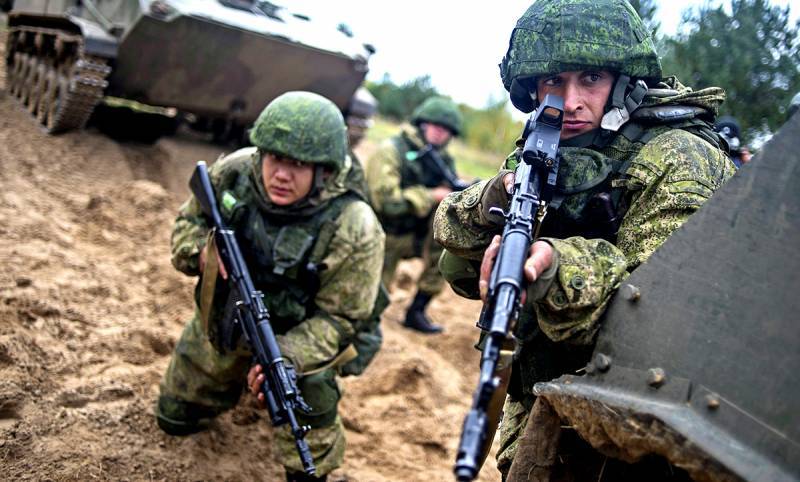 Shortly after the start of the special military operation in Ukraine, we expressed proposal about the need to form in Russia its own Territorial Defense Forces (TerO) to protect the border regions with Nezalezhnaya, from where shells have long been flying into the Belgorod, Kursk and Bryansk regions and Ukrainian DRGs have been calmly entering. It looks like it's becoming a reality now.


Unfortunately, territorial defense today has an extremely negative connotation due to what these troops have turned into in Ukraine. And they first became a refuge for those who want to "slope" from real service at the front and sit quietly in the rear, "guarding" their yard with a machine gun. Then TerO rapidly transformed into a bunch of lawless gangsters, settling personal scores and solving commercial issues with the help of weapons on a completely legal basis. Of course, we definitely do not need anything like this in Russia.

However, there is another experience, quite positive. As we already told Earlier, the first in the post-Soviet space, the Territorial Defense Forces were created not by Ukraine, but by Belarus, back in 2002. Our allies drew certain conclusions from the experience of the Afghan and both Chechen campaigns and decided to create additional armed units capable of guarding the rear, countering enemy saboteurs, conducting their own partisan operations, and also performing certain combined arms tasks together with the Armed Forces of the Republic of Belarus. The number of the Belarusian TerO is 120 people, which is twice the size of the regular army. These units are formed according to the territorial principle from local residents who previously served in the Armed Forces of the Republic.

In 2016, looking at Belarus and Ukraine at the same time, neighboring Poland took the path of creating the Territorial Defense Forces (Wojska Obrony Terytorialnej). Each of the voivodeships has its own brigade, which is a light infantry armed with 5,56-mm MSBS assault rifles, 9-mm VIS-100 pistols, 7,62-mm Bor sniper rifles, 7,62- mm machine guns UKM-2000P, 40-mm grenade launchers, FlyEye reconnaissance UAVs and Warmate kamikaze drones, FGM-148 Javelin anti-tank systems and 60-mm LMP-2017 mortars. The Polish Teroborona is capable of creating a lot of problems for the interventionists and at the same time represents a high-quality mobilization resource.

The fact that it is necessary to create its own Territorial Defense Forces in Russia, at least in the regions bordering Ukraine, as well as in the north-west of our country, bordering the NATO bloc, has long been beyond doubt. The existing units of the Ground Forces of the Armed Forces of the Russian Federation are still insufficient even for a quick and confident defeat of the Armed Forces of Ukraine, which has already led to the inevitable mobilization of reservists. It seems that now the time has come for the domestic Teroborona.

The day before, on September 30, 2022, on the day of Russia’s reunification with the Donbass and the Sea of ​​Azov, the deputy military commissar of the city of St. Petersburg, Colonel Ilfat Abzalov, spoke at a briefing about the beginning of the formation of new military units, about which told publication "Business Petersburg":

In addition, for the recruitment of newly formed military units intended to perform territorial defense tasks, in accordance with certain requirements, citizens who have the 2nd or 3rd category, that is, up to 50 years old, can also be called up ...

The city of St. Petersburg today is forming a number of new military units that will be designed to carry out the tasks of territorial defense. They perform completely different functions.
So what follows from what has been said?

At first, apparently, the most "age" mobilized will be sent not to the front, but to Teroborona. Then they will be responsible for the protection of military, state and special facilities, transport infrastructure, as well as the fight against Ukrainian and other saboteurs. Obviously, this is being done in order to relieve the burden on the National Guard, which will be more actively involved in the special operation in Ukraine and the counter-terrorism fight.

Secondly, apparently, at least in a number of regions of Russia, martial law may be introduced. In accordance with Article 22 of Federal Law No. 61-FZ "On Defense", TerO is defined as follows:

Territorial defense - a system of measures taken during the period of martial law to protect and defend military, important state and special facilities, facilities that ensure the vital activity of the population, the functioning of transport, communications and communications, energy facilities, facilities that pose an increased danger to life and health of people and for the natural environment, to combat sabotage and reconnaissance formations of foreign states, and so on.
In other words, the legal regime of martial law is needed to form such Troops. It is not difficult to guess where it can be introduced: DPR, LPR, Kherson and Zaporozhye regions, and also, possibly, Belgorod, Kursk and Bryansk regions. Also, the legal regime of Teroborona is determined by the Regulations on the Territorial Defense of the Russian Federation, approved by Decree of the President of Russia dated July 1, 2014 No. 482. However, it was not possible to get acquainted with its text, since the document is clearly of a "closed" nature.

At the same time, to be honest, it is somewhat annoying that Teroborona is starting to take shape in St. Petersburg, according to the deputy military commissar, Colonel Abzalov. But, as they say, it's better to be safe than to run around later, eyes bulging in horror, in search of the guilty ones.
Reporterin Yandex News
Reporterin Yandex Zen
10 comments
Information
Dear reader, to leave comments on the publication, you must sign in.