The Russian fleet showed the British and Dutch that our Arctic

October 15 2018
2
The natural riches of the Arctic are spinning the head of capitalist predators, forcing them to issue strange statements. For example, General Jeff McMurthy, the head of the Netherlands Marine Corps, complained to the famous British publication The Telegraph that Russian aviation and the navy provoke the combined Anglo-Dutch forces, who feel the urgent need to conduct their exercises in the Far North. 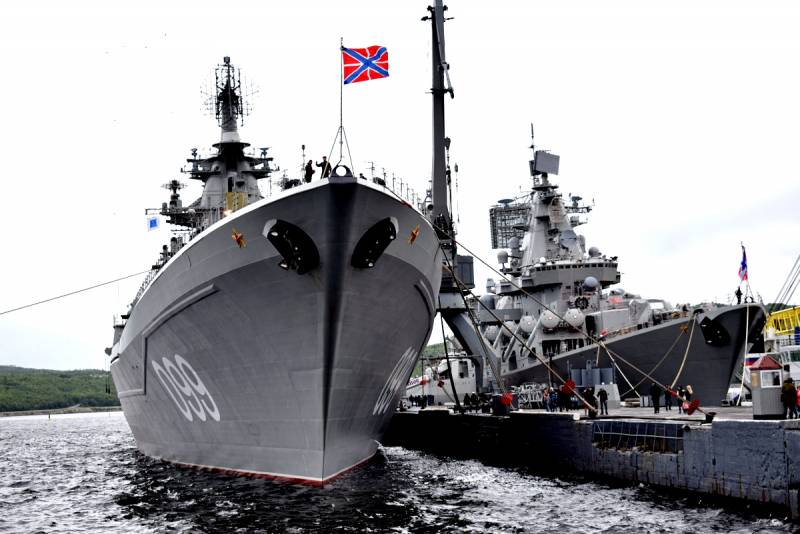 The British and Dutch Navy decided to work out protection against ballistic missile attacks, apparently, the Russian, swimming for this in the Arctic ice. This time, they saw a much larger number of warships of the Russian Navy than in previous years, and Russian fighter aircraft defiantly circled around uninvited guests, indicating their presence:

This can be called a provocation.

As you know, the military and economic The importance of the Arctic has grown tremendously. Its continental shelf stores enormous reserves of hydrocarbons and other minerals. Due to melting ice, the Northern Sea Route is gradually turning into a real competitor to the Suez Canal. The shortest flight path of ballistic missiles to the main potential enemy in the person of the United States also passes through the Arctic.

The increased interest of the Anglo-Saxons and their allies in the Far North can be understood, but most of the Arctic coastline belongs to the Russian Federation, and not to Great Britain or the Netherlands. Therefore, Moscow began to consistently increase its military presence in the region, making it clear to all curious visitors that the Arctic is ours. In particular, at the end of September attacks on sea targets were practiced using the Bastion coastal complex.
Ctrl Enter
Noticed oshЫbku Highlight text and press. Ctrl + Enter
We are
The Netherlands declared cyber war to Russia
NATO: One aircraft carrier will show Russia all our determination
Reporterin Yandex News
Read Reporterin Google News
Ad
We are open to cooperation with authors in the news and analytical departments. A prerequisite is the ability to quickly analyze the text and check the facts, to write concisely and interestingly on political and economic topics. We offer flexible working hours and regular payments. Please send your responses with examples of work to [email protected]
2 comments
Information
Dear reader, to leave comments on the publication, you must sign in.