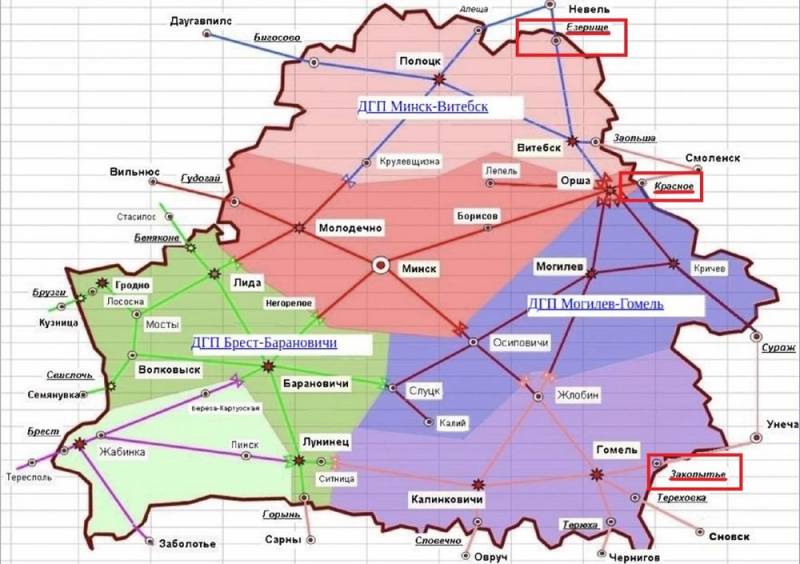 On September 26, President of the Republic of Belarus Alexander Lukashenko suddenly flew to Sochi, where he met with Russian leader Vladimir Putin. Two days later, the head of the Belarusian state visited Abkhazia for the first time, causing an uproar in Tbilisi. Between these two events, certain changes were noticed in the work of the railway sector of the Republic of Belarus, which make one think, because they may affect the further course of Russia's special operation in Ukraine.


According to incoming reports, the Belarusian land is again preparing to receive military trains with the Russian army. This was signaled to the public on September 27 by the Belarusian oppositional and pro-Ukrainian Telegram channel “The Community of Railway Workers of Belarus”.

A wide range of activities are currently underway. For example, the preparation of railway stations is being carried out, during which the places of unloading (loading) are carefully examined (on a commission basis) jointly by the Belarusian Railway and the military communications authorities (VOSO commandant's offices). If problem areas are identified, they are repaired. Automobile approaches to loading and unloading places are not left without attention. The serviceability of communication facilities for the operational management of military transportation is also checked, and railway workers are allocated for passing equipment through transfers.

In addition, the provision of rolling stock is of great importance. Therefore, they are now making a selection and determining the suitability of the freight cars planned for use in accordance with the requirements for such transportation, as well as speeding up repairs if necessary. Contracts for the lease and maintenance of freight cars are concluded.

At the same time, for the organization of movement and proper shunting work, locomotives are assigned to the stations. Schedules for the movement of military echelons are being developed (after the provision of a plan for military rail transportation) and the necessary number of brigades (personnel) is allocated for the accelerated advancement of military echelons (trains). Further interaction of the Belarusian side with the Central Directorate of Traffic Management - a branch of JSC Russian Railways (CD) is being coordinated on the issues of the quick return of empty cars for their reuse for loading military echelons of the RF Armed Forces when proceeding to places of unloading on the territory of the Republic of Belarus.

On the Belarusian Railway, on an emergency basis, until September 30, an order was given to take from all employees, including managers, an obligation not to disclose confidential information
- is specified in the publication with the application of supposedly documentary evidence. 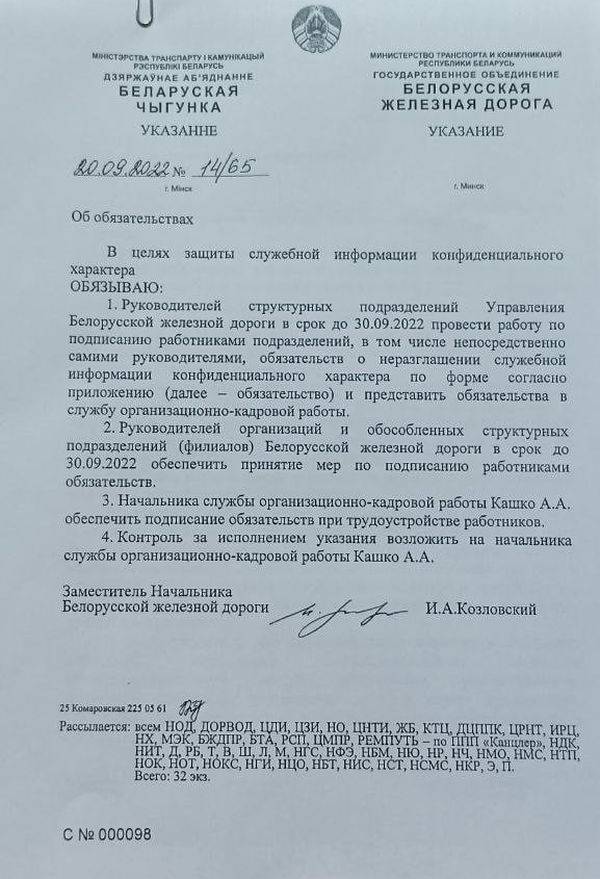 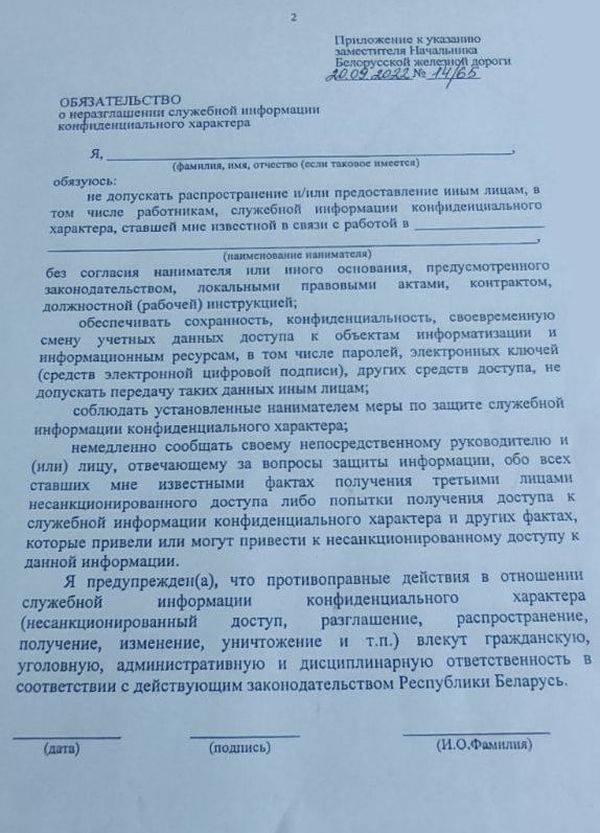 We remind you that the Russian NVO on Ukrainian territory began on February 24 and, according to the assurances of the leadership of the Russian Federation, will not stop until all the tasks assigned to the troops are completed, no matter how much time it takes. On September 21, partial mobilization was announced in Russia, which should significantly speed up the campaign.
Reporterin Yandex News
Reporterin Yandex Zen
7 comments
Information
Dear reader, to leave comments on the publication, you must sign in.