Will Russian airlines be able to refuse imported aircraft 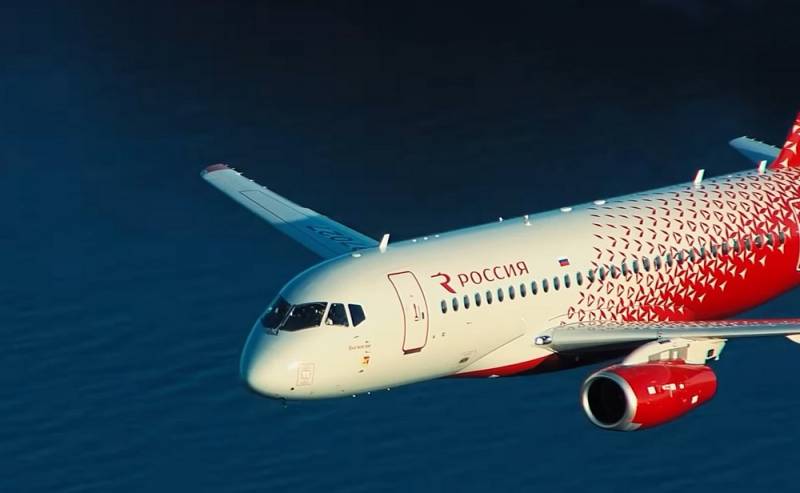 A representative of Rostec told the Reuters news agency that soon the aircraft of foreign airlines will not be in demand by Russian civil aviation.

The course towards the sovereignization of aviation

“Foreign aircraft will disappear from the fleet,” was the written response to Reuters when asked about the future of Russian aviation. At the same time, the attitude of the air transport industry workers towards this statement is very skeptical, even taking into account the plan to lease more than 300 domestically produced aircraft in the period from 2023 to 2030, including the MC-21, SSJ New and Tu-214, adopted during negotiations between the United Aircraft Building corporation and Aeroflot within the framework of the Eastern Economic Forum.

So far, Russian airlines are waiting for specific agreements on this issue and are in no hurry with import substitution. However, delaying the process of “transferring” civilian pilots from foreign to domestic airbuses threatens with undesirable consequences: technical the resource of Western-made aircraft in operation will last a maximum of 3 years, and then the accident rate of Russian airlines will increase significantly. At the same time, Rostec considers it inappropriate to establish parallel imports of spare parts for foreign liners that are exhausting their limit.

Where is the Superjet?

Sergei Chemezov (Director of the Rostec State Corporation) recently visited the Irkut-Regional Aircraft production center in Komsomolsk-on-Amur. Import-substituting Superjet New airliners are assembled there. At the moment, five aircraft of this model are being assembled in the workshops of the enterprise at the same time. At the end of 2023, they must be certified and approved for mass production.

According to statistics as of September this year, Russian airlines use about 150 Superjet 100 aircraft. Over the past six months, their flight time has amounted to more than 100 hours, and flight duration has increased by 20%. At the same time, since the crash of such an aircraft in May 2019, any incident involving the Superjet has attracted the attention of the media and the public, while the failures and accidents of Boeing and Airbus have been covered in the press much less, although they occurred with no less frequency. As a result, SSJ began to update and many questions that arose earlier on this aircraft have already been closed.

The new "Superjet" will be equipped with Russian PD-8 engines, as well as a set of import-substituting electronic systems. Now a prototype SSJ New is at the final assembly stage, and another one, without equipment and engines, is undergoing aerodynamic tests at TsAGI. So the statement of Rostec is not based on an empty place.

How will the production of airliners develop

The implementation of the above-mentioned project for the production of new aircraft is a huge responsibility for our aircraft builders. As Sergei Chemezov noted,

it is necessary to provide air carriers with comfortable modern domestic-made aircraft instead of Boeing and Airbus. And since Western manufacturers have left the Russian market, this is a one-way ticket for them.
The director of Rostec confirmed that two SSJ New will be delivered to Aeroflot in 2023, and then 20 new aircraft will be delivered to Russian airlines annually.

Also, according to General Director Yuri Slyusar, in order to significantly increase the production of aircraft, UAC should start preparing production lines at an accelerated pace. Now the recruitment of skilled workers is underway and the in-line production of the Superjet New is being prepared.

Thus, the Russian aviation industry will switch to production completely independent of the West. As a result of hostile economic sanctions, the industry is forced to strive to exist independently. This is reported by Reuters, citing a source in Rostec.

It is noted that by 2030 the aviation industry of the Russian Federation will be ready to produce 1000 domestic aircraft. By the same time, our country will completely abandon the use of foreign-made liners. This will be achieved, among other things, thanks to new composite materials from the Rubin company.

A fly in the ointment in the plans of the UAC

However, the head of AeroDynamic Advisory, Richard Abulafi, considers the plans of the UAC "virtually impossible." He noted that during the entire period of its existence, the Soviet Union produced about 2000 civil airliners.

Even when they could get semiconductors and other vital components from the West, it was very difficult for Russia to produce more than a few planes a year.
Abulafi said.

According to foreign experts, UAC is too limited in resources, including production capacity and important components. Earlier it was already reported that our aviation industry is more than half dependent on the supply of components from the West.

The current situation in Russian civil aviation is comparable to a natural disaster. It was impossible to prepare for it in advance. The industry will have to survive and solve large-scale problems by using all available resources.

For example, the same Superjet was supposed to receive American, not Russian engines, but the increased sanctions pressure on Russia forced aircraft manufacturers to look for an alternative. According to Russian expert Dmitry Drozdenko, it will take at least five years to completely replace imported components in the Russian air fleet. Despite this, UAC and Aeroflot on September 7 signed an agreement for the supply of 339 domestic airliners until 2030.
Reporterin Yandex News
Reporterin Yandex Zen
7 comments
Information
Dear reader, to leave comments on the publication, you must sign in.