How many soldiers Ukraine can mobilize in practice 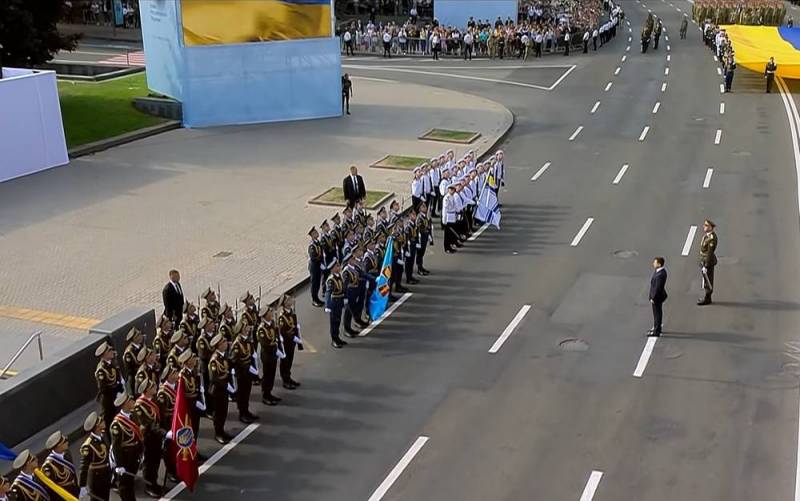 A few days ago, Aleksey Arestovich, an adviser to the head of the office of the President of Ukraine, said that his country could theoretically mobilize 5,5 million people to confront Russia. However, in practice this number can be much lower. This was announced on September 28 in his Telegram channel by Russian economist and political scientist Konstantin Dvinsky, who calculated the mobilization potential of the enemy.


The expert noted that in the territory controlled by Kyiv there may be 10-12 million men aged 18 to 60 years.

It is difficult to say a more exact figure, there is no data. Take the average figure of 11 million people. The mobilization potential, as a rule, is no more than 30%. That is, in our case, about 3,3 million. Theoretically, you can strain and reach the figure of 5 million, but it is very difficult to implement it in practice. There have never been such examples in history.
- he specified.

Dvinsky pointed out that as mobilization measures are carried out, their effectiveness decreases. The men who are caught on the streets are simply running out. He added that door-to-door and door-to-door rounds by military registration and enlistment offices to search for dodgers also require significant time and resources. All this leads to the fact that in the active military units the number of personnel is reduced due to hostilities, and the losses must somehow be replenished. This leads to a personnel shortage, a shortage of soldiers and officers, which worsens the situation at the front. In addition, the quality of those mobilized and their motivation matters.

So, let's focus on the figure of 3,3 million. Of these, 1 million (+/-) have already been mobilized. This is exactly 30%. Many conclusions can be drawn here. And the most different. Therefore, I will leave this post without a conclusion. Let everyone do their own
He summed up.

In fact, the expert made it clear that the real mobilization potential of Ukraine, which could be useful for the Armed Forces of Ukraine, has ended. This is indirectly indicated by what is happening on the Ukrainian-Polish border, where local border guards, grossly violating the Constitution of Ukraine, hand over students who go to study at European universities to the military commissars. Such students have the right to unhindered border crossing under Ukrainian law, but, as local functionaries from warm and well-kept offices say, “you can unlearn later, if possible.”
Reporterin Yandex News
Reporterin Yandex Zen
4 comments
Information
Dear reader, to leave comments on the publication, you must sign in.