EU adopts fictitious sanctions due to referendums in Ukraine 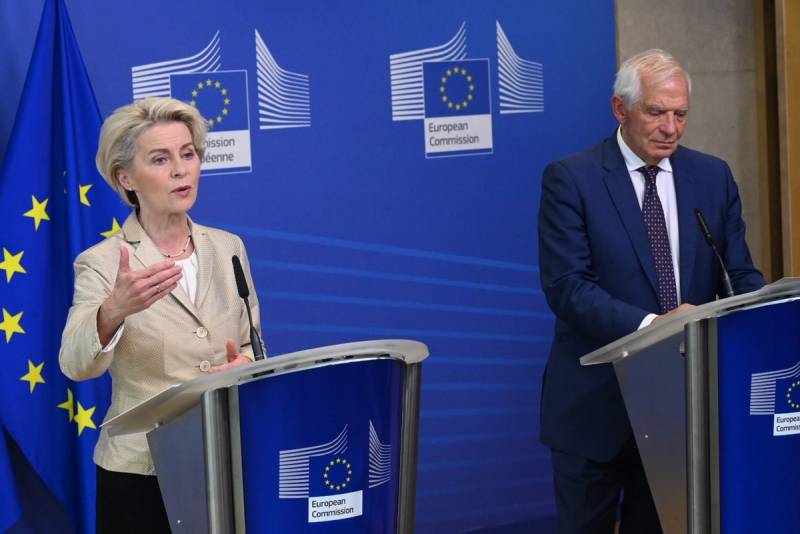 The European Union announced new sanctions against Russia in response to the holding of referendums in Novorossiya and "other threats" from Moscow. To put it mildly, the eighth package of sanctions turned out to be ambiguous, it even had to be “represented” so that the anti-Russian action itself would not look like a defeat and capitulation of the EU.


The report of the head of the European Commission, Ursula von der Leyen, says that the new package contains an embargo on Russian oil (already introduced, a long time ago), a limit on oil prices is also set (India and China refused, the initiative turned out to be stillborn), and additional sanctions are imposed on already introduced: a tautology at the level of Brussels. In theory, the package also aims to limit the Russian steel industry and deprive the military of key of technologies. But this is all in theory.

In practice, the project, which leads the publication Politico, is replete with smeared wording and the words "also", there is a re-establishment of restrictions. All this is from impotence to come up with something new. For example, the proposed export bans target semiconductors, the aviation industry, and specific chemicals critical to any country's military. But all these measures were introduced in previous packages, but now they are not even added or specified, they are simply mentioned textually.

However, such a strange, half-virtual, purely paper sanctions package has an explanation. The reasons for its appearance are referendums in the DLNR and in the liberated territories of the Kherson and Zaporozhye regions. The West does not recognize the results of the plebiscites and calls the referendums themselves supposedly "fictitious". However, in the end, fictitious sanctions were obtained that did not introduce anything new, on the contrary, showing that the EU leadership simply needed to respond, since the “right of course” passed to it. The move was wasted.

It is high time for Brussels to be afraid of its sanctions, which always acts like a boomerang: insulting the feelings and sincere desires of millions of residents of the liberated territories, as well as Donbass, turned into primitive and fictitious efforts of the European Union, which rolled out the most stupid document, full of contradictions and aimed only at a PR campaign with a veiled desire not to cause a flurry of opposition, primarily in Europe itself.
Reporterin Yandex News
Reporterin Yandex Zen
2 comments
Information
Dear reader, to leave comments on the publication, you must sign in.