Electric plane Alice: a new chapter in the history of aviation or an expensive toy? 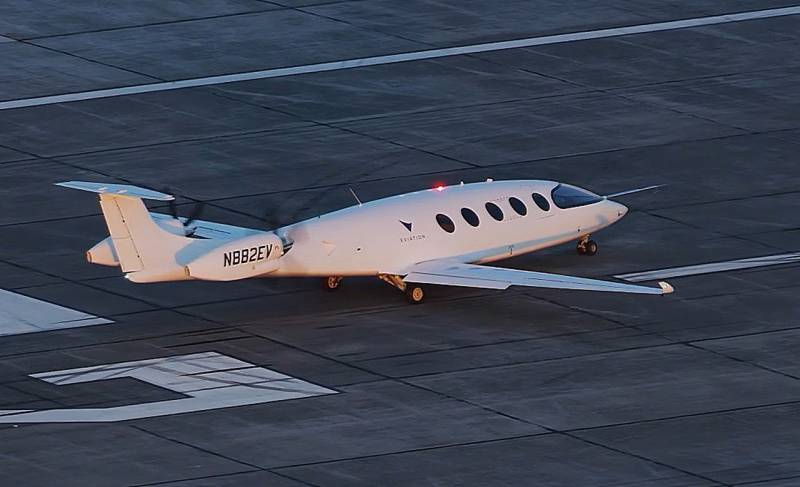 The demonstration flight of an electric aircraft from Eviation Aircraft, which took place on September 28, lasted eight minutes. Will this event affect the development of aviation?

History of the Alice project

Alice is the name of the new miracle equipment, equipped with two electric motors with a capacity of 850 liters. With. It is positioned as a small passenger aircraft for short flights. The Alice cabin accommodates 9 passengers. In 2027, the designers plan to start mass production of such equipment: they already have orders.

The aircraft was first presented to the public by Israeli aviation startup Eviation in 2019 as part of an air show in Paris. Even then, it was stated that the new development, other things being equal, is half the price of its counterparts, "eating" liquid hydrocarbon fuels. And the potential harm to the ecology of the planet from Alice is even lower.

Three years ago, its creators announced a flight range of up to 1050 km and a maximum speed of 445 km/h. Today, the electric plane has developed only 225 kilometers per hour.

Does Alice have a future?

Without a doubt, this is the world's first electric aircraft for short-haul airlines. However, the authors of the project have yet to deal with a number of technical difficulties. Firstly, there is not enough battery capacity for an acceptable flight range, and modern industry cannot solve this problem. Secondly, we need to conduct some more tests and reduce the weight of the batteries, as well as get the approval of the airlines for the use of the aircraft in passenger traffic, while not overestimating the price of new items.

Unfortunately, such an aircraft consists of compromises. So far, it will not be able to accommodate more people, and the cost of its production at the moment does not allow it to displace analogues on traditional fuel. The flight range also leaves much to be desired. But, perhaps, rich respectable people will be interested in him.

The first flight of an electric aircraft took place in Washington state at an altitude of 1 kilometer and lasted 8 minutes.
Reporterin Yandex News
Reporterin Yandex Zen
5 comments
Information
Dear reader, to leave comments on the publication, you must sign in.