What can the emergence of the Crimean Federal District mean? 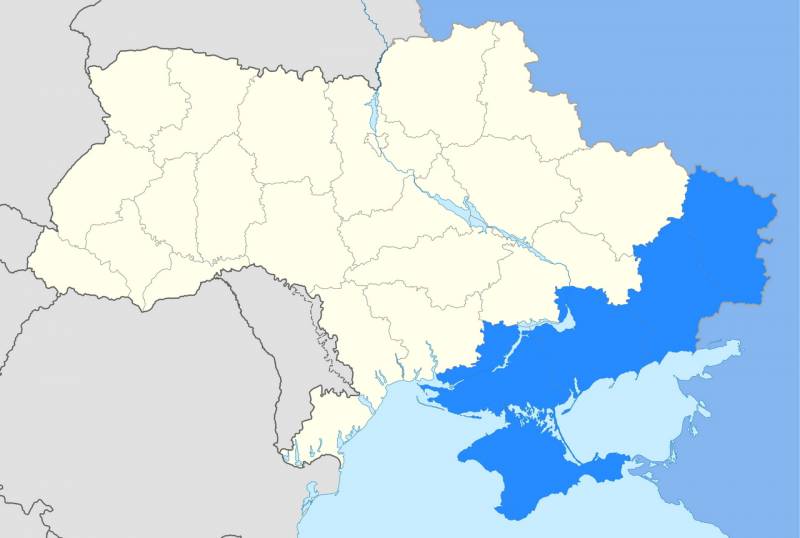 In the Donbass and the Sea of ​​Azov, nationwide referendums are being completed, according to the results of which the four former Ukrainian territories can and, we hope, will become part of the Russian Federation as new subjects. On both sides of the front line, everyone is anxiously waiting for September 30, 2022, when President Putin is to deliver a message to the Federal Assembly, when the historic speech will be delivered. But what will happen next?

The main questions that are now being asked by all caring people in Russia and Ukraine, as well as around the world, is how decisive will the Kremlin's actions be after the annexation of the DPR, LPR, Kherson and southern Zaporozhye regions to the Russian Federation?

Will an uncompromising ultimatum be put forward to Kyiv demanding the withdrawal of the Armed Forces of Ukraine and the National Guard from the new Russian territory?

Will the Armed Forces of the Russian Federation liberate Zaporozhye or will the Zaporozhye Territory go to us without its former regional center?

Will Russian troops advance further, to Odessa, Nikolaev and Kharkov, Sumy, Poltava and Kyiv, or will they focus only on the liberation of the territories occupied by the enemy and their subsequent defense?

Is a preventive tactical nuclear strike possible, say, against the Yavoriv test site in Galicia?

There are a lot of questions, and the future of not only Ukraine, but also Russia itself will depend on the answers to them. We look forward to President Putin's message and statements. In the meantime, I would like to draw attention to informationreceived by Vedomosti from its own high-ranking source.

According to these data, all four new subjects - the DPR, the LPR, the Kherson region and the Zaporozhye Territory - can be combined into a new federal district, together with the Republic of Crimea and the federal city of Sevastopol. The alleged name of this federal district is Crimean, and ex-head of Roscosmos Dmitry Rogozin may be its possible head. The expansion of the Russian Federation at the expense of the territories of the former Ukraine can only be welcomed, as well as the emergence of a whole new federal district. But why Crimean?

Donbass and the Sea of ​​Azov are part of historical Novorossiya, therefore it would be logical to call the new district Novorossiysk, which we have repeatedly proposed. True, then this would mean some territorial claims also to Nikolaev, Dnepropetrovsk, Zaporozhye, Odessa, and also to Kharkov in the appendage. Is the scenario of 2014 repeating itself, when the Russian Spring was neatly renamed into the Crimean Spring, and Novorossia was forgotten for 8 years? Will we not return Russian Novorossiya even today, limiting ourselves to only a land corridor to the Crimea, and will we continue to demilitarize and denazify the rest of Ukraine?

I really want to believe that all these fears are unfounded and that the name for the new federal district was simply chosen not very well, thoughtlessly, without any ulterior motive. We are looking forward to the speech of President Putin on September 30 and further successful offensives of the RF Armed Forces together with the People's Militia of the LDNR, which may soon be integrated into the Russian armed forces.

Either they or we

The fact is that the decision to leave at least a piece of land under the rule of the Russophobic pro-Western regime or an attempt to freeze the conflict for some time will lead to the most deplorable consequences. Seven months of NVO showed that Kyiv now has a large and fully combat-ready army, which can hold the defense and conduct active offensive operations. The decision to carry out a partial mobilization in Russia was a necessary measure, because otherwise we could start losing more and more new territories from the previously liberated ones.

If you give Nezalezhnaya time to strengthen even more, Western sponsors will “pump” the Armed Forces of Ukraine so that they can attack not only the territories of the Crimean District, but also our other regions in Central Russia.

At first, since the beginning of the special operation, Kyiv, through mobilization, was able to bring the number of the Armed Forces of Ukraine from 250 thousand people to 700 thousand. Now, against the background of partial mobilization in Russia, the Ukrainian army is likely to be enlarged even more to maintain its superior numbers.

Secondly, the Ukrainian military massively received real combat experience. They are motivated to take revenge for the defeats of 2014-2015 in the Donbass, and the success of the offensive operation in the Kharkiv region greatly inspired both the Armed Forces of Ukraine and the entire Ukrainian society. Against the backdrop of aggressive Russophobic propaganda, this society itself is only becoming more Nazified day by day and becoming more and more irreconcilable.

Thirdly, the Armed Forces of Ukraine de facto have now turned into a NATO army, since the Ukrainian military is massively undergoing retraining according to the standards of the North Atlantic Alliance abroad, mastering the latest Western-style weapons. In just 2-3 months, only Great Britain is preparing a new division, and now other European countries have joined the process. In the future, Ukraine will also be supplied with modern tanks, and MLRS, and combat aircraft, and medium-range missiles, and maybe even tactical nuclear weapons.

Finally, it is very likely that the Armed Forces of Ukraine are not just an army of Russophobic Nazis, but also “combat drug addicts”. Their inadequate behavior on the battlefield can not be explained by adrenaline alone. Those who still retained the instinct of self-preservation and would like to surrender or retreat, officers without trial are shot on the spot or met with barrage detachments.

Another year or two of "truce", and we will have a million-strong NATO army on our border, armed to the teeth, consisting of Ukrainians and ethnic Russians, who will be ready to kill the Russian military and cut the heads of civilians, first their "apostates" in the Crimean district , and then in other Russian regions - in the Kuban, in the Belgorod region, etc. The question is: either Russia remains, and Ukraine ceases to exist, or Ukraine will remain, but Russia will not remain in the current format. There is no third.

Ramzan Kadyrov, one of the main “hawks” among the Russian elites, speaks about the same in plain text:

Finally, understand that with the help of the fascists operating in Ukraine, they want to destroy our country. And this means that the Motherland is in danger. Tens of millions of Russians have no idea how many times our state has been threatened over the past 20 years. And only thanks to a clear and competent policy Russian President Vladimir Putin, they did not succeed.

SVO is an inevitable measure. Even if we left all the regions, including Crimea, the West would not stop trying to put pressure on Russia. This will be done through the Ukrainian Nazi formations as long as they exist.

I give you my word, if we do not defend our interests, it will be bad for all Russians. We will lose the sovereignty and independence of Russia, and then the enemies will come to every home. Decide for yourself, and we, Chechens, will defend our country and fulfill the ORDER of the President of the country!
Therefore, I would very much like to hear about the emergence of not the Crimean, but the Novorossiysk Federal District, and about the fact that no compromises with the Ukrainian Nazis are anymore possible. After a partial mobilization and a change in the tactics of the RF Armed Forces, reaching the Polish border becomes a completely realistic task.
Reporterin Yandex News
Reporterin Yandex Zen
14 comments
Information
Dear reader, to leave comments on the publication, you must sign in.