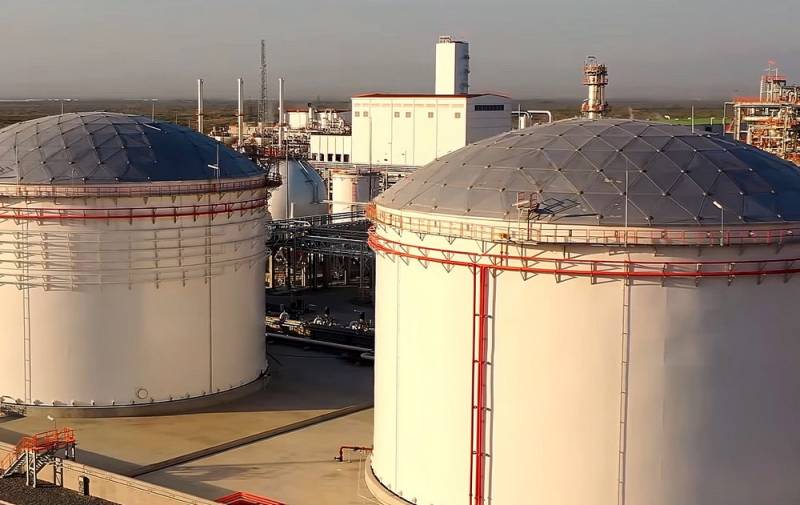 Seven months after the start of a special military operation, one of the main victims of this armed conflict was identified. And this is not Ukraine or Russia, subjected to a record number of Western sanctions in history. The main victim intended to be slaughtered by Uncle Sam for the sake of "America Above All" should be Europe.

As is often the case, after retiring, former high-ranking military and government officials become very bold and frank, starting to cut the truth. For example, in an interview with L'Antidiplomatico, General Marco Bertolini, former commander of the Task Force of the Combined Forces of Italy, described the actions of the White House in the Ukrainian direction as follows:

The American president does not so much want peace in Ukraine as starting a “war of attrition” there that would bleed Russia dry and divide Europe again into irreconcilable “western” and “eastern” parts – albeit not with the same borders as during the Cold War .
Everything that is happening now in the world the economy and geopolitics, was programmed in February 2014, when in Kyiv, "they were children" began to throw flaming Molotov cocktails at Berkut fighters. The coup d'état, carried out under the strict guidance of the US Democratic Party, had quite clear ultimate goals: to take control of the Ukrainian gas transit to the EU under the control of the White House, to start a war between Kyiv and Russia under any pretext, and to force the European Union to break all economic ties with the "Russian aggressors".

Unfortunately, all this was successfully implemented. For purely political reasons, Russian gas deliveries to the EU countries are continuously declining, which leads to an aggravation of the energy crisis in the Old World. A bloody war is going on on the territory of Ukraine, and the situation on the fronts is such that President Putin had to make the unpopular decision to carry out partial mobilization in the RF Armed Forces. Europe has rallied against Russia and is providing direct military assistance to the Kyiv regime. Now only an unambiguous ultimatum from the Kremlin with the threat of using nuclear weapons can force it to stop deliveries of weapons for the needs of the Armed Forces of Ukraine.

In general, everything is bad. Our relations with Europe are destroyed, if not forever, then for a very long time, for the entire period of the Cold War - 2, no matter how long it lasts. The Russian leadership is hastily looking for alternative markets for its energy and other natural resources. Europe is now in the deepest crisis since World War II, which the United States intends to once again take advantage of.

Deindustrialization of the EU

By "punishing" Russia, refusing on principle to buy our oil, coal and gas, the European Union is punishing itself. The transition to alternative Russian energy carriers will soon kill the European industry with a guarantee.

Back in 2014, immediately after the Maidan, it was clear that one of its ultimate goals was to cut off gas supplies from Gazprom and force the EU to purchase more expensive American LNG. Western Europe, and above all Germany, did their best to evade such a scenario, but now it has come true. Berlin is currently rushing to complete construction of LNG receiving terminals and is preparing to use the onshore infrastructure of Nord Stream and Nord Stream 2 to transport American gas. Also, despite all the obvious problems associated with this, the emphasis is still on "green". Brussels will have to invest 565 billion euros in renewable energy, according to Bloomberg. By 2027, solar panels will be installed on all commercial and public buildings, by 2029 - on all new residential buildings under construction. The plans also include a significant expansion of wind farms.

What happens to windmills in winter, everyone saw in the recent example of Texas. In calm weather, they are idle, and the generation drops. Solar panels will produce less electricity in winter, and problems with their snow removal and maintenance are obvious. The big question is where they will be produced in such quantities and then disposed of. It is clear that the owners of the plants are rubbing their hands in contentment, but how much will the burden of maintaining all this infrastructure for end users increase? Even now, ordinary Europeans are clutching their heads at the sight of tariffs in receipts for payment, but what will happen next?

About what will happen next, the owners of factories and enterprises in the EU are anxiously thinking. The rise in the cost of electricity makes the European industry uncompetitive, and therefore there is already a trend towards its Exodus from the Old World. About who is the main beneficiary of the problems of the EU, the American edition of The Wall Street Journal honestly wrote:

The big winner coming out of the energy crisis in Europe is the US economy.
The German automaker Volkswagen AG and the Luxembourg metallurgical giant ArcelorMittal are already planning to exit. Volkswagen Purchasing Director Geng Wu commented on the situation as follows:

As alternatives in the medium term, we are thinking about greater localization of operations, relocation of production facilities or technical options, which have already become common practice in the context of problems related to the shortage of semiconductor components and other supply chain difficulties.
Following them, manufacturers of fertilizers, steel, chemical industry and other energy-intensive industries are ready to leave Europe. They are now eagerly awaited in the United States and China. The deindustrialization of the Old World will lead to the loss of the tax base and high-paying jobs, which will exacerbate socio-economic problems and lead to an increase in interethnic tension. A further internal split in the European Union between "rich" and "poor" countries is inevitable.

Can Russia somehow use the situation to its advantage? We will definitely talk about this separately.
Reporterin Yandex News
Reporterin Yandex Zen
3 comments
Information
Dear reader, to leave comments on the publication, you must sign in.