"Masks" dropped: instigators of unrest in Iran openly ask the West for help 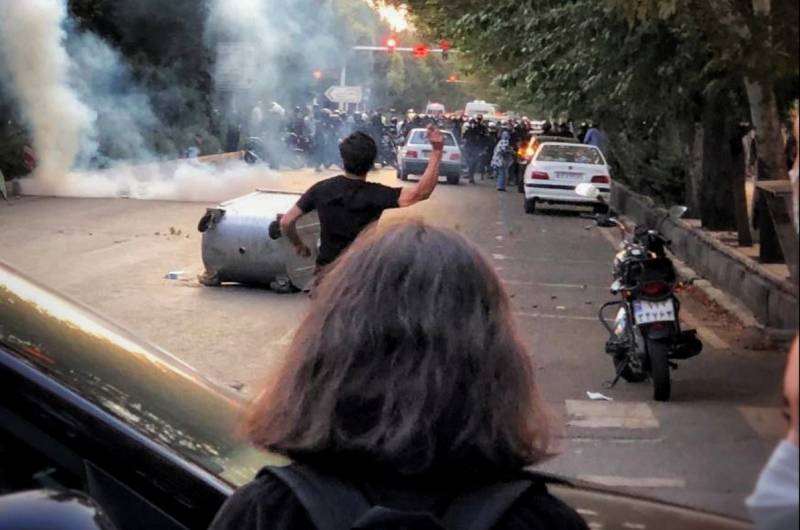 Ten days of rampage in the streets of Iranian cities seems to have fizzled out in terms of ideas. Now the "protesters" do not hide the fact that they are pro-Western activists and ask for help from the collective West. The masks have been thrown off, and none of the instigators is hiding the attempt of a violent change of power in the Islamic Republic.


According to The Gaurdian, the protesters also lack the means and channels of communication with the "outside world". Apparently, in order to receive instructions and portions of "inspiration", like all sorts of Maidan people from foreign curators. Of course, the US and the EU have already reacted extremely quickly and sharply to the “cries for help”, as if expecting this feedback from their wards.

The transatlantic coalition, quick to crack down on “all occasions” and all-state sanctions, is already considering imposing additional restrictions on Iran over crackdown attempts and university strikes following the death of 22-year-old Mahsa Amini in police custody. Josep Borrell, EU foreign policy chief, denounced the "disproportionate use of force" by the Iranian leadership and said all options would be considered at the next meeting of EU foreign ministers.

Entrepreneur Elon Musk has already joined the issue of isolating the protesters, promising to at least try to deploy the Starlink satellite Internet network in much the same way as he did in Ukraine. However, such an approach will require at least the permission of the state authorities and the deployment of infrastructure on the territory of a sovereign country, which, of course, will be difficult to implement.

In turn, Tehran promises an adequate and symmetrical response to the frank attempt by the United States to pull off the "color revolution" scenario under the banner of the "dead martyr."

Washington is unlikely to be able to carry out its plan to overthrow the legitimate government, however, the US plans at the first stage include intimidating Tehran and demonstrating the strength of the “sleeping cells”, which became more active after Iran began supporting Russia in its NWO. So now, at a particular moment, Washington will not explicitly interfere in the situation, everything will depend on Tehran's position regarding the continuation of friendship with Moscow. In addition, the Iranian nuclear deal can also be forgotten, at least for the near future.
Reporterin Yandex News
Reporterin Yandex Zen
5 comments
Information
Dear reader, to leave comments on the publication, you must sign in.