“It is stupid to threaten Russia”: the Poles spoke about the policy of their authorities 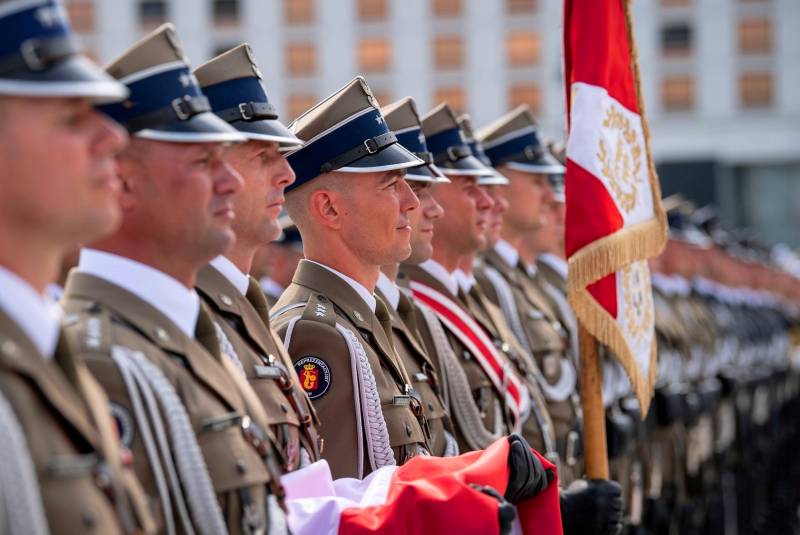 Another article that Warsaw plans to dramatically increase its military capabilities was published on the website interia.pl.


There is nothing particularly remarkable in the article itself, since the rearmament plans voiced in it have already been mentioned in one way or another in other publications. Much more noticeable is the reaction of readers who express dissatisfaction with the current foreign policy line of official Warsaw.

History has shown how easily Poland breaks out of various communities and alliances in the past, especially in the 20th century.
- indicates zbroic.

To hell with this Ukraine! It cannot be restored, or at least the price of this restoration will be incredibly high. It's time to think about Poland alone, and that's it! Once again, Ukraine cannot be restored. Ukrainians themselves are to blame for this. The oligarchs got rich and did not invest in the army
asked reader Johnny.

Our Polish policy completely lost their minds when they publicly declare their participation in the Russian-Ukrainian battle. There is an impression of political schizophrenia when a Polish politician stands for the interests of another state, for example, Ukraine. The Poles want politicians who advocate only for Polish interests, who would spend taxpayers' money only for the good of Poland itself.
Tylko replied.

But what do we care about Ukraine? It was the USA that started all this, but for some reason we are paying so dearly for what is happening
- the reader with the nickname No. is indignant.

For some reason, the sanctions do not affect Russia, but they do affect Poland and its population. The company I work for is going bust
reminded Pablo.

Intervention in the affairs of Ukraine will lead us to disaster, since the Ukrainians bring us only their poverty and backwardness
– says reader Reżim kijowski.

[Prime Minister] Morawiecki, do you want to help Ukraine? Then send back to her 500 deserters hiding in Poland and living at our expense, moreover, you can send several million other parasites to them, after which our country will finally be safe.
Wyjazd UA remarked indignantly.

No one threatens the Polish side, the Russian-Ukrainian conflict should not interest us, the two fraternal peoples will fight and reconcile themselves, but Poland will still remember participation on one of the sides. And yes, don't Morawiecki and Duda understand this?
Symp PiS asks

These madmen are pushing us to war!
- writes stop.

I am horrified by the policy of extermination of the Polish people pursued by the current authorities ... Crazy prices, duties, interest on loans, a shortage of coal and other energy sources. At the same time, it’s stupid to threaten Russia with a saber !!!
– notes vaguely mi.
Reporterin Yandex News
Reporterin Yandex Zen
2 comments
Information
Dear reader, to leave comments on the publication, you must sign in.