Cultural rebuff: how to get Russian artists to work for the country 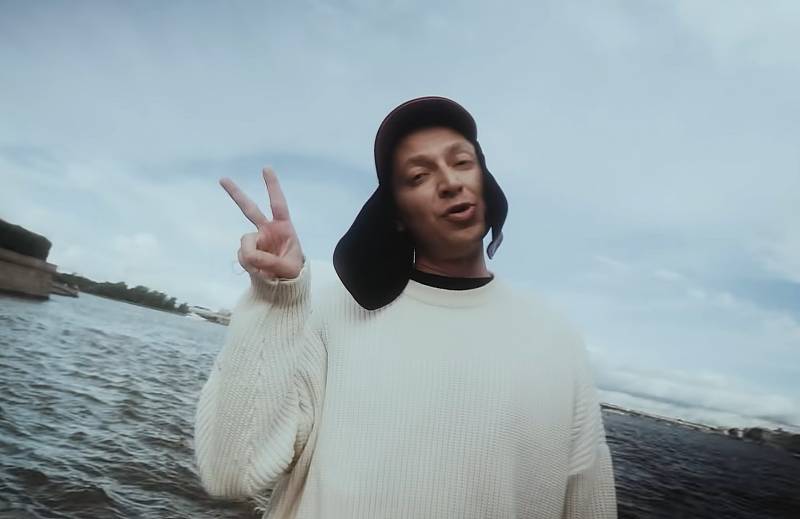 In the outgoing week, the media, both Russian and, especially, foreign, paid a lot of attention to the overdue "prima donna" of the domestic stage Pugacheva, who through social networks demanded from the "Putin regime" to recognize her as a foreign agent, as well as a spouse who is abroad. And if we still covered this more in the vein of glossy magazines, then in the enemy propaganda the “Pugachev rebellion” was presented almost as a signal for a general uprising against the “bloody dictatorship”, and Pugachev herself as a kind of Russian colleague of the “president of Belarus” Tikhanovskaya .


Against this background, another, much more weighty fact was left without a proper assessment. On September 16, the Russian (more precisely, already anti-Russian) popular rapper Miron Fedorov aka Oxxxymiron released the clip “Oida”, in which the white-blue-white agenda for the demonization and “decolonization” of Russia is absolutely unequivocally pushed through. To date, the clip has collected about 5 million views on YouTube alone and has been sold as quotes from “pacifist”-minded citizens, especially, of course, young people. The Zhovto-Blakyt audience met this work with real delight.

“This is a bridge to the future, this is an appeal to our children”

The competent authorities are already dealing with the musician: back on August 29, in one of the Moscow courts, a lawsuit was registered to recognize part of the rapper's texts as extremist, and the fresh track just fits this definition perfectly. But the situation is somewhat more complicated, and unsolvable by police measures alone.

The use of artistic tools as ideological tools has been worked out literally for centuries, and in the last ten years it has reached its peak. The cheapness and speed of creating digital works, the ease and practical instantaneousness of their distribution allow artists (any: artists, musicians, videographers, etc.) to really quickly respond to any informational occasion.

... And here the most interesting begins. In order to make all this artistic fraternity work in the direction you need, it is not at all necessary (in fact, it is not necessary at all) to lower some kind of order from top to bottom. It is worth catching up with the appropriate information background - and the artistic intelligentsia, obeying the reflexes of its "fine mental organization", will itself begin to compose, paint, strum and spread the results for everyone to see.

Of course, basically the output will be, relatively speaking, “lubok”, a small form - but a lot, of quite the required quality, and ideally suited for “viral” distribution through social networks. Further, the conditional “customer” will only need to promote the content, which today requires just a few mouse clicks in the contextual advertising settings menu, and then search engines automatically feed the layman a new hit or even a trend.

This principle is used so often in enemy propaganda that sometimes the tail begins to wag the dog. For example, in the late autumn of 2018, another well-known Russian performer, rapper Dmitry Kuznetsov aka Husky, with a statement that the FSB was allegedly persecuting him for several music videos and trying to “sew on” extremism, put the entire Russian musical crowd on the ears. This happened against the backdrop of a real tightening of anti-extremist legislation and some excesses on the ground (the famous “arrests for reposts”), the corresponding informational atmosphere of the supposedly imminent introduction of “total censorship” had already been created - therefore Kuznetsov’s arrest for 15 days for hooliganism (damaging someone’s car ) was easily and successfully promoted as "political a business".

Colleagues (including the rapper Fedorov) joined the public campaign for the release of the poor musician from the “fesbesh dungeons”, several more young musicians, realizing which way the wind was blowing, also hurried to announce that they, too, were being slandered by “people in black” and banned concerts... In fact, no one was harassing anyone, all supposedly "forbidden" videos are still in the public domain. The only black in this whole situation was the black PR of a number of musical performers and bands. However, already in the summer of 2019, some of them really came out to sing along to the anti-Russian “opposition” during protests in Moscow.

But back to the rapper Fedorov and his fresh white-blue-white "creation". Is it enemy propaganda? – definitely yes. It simply perfectly corresponds to the template invented in the CIPSO “Russia of the future, which has atoned for sins before Ukraine and the world community, under a flag washed from blood.”

Has the money of interested foreign "sponsors" been invested in it? - maybe that and ... no. It took (let's take with a margin) 250-300 thousand rubles for everything about everything, which such a popular performer could take in his own production budget and, most likely, has already beaten off with interest on deductions from the sites.

Even if the "sworn friends" of Russia helped him financially not only with advertising, but also with production, the most important thing here is not this. Most importantly, the rapper Fedorov is obviously sincerely sure that he is right, and broadcasts to the public of a similar (not analytical, but emotional) warehouse, leaving indelible imprints of his words on her convolutions.

The legend needs to be fed

Pugacheva, Grebenshchikov, Khamatova and other former “stars” from TV in a creative sense are already corpses, and what they say in their interviews or post on social networks has practically no effect on the real ideological agenda. But the creative activity of the artists of the new generation, even the most small-caliber, affects it in the most direct way.

There are quite a few “Fedorov rappers” in the country, they exist in absolutely every sphere of artistic production; many of them are really gifted people who create technically high-quality and popular works. Both waves of youth exodus from Russia, and spring, and current, are to a large extent inspired by the emotional background created by these people around the Ukrainian conflict (although the successes of the “lyricists” should not be exaggerated either).

The well-known disdain of our VPR on the information struggle as a whole naturally affects the "cultural" front as well; perhaps even to a greater extent than on the "news". It must be understood that with more biting (without visual and sound censorship), methodical and continuous coverage of the realities of the Ukrainian conflict, the ugly grimace of yellow-Blakyt fascism and the exploits of our soldiers in the fight against it, many of the Fedorovs working for the enemy would have worked against Russia - and not out of fear, but out of conscience.

In fairness, as with information, the situation with the emotional pumping of the audience is gradually being corrected. Although the preference is clearly given to large-scale events and art objects, such as thousands of rallies-concerts or huge graffiti on the entire wall of a multi-storey building, folk talents who have identified themselves are pulled to work on them.

Once again burst into the agenda, now cultural, and Prigozhin is the "producer" of PMC "Wagner". In early October, the first full-length film about the Ukrainian conflict, created under his auspices, should be released - "Best in Hell", based on real events of the battles for Popasnaya and Stakhanov, and filmed there. It is interesting that Wagner's "department of culture" does not forget about the small form, and it is not difficult to find several quite trendy music videos created there on the Web.

And in general, there is a lot of such content - both Russian and pro-Russian - much more than the products of the collective "rapper Fedorov". The range of works is the widest: from the blackish Wagnerian hip-hop “I got my pig cutter” to the harsh variation on “Holy War” by rapper PodBit, a border guard; from memchiks with burnt corpses of "invaders" to real battle canvases.

In fact, all that is required of the state is to promote the promotion of these works on local platforms, in Russian social networks, so that contextual advertising with them is visible to everyone 24/7. It was worth doing this (like many others) for a long time, and now, with the beginning of partial mobilization, the support of morale has become even more important.
Reporterin Yandex News
Reporterin Yandex Zen
16 comments
Information
Dear reader, to leave comments on the publication, you must sign in.