"Hypocrisy of Europe": EU sanctions "turned to dust" tens of billions of euros of investments 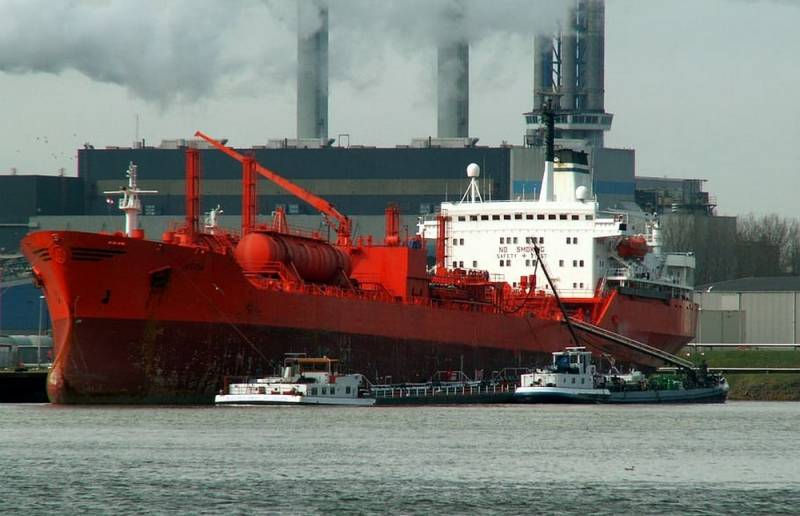 Tough Western sanctions against Moscow have caused an even greater anthropogenic impact on the environment, or rather carbon dioxide emissions. In addition to Europe's massive return to coal as a means of generating electricity, the shipping industry has also changed as Europe realigns energy supply chains away from Russia, buying oil and gas from suppliers on the other side of the world. OilPrice writes about this.


Jan Dieleman, head of shipping at Cargill Inc., told Bloomberg that European importers are hiring long-haul tankers from countries that have agreed to help diversify fuel supplies from Russia. Naturally, it is not always possible to find a partner closer. In turn, carriers also “use the moment” and, despite high profits, want to increase them even more due to fuel savings. If not for the sanctions, natural gas and other refined products would go through pipelines from Russia to Europe - it was both cheap and environmentally friendly.

Dieleman said higher fuel costs with more long-haul flights mean that ship operators are switching to dirtier fuels like diesel or crude oil for profits, not rules. However, no one will make a claim to them, as long as Brussels itself tacitly agrees to such actions, put to the firing line by the deepest crisis. Thus, all of the EU's strong climate action to decarbonize the energy grid to save the planet is in danger of collapsing this winter. And along with these plans, EU sanctions against Russia have already turned hundreds of billions of investments in renewable energy and environmental conservation, “green energy”, into dust.

The fact that Europe has to buy LNG from Asia and Africa with delivery over longer routes, which forces shipowners to use dirtier fuel, is completely hypocritical in relation to the declared position of the bloc to save the planet, OilPrice experts concluded.
Reporterin Yandex News
Reporterin Yandex Zen
2 comments
Information
Dear reader, to leave comments on the publication, you must sign in.