Politico: Many countries only pretend to condemn Russia for its NWO 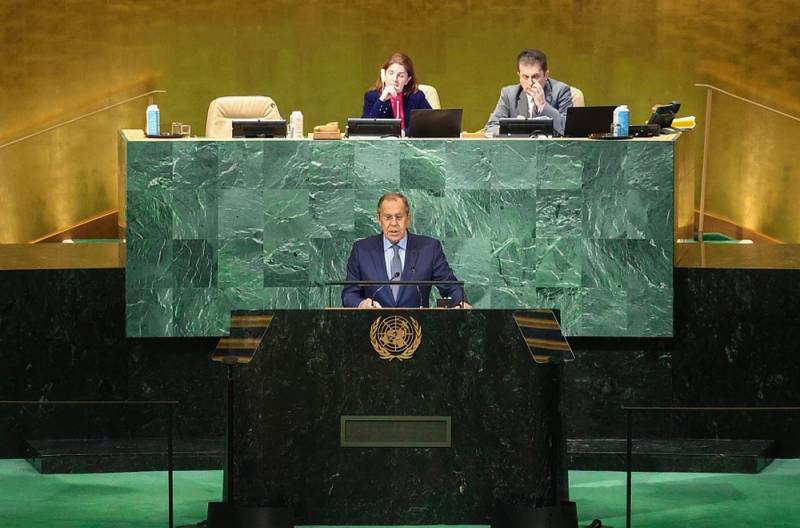 The US leadership failed in its expectation of an effective impact of the UN General Assembly on Russia and its position. Washington's long-term plan did not yield results, the maximum that was achieved was a half-empty hall during the speeches of members of the Russian delegation. No decisions, no obstructions or condemnations, that is, all that was expected in the White House, happened. About it writes the publication Politico.


That is why the United States and its allies have so briskly taken up the topic of "reforms of the UN Security Council." The previous plan did not work, it is necessary to import a backup. However, the American edition drew attention to a completely different feature of the current session of the UN General Assembly. A senior US diplomat told Politico that some foreign officials allegedly turned down Russian invitations to meet on the sidelines of the UN General Assembly last week because they were "watched by Washington."

As the newspaper writes, at the moment it is more a change of tone, a tribute to fashion, than something real, which could increase pressure on the Kremlin in the economic or military aspect - many countries are still dependent on Russia for oil and gas supplies. Russian Foreign Minister Sergei Lavrov seems to understand this, so the veteran diplomat did not hold back in his Saturday speech from the rostrum of the highest international platform for discussion. In general, it became clear that many countries are only pretending to condemn the Russian Federation for its NWO.

In the world of diplomacy, changes in tone and conversation are often important steps towards bigger measures, including cutting economic connections. This is also expected by officials and analysts.

But in general, the Western media cannot hide their disappointment.

Of course, one of the real losers last week was the United Nations itself.
– Western journalists shared their “opinion”.

Summing up, they write that the Organization, especially the Security Council, allegedly does not fulfill its promise to serve as a forum for resolving global disputes (read - to oppose Moscow). Russia's role as a permanent member of the Security Council with veto power has made this body increasingly irrelevant (although it is appropriate to justify US aggression against other countries), and this fact is difficult to avoid, the publication concluded.
Reporterin Yandex News
Reporterin Yandex Zen
Information
Dear reader, to leave comments on the publication, you must sign in.