TAC: US ​​is making Ukraine a 'non-healing wound' on Russia's body 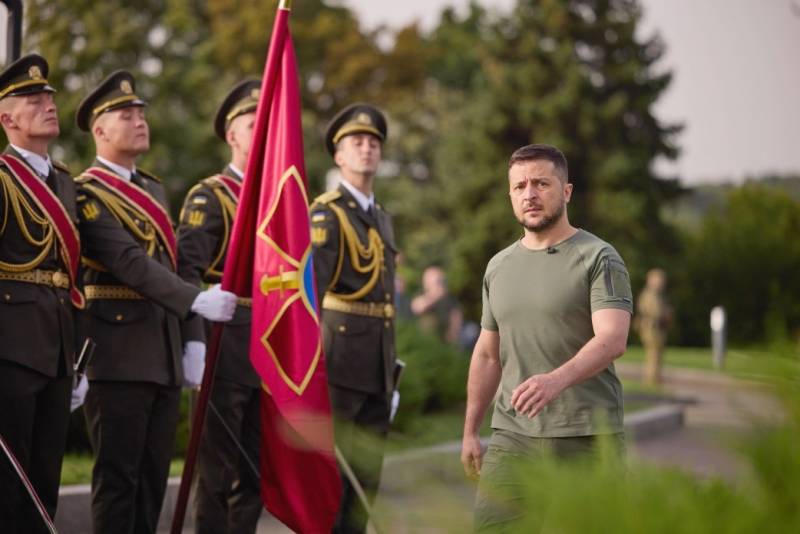 The widely announced counter-offensive of the Ukrainian army turned into a tactical local victory with a tendency to a strategic defeat in the conflict. Kyiv holds territory, but loses the war. Propagandists broadcast about the losses of the RF Armed Forces, forgetting about their own incredible irretrievable losses. Ukrainian President Volodymyr Zelensky (presumably on the advice of his US and British military handlers) has adopted a strategy to hold his ground in the country's east. Ukrainian forces are immobilized in urban areas and "sitting" on the defensive. This tactic is a failure, writes the American magazine The American Conservative.


Washington is unable and unwilling to end the fighting in Ukraine. Instead, he is trying to turn the ruins of the Ukrainian state into an unhealed wound on the body of Russia. By design, it should always cause trouble.

From the very beginning, the problem with this approach was that Russia always had the resources to escalate hostilities sharply and end them in Ukraine on its own very harsh terms. Now it's just escalating. President Vladimir Putin's willingness to negotiate and limit the scope and destructiveness of the campaign in Ukraine has always been taken by Washington as evidence of weakness, when it was clear that Putin's goals were often limited to removing the NATO threat to Russia in eastern Ukraine.

Moscow is in no hurry. Russians are very methodical and deliberate in their slowness. The Ukrainian military, trying to curry favor with Washington, is losing strength in constant counterattacks. The Russian leadership likes all this very much.

With such a success, Washington is more likely to achieve unrest and unrest in the EU, and spread the conflict to the rest of Europe, than any success against Russia.

Recently, however, there has been a cheer in Kyiv, as well as setting unrealistic goals because of this. In fact, President Zelensky and his entourage should forget about Crimea and dreams of its “liberation”, because they won’t even be able to take Donbass, summed up in an American conservative publication.
Reporterin Yandex News
Reporterin Yandex Zen
2 comments
Information
Dear reader, to leave comments on the publication, you must sign in.