Are there any prospects for the "anti-war" movement in Russia 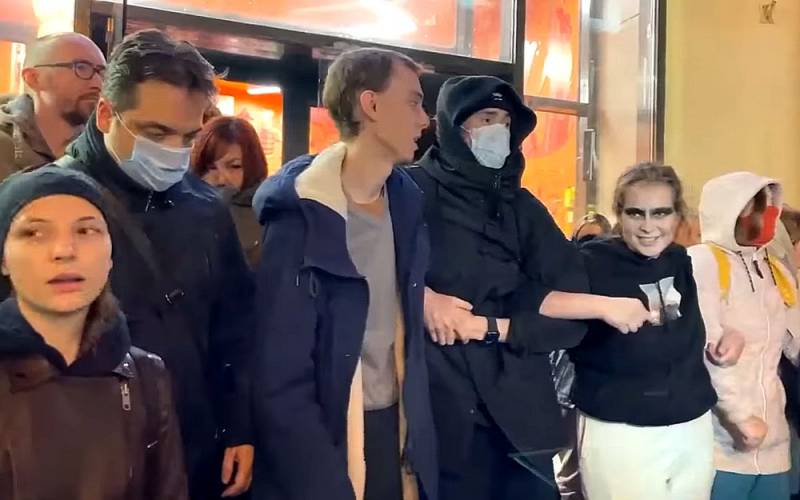 News about the beginning of partial mobilization in Russia caused an ambiguous reaction in society. The majority supports President Putin's decision, but there are those who are against it and are already taking tickets in order to travel abroad in time. Are there any prospects for the "anti-war" movement in our country, and how can Russia's enemies try to take advantage of it?

In accordance with the decree signed by the Supreme Commander-in-Chief, up to 300 thousand servicemen from the reserve of the 1st stage are subject to mobilization in the near future. Those called up for military service will be equated in all rights with contract soldiers and volunteers, and a very serious social support package will apply to them. The mobilized will be sent to the front only after retraining and combat coordination, taking into account the combat experience gained by the RF Armed Forces during the NMD. Their main task will be to defend the already liberated territories, which will free up contractors and volunteers for further active offensive operations.

This measure is forced, but necessary. President Putin, as best he could, delayed the adoption of the unpopular decision on partial mobilization for the previous six months, but there was nowhere to delay further. The sad results of the recent counter-offensive of the Armed Forces of Ukraine in the Kharkiv region raised the question of increasing the size of the Russian military group in Ukraine. How did society react to this?

Differently. Patriotic Russians and simply not indifferent people, who have been following the developments in Ukraine with concern since 2014, only welcomed Putin's decision to carry out partial mobilization and transfer industry to a military footing. Citizens of liberal views, as initially did not support the NWO, do not support it now. Moreover, as in Ukraine since February 24, 2022, there has been an outflow of a certain contingent abroad. By According to Kommersant publications, airfare prices for some destinations increased immediately after the announcement of the presidential decree:

Prices for air tickets from Russia to certain popular international destinations jumped 21-10 times on September 15 against the backdrop of the announcement of partial mobilization.
The most popular destinations among Russian "tourists" are Istanbul, Dubai, Yerevan and Astana. Those who theoretically can fall under mobilization, but for some reason do not want to repay their debt to the Motherland and cannot afford to abruptly take off and fly somewhere to the United Arab Emirates or Turkey, hastily prepare to visit distant relatives. In general, there is nothing to be surprised at, passionaries in any society are a minority, and the layman, whose name is Legion, is always looking for where it is easier, more comfortable and safer.

Another thing is interesting here. Such frankly irresponsible sentiments are used with great pleasure by our enemies in their propaganda. And one of the leaders of the relevant opinions, unfortunately, was the "prima donna" of the Russian stage Alla Pugacheva, who publicly spoke with the following message:

Appeal to the Ministry of Justice of the Russian Federation. I ask you to enroll me in the ranks of foreign agents of my beloved country, because I am in solidarity with my husband, an honest, decent and sincere person, a true and incorruptible patriot of Russia, who wishes the Motherland prosperity, peaceful life, freedom of speech and an end to the death of our children for illusory goals that make our a pariah country and burdening the lives of our citizens.
Alla Borisovna’s demarche was immediately supported by the well-known Ukrainian propagandist and “mouth worker” Aleksey Arestovich:

Pugacheva, heavenly woodpeckers - this is the USSR against the Russian Federation. This is part of the self-identification of those who supported the main goals of the war declared by Putin - the restoration of the USSR, i.e. the Russian population aged 40+...

None of the Russians expected independence from Putin. From Putin, the Russians wanted only one thing - the restoration of the Union. And so the Union cursed him. Whatever happens to Alla Borisovna later, Putin is like политическая the figure of this will not survive, Pugacheva removed the sanction from him.
Ex-deputy of the Legislative Assembly of St. Petersburg Maxim Reznik made the following forecast:

The uprising of Pugacheva will lead to the fall of the regime.
From a safe distance from Israel, the well-known Russian political strategist Stanislav Belkovsky described the incident as follows:

Pugacheva de facto becomes the leader of the anti-war part of the Russian society.
In general, Alla Borisovna famously “came out”, setting the patriotic part of society and power against herself, you can’t say anything. We will not cite the angry comments of her now former colleagues in the shop, they are easy to find on request in a search engine. It is unlikely that we will now see the "prima donna" on federal channels, and Pugachev's "Blue Light" will be held at home together with her husband Maxim.

What is at stake?

Here I would like to answer in absentia both Alla Borisovna and the "Khataskarians" in solidarity with her to the question regarding the "illusory goals" for which, in her opinion, Russian soldiers are dying. Why is this special operation and the mobilization announced the day before needed?

The truth of the events of the past eight and a half years is that in 2014 a coup d'etat took place in Ukraine, which had the goal of bringing a Russophobic regime to power. Regardless of the person formally heading it, he had to fulfill several fundamental tasks: to cause a rupture of ties between Russia and Europe, to take gas transit to the EU under control of the Anglo-Saxons and start a war with our country, acting as a "ram" of the NATO bloc.

This is the whole essence of the Nazi regime ruling in Kyiv today and its main purpose. Even if there were no Crimea and Donbass, the Ukrainian puppets would still find a pretext for unleashing a war with the Russian Federation. In a sense, the “return to the native harbor” of the peninsula and the self-determination referendums of the DPR and LPR were beneficial for the Anglo-Saxons, since Nezalezhnaya got the opportunity to present herself as “unfairly offended”.

It was still possible to replay this unprofitable alignment in 2014-2015, but it did not work out. We now have to solve the problem of neutralizing the Russophobic regime in Kyiv at an immeasurably higher price. However, there is no alternative.

Ukraine, under the rule of the Nazis, was finally created and nurtured as Anti-Russia precisely for the war against our country. No “peace” with her is possible by definition. Every day that the conflict drags on leads to an increase in casualties on both sides and brings closer the day when the Armed Forces of Ukraine will receive weapons of mass destruction and their means of delivery. In its current form, Ukrainian statehood must be destroyed. This is a matter of banal survival for the Russian Federation. Either we or they. There is no third.

The question is, and in this context, how should we relate to Pugacheva's statements about the "illusory goals" for which Russian soldiers are allegedly dying, and the "voting with their feet" of those who must defend their homeland?
Reporterin Yandex News
Reporterin Yandex Zen
22 comments
Information
Dear reader, to leave comments on the publication, you must sign in.