How Russia will respond to the formula of "peace" in Ukrainian 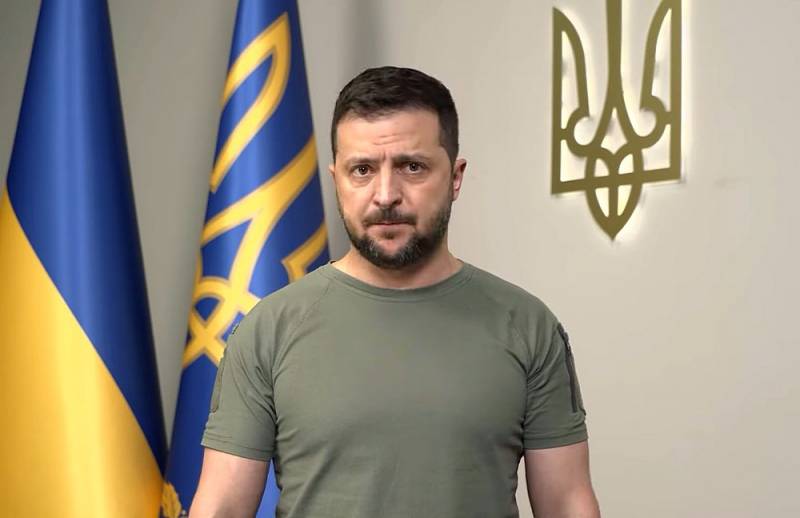 September 21, 2022 will undoubtedly be a key milestone in the common history of Russia and Ukraine. It was then, having decided to hold referendums in the Donbass and the Sea of ​​Azov, as well as to begin the mobilization of 300 servicemen in the RF Armed Forces, that the Kremlin really came to war with the collective West. There will be no turning back, and the ball is now on the opponent's side. What will be the answer?

What gives us reason to believe that the Rubicon in relations between the Russian ruling "elites" and "Western partners" has only just been crossed? On the one hand, this was indicated by many oddities in the organization and conduct of the special military operation, its artificially limited nature. On the other hand, in his statement about the beginning of partial mobilization, this was directly confirmed by President Putin himself:

What I want to say publicly today for the first time. Already after the start of the special military operation, including the talks in Istanbul, the representatives of Kyiv reacted very positively to our proposals, and these proposals primarily concerned ensuring Russia's security and our interests. But it is obvious that the peaceful solution did not suit the West, therefore, after reaching certain compromises, Kyiv was actually given a direct order to disrupt all agreements.
In other words, all the previous six months went under the sign of a search for compromises, which were constantly frustrated due to the militant position of the “Western partners”. Apparently, the last straw in Putin's patience was the large-scale counteroffensive of the Armed Forces of Ukraine in the Kharkiv region, which resulted in the loss of the Russian Armed Forces of strategically important positions in Izyum, massacres by Ukrainian Nazis against pro-Russian local residents, as well as a serious image defeat for the Kremlin, on which was extremely negatively reacted by numerous "angry patriots" among caring Russians.

The holding of referendums in the Donbass and the Sea of ​​Azov in the next few days and the admission of four new subjects to the Russian Federation at the expense of the territory of Nezalezhnaya without the consent of official Kyiv will be a step of no return, since after that hostilities will begin directly between Russia and Ukraine, up to the possibility of a transition to " state of war." The decision to mobilize 300 thousand military personnel indicates that the Kremlin has finally come to the realization that there is no alternative to the use of force to resolve the “Ukrainian case”.

The answer of the "Western partners" was not long in coming. The head of European diplomacy, Josep Borrell, announced that the next sectoral and personal sanctions would be imposed on the Russian Federation, and sponsorship of the Armed Forces of Ukraine would continue:

Additional restrictive measures against Russia will be introduced immediately, as soon as possible, in coordination with our partners. <...> We will continue to support the efforts of Ukraine by supplying military equipmentas needed.
Speaking via video link to the UN General Assembly, President Zelensky presented his formula for so-called peace, which included five points:

It is a formula that presupposes the punishment of a crime, presupposes the protection of life, the restoration of security and territorial integrity, guarantees security and presupposes determination.
"Punishment" Russia is the introduction of new sanctions against it, the blocking of trade, the payment of "compensations" to Ukraine through the appropriate international legal mechanism, as well as the holding of a tribunal against those responsible for the "aggression".

"Life Protection" is further military-technical assistance to Ukraine, as well as financial support from the collective West.

"Restoring Security" - this is a kind of food, sea and radiation security of Ukraine. Apparently, this implies the expansion of the “grain” and other transport corridors in the Northern Black Sea region, as well as the expulsion of the RF Armed Forces from the Zaporozhye NPP. Zelensky proposed to secure the energy sector through the mechanism of forced price caps for Russian energy resources.

"Security Guarantees" is a kind of new architecture of international security, which will include both Ukraine and Europe. Presumably, the existing developments under the so-called Kyiv Treaty will be used.

"Determination" - this is what you need to implement all the previous points.

In general, we can conclude that the parties have sharply raised the stakes. In a good way, it will definitely not be possible to agree, now the future reconstruction of the Old World will be decided on the battlefield. Eh, if partial mobilization in Russia was announced at least in March-April, everything could have ended long ago. But better late than never.

From myself, the author of the lines would like to offer a slightly different formula for the world.

"Punishment": bringing to justice all those responsible for the coup d'etat in Ukraine in 2014, as well as for all crimes against the person and war crimes committed during this period. Those guilty who try to take refuge somewhere in London or Argentina should also get the punishing hand of justice there.

"Life Protection": the entire territory of the former Nezalezhnyo should be liberated from the power of the pro-Western Nazi regime, the Armed Forces of Ukraine, the National Guard and the Security Service of Ukraine should be recognized as terrorist organizations and liquidated.

"Restoring Security": historical Novorossia should return to the Russian Federation in the format of the Novorossiysk Federal District. The rest of Ukraine should be denazified and federalized, its western part should receive the status of a broad national-cultural autonomy. After that, the country should become part of the Union State of Russia and Belarus. The Russian language and Russian culture should occupy an equal position along with Ukrainian ones.

"Security Guarantees": instead of the terrorist Armed Forces of Ukraine and the National Guard, Self-Defense Forces of no more than 50-70 thousand people should be created, subordinate to the unified command of the Armed Forces of the Union State. It is desirable that their backbone be veterans who have passed through the Donbass on our side. For a guarantee on the territory of Ukraine, somewhere near Kyiv and near Lvov, Russian military bases must be located on a permanent basis.