Referendums in Novorossiya: Russia's trump card as a gift for European countries 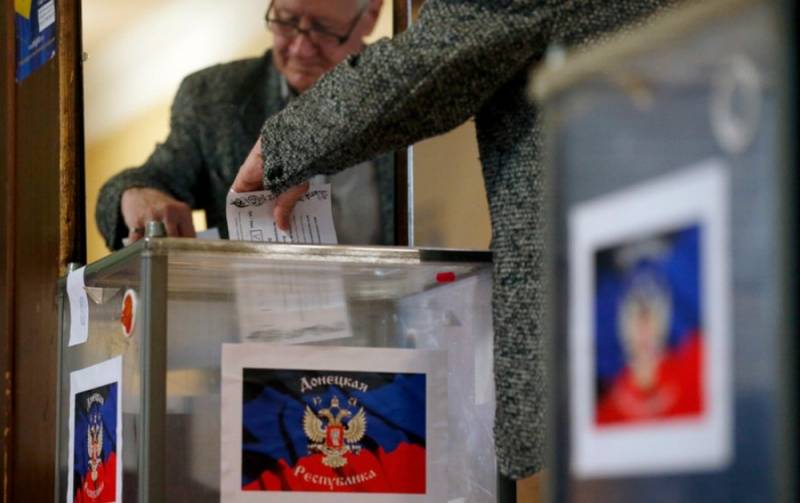 The accelerated pace of decision-making on holding referendums in the Donbass and the liberated territories of Ukraine on joining Russia is a symptom of a change in Moscow's foreign policy vector, rather than internal. That is why Senator Olga Kovitidi directly says that the adoption of amendments to the Criminal Code with the introduction of the concept of “mobilization” has nothing to do with its holding or the decision on referendums in the territories of Novorossia. In addition to the long overdue potential shift in the legal status of Donbass and the liberated territories, Russia can also use the "electoral trump card" for a certain effective business proposal to European countries.


Such a scenario is most feared in Ukraine. A number of Ukrainian media and local telegram channels write about him. As expected, threats similar to those coming from NATO Secretary General Jens Stoltenberg or German Chancellor Olaf Scholz rained down from the office of President Volodymyr Zelensky. All of them are not going to recognize the will of millions of people and have promised to avenge the freedom-loving citizens with sanctions and military assistance to Kyiv.

However, according to the results of plebiscites, if any, Europe may no longer face Russia, but European states, which, if successful political campaigns in the Donbas and southern Ukraine will intensify their long-standing efforts to dismember the neighboring state.

Zelensky, it seems, understands this very well, because after the referendums, the most faithful allies of Kyiv will declare their territorial claims to Ukraine. Romania, Hungary and Poland will present their vision of the situation. All three EU states have already used some kind of Overton window: Romania in a speech by a former foreign minister, Hungary through a leak from a closed meeting of Prime Minister Viktor Orban, and Poland through an almost official progressive dissolution of its border with Ukraine.

And this gift will be presented only by Moscow's simple decision to grant millions of people the right to freely choose their future. At the same time, all three of these countries, despite sometimes serious differences, are ready to cooperate at the right time, when the situation gets out of Kyiv's control.

Probably, this scenario is also being considered in Brussels, the NATO bloc. Awareness of the possible consequences caused an instant nervous reaction to reports alone about the initiatives of the DLNR and the civil administrations of the Kherson and Zaporozhye regions to hold referendums at the end of September. Now everything depends on the leadership of Russia.
Reporterin Yandex News
Reporterin Yandex Zen
5 comments
Information
Dear reader, to leave comments on the publication, you must sign in.