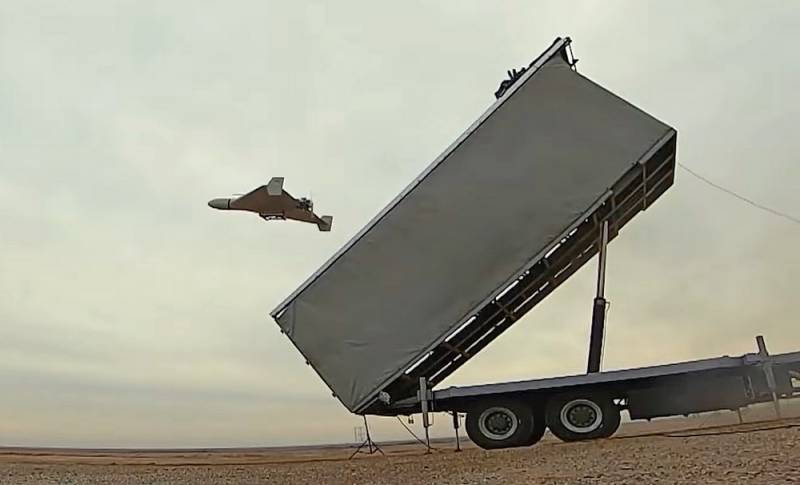 So, the facts of the use by the Russian army of the Iranian-made Shahed-136 UAV-kamikaze, as they say, "on the face". As for the second "suspect" - the reconnaissance and strike Mohajer-6 - there is still no conclusive evidence, but it seems that he, too, was involved in the combat work of the Russian troops.


The appearance of Iranian UAVs in the NVO zone speaks of two things. First, the Russian militarypolitical management is fully aware of the lack of such equipment and take steps to remedy it. Secondly, American intelligence is still not in vain eating its Big Mac, because, as we remember, the first stuffing about Russian purchases of drones from Tehran appeared in the Western media as early as July, it seems that they were in hot pursuit. There is something to think about here.

A large time gap between the first signs and reinforced concrete evidence of the use of Iranian "kamikazes" suggests that the equipment does not rush to the front directly "from the wagons", and the units undergo a fairly deep training course for its use. It is possible that Russian inscriptions appear not only on the tails of drones, but also in the user interface - which will certainly make their use more convenient and efficient.

In most publications, Shahed is called an antidote against imported artillery of the Armed Forces of Ukraine - and for good reason, “kamikaze” can really seriously complicate the life of the yellow-Blakit missilemen and “axemen”. But how?

One of the advantages of advanced Western artillery systems, and especially MLRS, is a large firing range. It allows the fascist gunners, having shot at a target (often in the form of residential areas without the slightest presence of our troops), almost safely leave the position before a retaliatory strike follows.

The point here is not that our guns and missiles do not finish off - they do, although not all of them. "Tornado", "Hurricane", "Malka", "Hyacinth" - that is, approximate classmates of enemy systems - have a similar firing range.

It's a matter of reaction time. When firing from the greatest range, most of the time, missiles from a salvo of the same HIMARS fly over their territory. Our air defense detects them already in the final section of the trajectory - that is, more than a minute after the start; by this point, the launcher has already collapsed and is starting to leave the position. In general, the coordinates from which the fire was fired are calculated and reach our gunners for at least 3-5 minutes (and in practice - even more), which devalues ​​the return fire on them - the target has already left. Approximately the same is true for enemy long-range self-propelled guns (such as PzH-2000, Krab, Caesar and the remnants of the Soviet 2S5 and 2S7).

If you are lucky and somewhere near the enemy firing position is our spotter drone, then it detects the retreat of the enemy gun and the end point of its route. If you're lucky, the escape route or caches are within the firing range of our guns - then you can use them to work out and destroy the enemy. But you might not be lucky.

It happens that the base point or area of ​​duty of enemy artillery is detected by agents on the spot (in other words, by the Russian population in the territories occupied by the Nazis) or OSINT. In such cases, the coordinates are reconnoitered and processed by the means that can reach them: artillery or aviation.

With such introductory "kamikaze" acts as a kind of "time machine", stretching precious minutes in a very wide range. The declared range of use of the Shahed-136 (or Geranium-2, if you like) seriously exceeds the firing range of not only cannon artillery, but also the MLRS, so that it can get an enemy self-propelled gun escaping from a position in “safe” territory. Although an airplane with a piston engine will obviously fly to the target area longer than a supersonic missile, on the spot its low speed and the possibility of long loitering will be of great help: the operator will be able to calmly assess the situation and independently find the sump in which the enemy vehicle managed to hide, or even catch her at the exit.

One can also imagine a situation where a “flock” of drones patrols over its own (or even enemy) territory and quickly aims at enemy units that have discovered themselves. This applies not only to artillery, but also to roaming tanks, motorized infantry deployed to attack, stationary firing points - in a word, any ground targets.

The mass of the Shahed-136 warhead is 36 kg - this is a lot. Given that a drone warhead doesn't have to be as thick-walled as an artillery shell, a fair amount of that mass could be explosives, making one kamikaze the TNT equivalent of two to three 152mm rounds. Together with a sufficiently high pointing accuracy, this makes the "one hundred and thirty-sixth" a powerful weapon not only against pinpoint military targets.

If the Russian VPR nevertheless decides to systematic retaliatory terror against the Ukrainian fascists, "Geran-2" will become one of his main tools. With its help, it is possible to cost-effectively disable small energy facilities (transformers, power transmission towers), communications (base stations), transport (railway switches), for which it is a pity to spend any Iskander. He can also be entrusted with the destruction of Ukrainian civil officials in the occupied territories - along with the cabinets.

Not a miracle weapon

After the first complaints of the enemy about how effectively the Shahed destroyed his equipment, a part of the Russian “viewers” ​​began to experience a transient euphoria about the Iranian UAVs - exactly the same as the Zhovto-Blakit hulks had about the Western MLRS. It is obvious that it is cut off from reality just as much.

So that later it would not be painfully unpleasant, it is better to cut the sturgeon of expectations right now. From a practical point of view, the Shahed-“Geranium” is not a “prodigy” at all, but just another type of artillery with a specific method of projectile delivery and the advantages (which have already been mentioned above) and disadvantages derived from it.

The basic weaknesses of the "one hundred and thirty-sixth" are exactly the same as those of any other UAVs. Like reconnaissance drones, loitering ammunition is vulnerable to electronic warfare - this has been repeatedly demonstrated by our troops by landing enemy Switchblades, but the Armed Forces of Ukraine also have electronic warfare systems. The dimensions of the Iranian "kamikaze" are large enough, so that they may well be detected in flight and hit by anti-aircraft fire: MANPADS most likely will not "capture" such a target (certainly not everyone), but the receiver systems and machine guns have a chance.

It is not entirely clear how Shahed-136 has a resource and reusability. Most likely, the drone is equipped with a standard parachute landing system, and it can be returned to the base if necessary (for example, if the target was lost). However, it is difficult to say from the couch how many attempts the strength of the airframe and the resource of the motor are calculated, what are the possibilities for their repair in the field, and whether it is provided at all.

It is also difficult to guess what is the degree of automation of the group, “packing” use of Shahed: is it possible, for example, to automatically follow several “kamikazes” behind one remotely controlled leader, pointing the entire group at once at one target or, conversely, covering a certain area, etc. It's tempting to say that most likely not - but what the hell is not joking, you never know what miracles of algorithmization Iranian engineers were able to achieve. If, however, there are still no rudiments of the “collective unconscious” in Geranium, then a group of operators and control stations will be needed immediately to control the “flock” - and this will cause obvious difficulties. First of all, the possibilities of long-term air watch will be limited.

Although the technical range of the Iranian "kamikaze" is estimated at 1300 kilometers or miles (different materials vary), it is not clear at what distance from the front line they can be used in practice. The "defenders" cried about arriving 400 kilometers to the rear - if this is true, then the result is not bad.

And yet, one must understand that the enemy will look for methods to protect his "RGK artillery" from a new threat. First of all, he will deal with her disguise; and then during the “counterattack” near Izyum, entire HIMARS batteries rode in broad daylight without any hesitation. The logistics of firing and duty positions will undergo changes, more sumps and decoys will appear, etc. EW and air defense will interfere with Shahed-136 in any case. A set of well-chosen measures can significantly reduce the effectiveness of the combat use of "kamikaze".

In general, one should not hope that the "kamikaze" alone will suddenly turn the tide of the campaign. However, with competent and massive use of new weapons, our soldiers will help deprive the enemy of his main striking force, and competent PR of the results will also help him rest and sleep.
Reporterin Yandex News
Reporterin Yandex Zen
2 comments
Information
Dear reader, to leave comments on the publication, you must sign in.