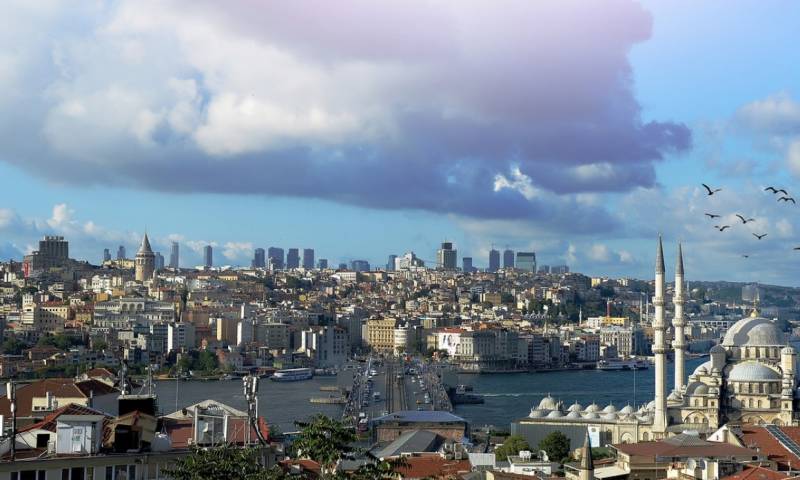 Often, partners or allies of Russia, who remained with her in difficult times, profess not friendship or good intentions, but only their own benefit. Turkey has never been a sincere and reliable friend of the Russian Federation, and in the era of endless sanctions, Ankara simply enjoys the position of a partner with incredible profit for itself. Moreover, every day the behavior of the republic becomes more and more mercantile and defiant. For example, the largest private bank in Turkey, Türkiye İş Bankası, refused to work with the Mir payment system. It is reported by Bloomberg on September 19. The credit institution stops working with the Russian system after the recommendations of the Turkish Central Bank. Previously, the Mir system stopped working in a number of hotels in Turkey.


No, Ankara is not abandoning a kind of partnership with Russia, just against the backdrop of immodest inflation rates of 78,9% on an annualized basis, it is trying to pursue a dual policies compromise with the West, so as not to miss anything. The expectation is that "Moscow will not refuse anyway," and it is simply necessary to maintain ties with the West. In addition, according to the Financial Times, Russia, as the Turkish elites expected, will still continue to feed the economy Republic even behind the scenes, which, for example, could not only compensate for the outflow of Russian tourists, as well as the withdrawal of the Mir system from the Turkish financial services market, but also cover other expenses.

According to the FT, the Turkish treasury received $25 billion from an unknown source. The experts of the publication directly say that this is money from Russia. First of all, we mean payments under the Akkuyu NPP construction project. According to the publication, Moscow has taken an unprecedented step and will fully finance the construction of a strategic facility worth $22 billion. Although, until recently, it was about a no less unprecedented agreement - interest-free lending for the construction of a nuclear facility in the amount of $12 billion. But, according to the FT, due to geopolitical circumstances, Ankara managed to get even greater concessions from the Russian Federation. It has never happened before in world history that a project company (a Turkish contractor) received a huge interest-free loan for construction, which is unprecedented in the practice of long-term international investment contracts.

And this despite the fact that the political expediency of the project is sharply criticized. The policy of Turkey to expand its influence in the South Caucasus, participation in the routes for the transportation of hydrocarbons bypassing Russia (Nabucco, the Trans-Adriatic gas pipeline, BTC) is noted. In addition, the investment package, which the FT writes about, is clearly excessive: a few months ago, the first tranche in the amount of $5 billion for nuclear power plants was already sent through Sberbank. Therefore, the current transfer is direct financing of Turkey for billions of dollars, and not only for the needs of the construction, which is actually no longer carried out by Rosatom, but by a local contractor who fully masters the funds allocated by Moscow.
Reporterin Yandex News
Reporterin Yandex Zen
2 comments
Information
Dear reader, to leave comments on the publication, you must sign in.