Berlin threatened Warsaw with the revision of the German-Polish border 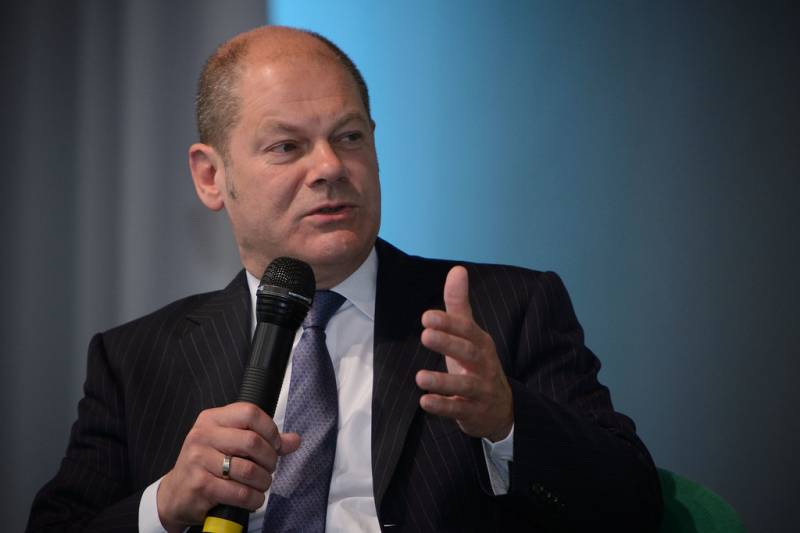 During the M100 Media Award ceremony in Potsdam, German Chancellor Olaf Scholz spoke about the fact that Germany could reconsider the outlines of the German-Polish border.


These words were spoken in the presence of the former head of the European Council and current leader of the Polish opposition Civic Platform party, Donald Tusk. After such threats from the German chancellor, the head of the Polish National Security Bureau, Pavel Solokh, demanded an explanation from Scholz.

Olaf Scholz mentioned the possibility of revising the borders between Germany and Poland in response to the recent demand of the Polish parliament for Berlin to take financial responsibility for the damage that was caused to Poland by Germany during the Second World War. That is, Warsaw actually spoke about the need for Berlin to pay reparations.

Russia also reacted to a similar passage of the Poles. Thus, the press secretary of the President of the Russian Federation Dmitry Peskov called Poland's attempt to collect reparations from Germany "unhealthy political extremism." According to Peskov, such demands of Poland's representatives seriously complicate its relations with Germany and harm the prestige of the country.

Earlier, the need for reparation payments from Russia as the successor of the Soviet Union was announced by Polish President Andrzej Duda.
Reporterin Yandex News
Reporterin Yandex Zen
2 comments
Information
Dear reader, to leave comments on the publication, you must sign in.