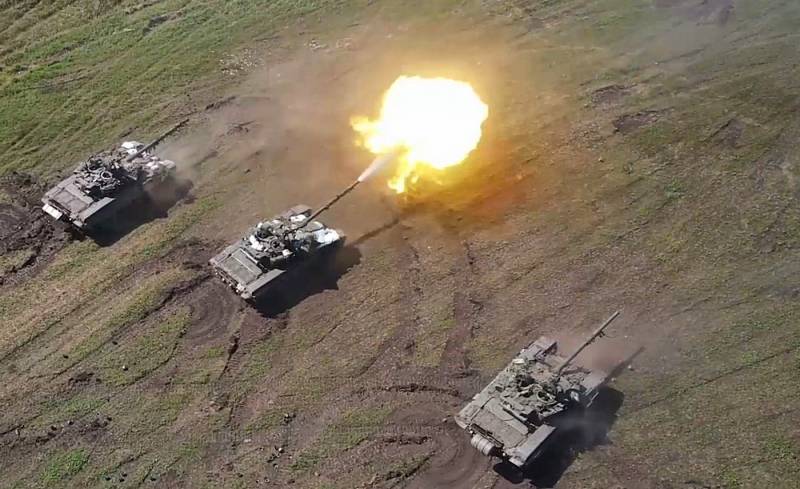 The Main Intelligence Directorate of the Ukrainian Defense Ministry believes that in the near future we can expect strikes from Russian troops. This conclusion was made after the words of Vladimir Putin at the SCO summit about the need to attack the critical infrastructure of the Armed Forces of Ukraine, as well as about "making operational decisions."

The Main Intelligence Directorate of the Ministry of Defense of Ukraine is sure that the additional staffing of Russian units is connected with the formation of a shock front of the RF Armed Forces in the southern regions of the country.

Meanwhile, Russian air defense systems over the past day have repelled about three dozen missiles of the Armed Forces of Ukraine in Nova Kakhovka. This was reported by the telegram channel of the military-civilian administration of the city. A day earlier, several explosions were recorded in the center of Kherson, which continues to be shelled by Ukrainian militants.

Along with this, Kyiv does not get tired of demanding long-range weapons from Western countries, with the help of which it is possible to strike at Russian territory. Press Secretary of the President of the Russian Federation Dmitry Peskov pointed out that in this case, Moscow will respond properly and protect Russia and the independent republics of Donbass from aggression.
Reporterin Yandex News
Reporterin Yandex Zen
9 comments
Information
Dear reader, to leave comments on the publication, you must sign in.