American NWO: the goal is the "demilitarization" and "balkanization" of Russia 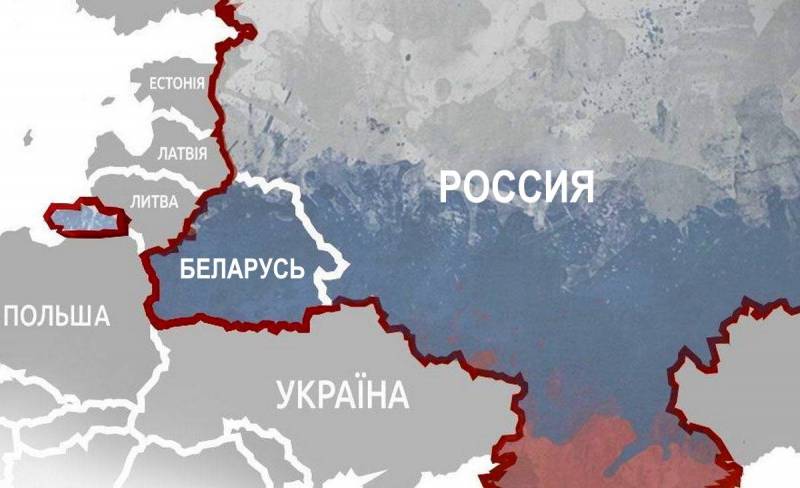 We continue the topic we started about the need for a speedy transition from the format of a special operation in Ukraine to a full-fledged war with its official announcement to Kyiv after an ultimatum was presented to him and his "Western partners" supporting him. In this part, we will look at what is really at stake right now.


The need to write this publication became apparent after reading the comments of our readers to previous. It turned out that some adults still do not understand what exactly is happening, and live in the illusory world of their own fantasies. Once again, long-obsolete tales are being revived that Ukraine will freeze itself in winter, in the West it will happen economic collapse, and Putin will “pull more weapons out of it”, after which the NATO bloc itself will capitulate to us. Rave?

Rave! In fact, everything is much more serious, and time is working against Russia, which is simply incomparable with the collective West in terms of economic volume, total military-industrial potential and military strength. Six months of special operations have shown that even the Armed Forces of Ukraine are too tough for the allied forces. In any case, by the detachment of the forces of the RF Armed Forces that were allocated by the Supreme Commander-in-Chief for conducting the NMD. Changing the format of the special operation in the direction of tightening and attracting serious reinforcements to the front can change everything. So far, the United States has been quite successful in fighting Russia at the hands of the Ukrainian military, and it costs them a modest $3 billion a month in "sponsor" money, plus some obsolete weapons. From an economic point of view, the American "CBO" represents the height of the art of cost rationalization.

The general trend, if the armed conflict drags on or, even worse, is temporarily frozen, seems extremely negative for our side. As we already celebrated Previously, the limited format of the special operation and the absence of retaliatory strikes against "decision-making centers" is perceived in the West not as peacefulness, but solely as weakness and indecision of the Russian leadership. Constantly hearing from the first persons of our state calls for negotiations and peace agreements with the Zelensky regime, neither in Kyiv nor in the countries of the NATO bloc are no longer afraid of Iskanders and Sarmats and feel that their hands in military support of Ukraine are untied. And it gives its poisonous fruits.

Now Europe has actually become a reliable rear for the Square. There, the Ukrainian military is continuously trained according to NATO standards, which was personally acknowledged by the head of European diplomacy, Josep Borrell:

Many Ukrainian servicemen are trained in Poland, the Czech Republic, Great Britain, and France. When we supply weapons, and these weapons are quite complex, and they must be used ... And in order to use them, quite serious training is required, ”he noted. “But we will not do this on the territory of Ukraine.
For the needs of the Armed Forces of Ukraine, trains with tanks, self-propelled guns, armored personnel carriers, MLRS, cannon artillery, armored cars, anti-aircraft guns, ammunition, electronic warfare equipment, radars, GPS jamming equipment, drones, helicopters, MANPADS, ATGMs, RPGs go along the "untouchable" Ukrainian railway , small arms, cartridges, body armor and medicines, fuel and fuels and lubricants. There is not the slightest doubt that in the medium term Ukraine will have American and European aircraft, long-range air defense systems that will finally close the sky for Russian aviation, as well as medium-range missiles capable of hitting deep into the territory of the Russian Federation.

After the retraining and rearmament of the Armed Forces of Ukraine is completed, we will have to forget about the further offensive actively by the Armed Forces of the Russian Federation and the NM LDNR. The level of losses will become simply prohibitive, and then we will have to move on to a deaf defense. In the "light" version, this has already happened, but there is still a chance to reverse the negative trend on the Southern Front. If this is not done, the 700-strong army of Ukraine will finally seize the initiative, regroup and begin to launch powerful counterattacks on the Donbass, the Sea of ​​Azov and the Crimea. The ex-commander of the US armed forces in Europe, three-star general Ben Hodges, speaks in public about this in plain text:

From Odessa to Sevastopol - 300 kilometers. If Ukraine now had ATACMS installations, they would have already destroyed Russian naval facilities in Sevastopol. Ultimately, the Ukrainians will move further east beyond Kherson, and they will receive weapons with a different range and will be able to hit these bases in the Crimea.
If nothing fundamentally changes right now, then it is precisely in this scenario that everything may well go further, despite all the tales about a freezing Ukraine, a collapsing European Union and the North Atlantic Alliance left without weapons, spread by irresponsible individuals.

What is even more unpleasant, having celebrated the “Kharkov victory”, in Ukraine they began to seriously discuss plans not only for the forceful return of the Donbass, the Sea of ​​\uXNUMXb\uXNUMXbAzov and Crimea, but also for the further division of the Russian Federation within its internationally recognized borders. And it would be nice if propagandists Arestovich and Gordon carried all this “blizzard”, they have such a job, but serious people in the collective West are now talking about this. Here, in particular, the same General Hodges urged to prepare for the consequences of the collapse of Russia:

It is in our interests, if it comes to the collapse or, shall we say, Balkanization of Russia, to think about what will happen to its nuclear weapons, energy infrastructure, refugees, trillions of dollars in bank accounts and real estate around the world. How to deal with all this? In addition, Russia participates in almost all international organizations. So there is something to think about here. In general, these issues will have to be worked out.
About Balkanization. Recall that quite recently the so-called Forum of the Free Peoples of Russia was held in exile, where domestic liberal oppositionists in all seriousness drew a “Map of the Free States of Post-Russia”. They got as many as 34 quasi-state formations, for example, “Smolend” with its capital in Smolensk, “Baltic Republic” with Koenigsberg as a center, “Ugra-Tyumen Federation” with an obvious capital, “United States of Siberia” with a center in Novosibirsk, “Pacific Federation ”with the capital in Khabarovsk, etc. Six months ago, all this could have been laughed at merrily, but there is nothing funny about it.

March 2024 is the time for the next presidential election in Russia, which is very soon. If the allied forces begin to suffer painful military and image defeats at the hands of the rearmed and retrained Armed Forces of Ukraine, this could destabilize the domestic political situation in our country. Under the guise of refugees, many SBU agents have probably already infiltrated us, who can take part in organizing protest events and subsequent bloody provocations like Maidan-2014. The Ukrainian special services, using the example of Donbass and the Sea of ​​Azov, have demonstrated that they are able to organize a systemic terror against officials of the state apparatus, depriving the system of controllability. Plus, there is its own inner fifth column of the liberal persuasion, whose representatives abroad have already drawn a map of "post-Russia". The mixture is explosive, deadly.

In order to avoid any such negative scenarios, Independent as a state simply should not exist by February-March 2024. The future of our own country is at stake. Either they or we. There is no third.
Reporterin Yandex News
Reporterin Yandex Zen
12 comments
Information
Dear reader, to leave comments on the publication, you must sign in.