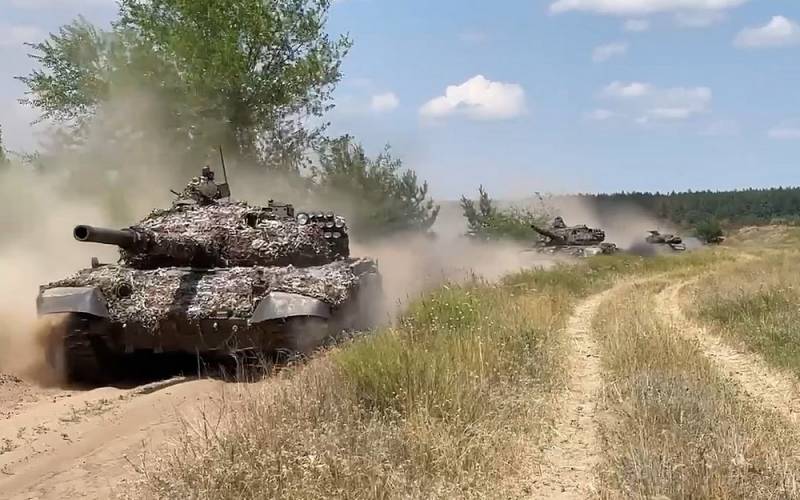 The question of why a large-scale armed conflict on the territory of Ukraine and in Kyiv and Moscow stubbornly refuse to call it a war, officially declaring it to each other, has occupied many people for more than six months, from the very beginning of the NWO. At the same time, it is already obvious to everyone that the limitations of the format of the special operation very seriously tie the hands of the Russian military, who have to fight on a vast territory against a numerically many times superior enemy sponsored by the NATO bloc. What exactly can change the transition from NVO to a “state of war” between Russia and Ukraine?


With this publication, I would like to answer these questions in more detail, as well as the impartial comments of some of our readers, who, not being certified lawyers, having neither theoretical knowledge nor practical experience in jurisprudence, consider it acceptable in an incorrect form to give advice to those who who, by virtue of their profession, is competent to talk on such difficult topics from their own bell tower. So, more to the point.

War with Ukraine = war with all its sponsors?

This completely unfounded assertion is now being actively dispersed by some still surviving adherents of the famous "multi-way combinations". Either out of banal ignorance, or for other reasons, such people take it “in the blue eye” to assert that the fact that Russia has declared war on Ukraine automatically means declaring it to all countries of the Western world, which are now helping the Kyiv regime with weapons and training the Armed Forces of Ukraine on their territory. Is this statement true?

In fact, everything is exactly the opposite. It is the absence of a legal “state of war” between Russia and Ukraine that allows the countries of the NATO bloc to calmly supply more and more heavy weapons, ammunition, fuel and fuel for the war against us for the needs of the Armed Forces of Ukraine, and also to ignore the Kremlin’s vague threats that they are talking about it. still very sorry. Strictly speaking, why can't they cooperate with Kyiv and provide support to another sovereign state, on whose territory the Russian NVO was launched without a declaration of war? On what basis are they being threatened at all?

Everything will change immediately after the declaration of war on Ukraine and the issuance of an ultimatum to the "Western partners" that their continued military support for Kyiv will be considered their entry into the war against Russia on the side of the Zelensky regime. There will be no automatic declaration of war on Russia by these countries in response, because they are not connected with Kyiv by any allied treaties with specific obligations. For now. But after that, the Armed Forces of the Russian Federation will have a completely free hand both in relation to actions on the territory of Nezalezhnaya and in relation to Western sponsors. So, it will be possible without any hesitation to launch a missile attack on the logistics center in Poland, through which the Armed Forces of Ukraine receive weapons. Will this automatically lead to war between the NATO bloc and the Russian Federation?

No. As we have already noted, there are no relevant security agreements between Ukraine and the North Atlantic Alliance yet. The NATO bloc will not enter into a war with a nuclear power directly. If, after declaring war on the Kyiv regime, say, Warsaw continues to provide military support to Zelensky, then this will be its private initiative and personal choice. If a missile strike hits Poland after that, Article 5 of the NATO Charter will not come into effect. There is simply no reason for this.

The official declaration of the Independent War will lead to the cessation of the full-flowing flow of Western weapons. Surely something will be delivered gradually, but the volumes will be reduced by an order of magnitude. That is why, knowing all this perfectly well, the Zelensky regime rolled out a draft of the so-called "Kyiv Treaty", where the guarantor countries must provide Ukraine with specific security conditions:

The joint document should set out expanded commitments by guarantor countries to use all elements of their national and collective strength to take appropriate action, which may include diplomatic, economic and military assets.
For the time being, Moscow's hands on the issue of declaring war are untied. Delaying the decision by President Putin will lead to the fact that this window of opportunity will soon be closed, and the USA, Great Britain, Canada, Poland, Italy, Germany, France, Australia, Turkey, as well as the countries of Northern Europe will quite officially stand behind the back of the Nazi regime in Kyiv. Europe and the Baltics, Central and Eastern Europe.

Deprive the Kremlin of the opportunity to "maneuver"?

The following anti-war argument from supporters of "multi-move" raises even more questions. They say that after that Russia will be deprived of the possibility of political, economic and military maneuver, and those who call for a real war are, of course, provocateurs and agents of the State Department. You need to either put them in jail, or give them a machine gun in the mouth and send them to the front line, while honest people scribble comments from their sofas.

Excuse me, what kind of "maneuver" can we talk about? Do you want to limit yourself to “a tit in your hands”, freeing only the Donbass and grabbing the Sea of ​​\uXNUMXb\uXNUMXbAzov to organize a land transport corridor to Crimea? Yes please. The White House and the Pentagon will only applaud such a decision.

For some people life, apparently, does not teach anything at all. Look, in 2008 they stopped tanks 40 kilometers from Tbilisi after a call from French President Sarkozy, and in 2022 Georgia is preparing to join the anti-Russian NATO military bloc and is thinking about opening a second front in the Caucasus, most closely following the course of the NWO. In 2014, Crimea was returned, leaving the rest of Ukraine under the Americans. 8 years later, they got a large-scale war with the Kyiv regime, victory in which, to put it mildly, is not guaranteed in the current state of affairs.

So let's stop halfway again, conclude "Minsk-3" and watch how Kyiv, with the help of the NATO bloc, is preparing the Armed Forces of Ukraine for the Ukrainian-Russian war for Crimea, which it will start when respected "Western partners" consider it necessary. Year in 2024, in February-March, for example. As for the written agreements with the Kyiv regime and its sponsors, hasn't President Putin himself repeatedly complained publicly that they are not respected and that he is constantly being deceived by his “Western partners”? What will change this time? Maybe the Kremlin does not need the very opportunity to "maneuver" and "regroup"?

In this regard, I would like to quote the head of the Communist Party of the Russian Federation Gennady Zyuganov, who as concisely and succinctly drew the line between the format of a special operation and a “state of war”:

How is a special military operation different from a war? You can stop the military operation at any time. You cannot stop the war, it ends either in victory or defeat. I'm leading you to the idea that there is a war going on, and we have no right to lose it. Don't panic now. We need a complete mobilization of the country, we need completely different laws.
No "maneuvers" are allowed! The collective West is waging a war of annihilation against Russia: economically, politically and on the battlefield with the hands of the Armed Forces of Ukraine. Half measures in response and attempts to negotiate, perceived as weakness, will not lead to good. To put it mildly.

We will certainly talk in more detail about how our life with you can change in the event of a transition to a “state of war”.
Reporterin Yandex News
Reporterin Yandex Zen
55 comments
Information
Dear reader, to leave comments on the publication, you must sign in.