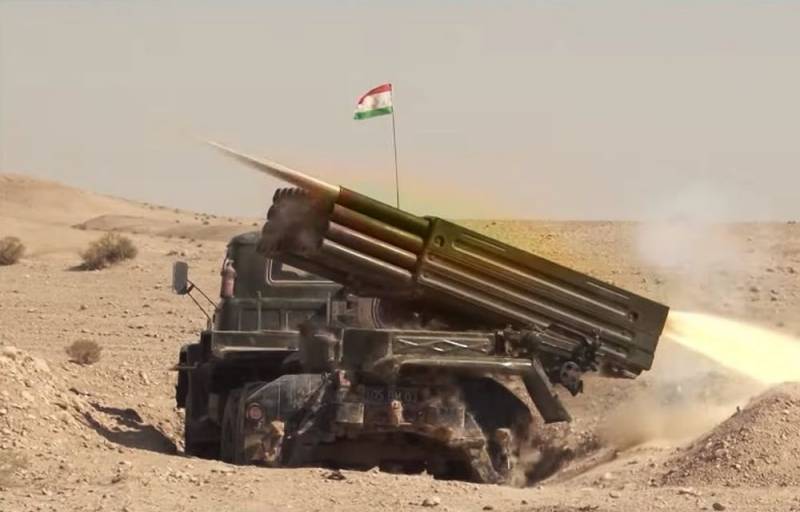 On September 14, on the border of Kyrgyzstan and Tajikistan, a shootout began between the border guards of both countries. After some time, artillerymen and mortarmen pulled up and mutual large-scale shelling of each other's territories began. This happened two days before the start of the summit of the SCO, which includes both Central Asian states, in Samarkand in neighboring Uzbekistan.

In turn, the State Committee for National Security of the Republic of Tajikistan informed that from 11:10 to 11:50 the Kyrgyz side fired at the territory of Tajikistan “from all types of weapons” despite the previously announced ceasefire. The Sarkhadchi frontier post of the Lakhsh and Dushanbe frontier detachment of the Isfara frontier detachment, as well as the Somoniyon mahalla (quarter) of the city of Isfara, were shelled.

After that, at the time of writing, there were no reports of artillery shelling from either side. It should be noted that after the collapse of the USSR, territorial disputes between Kyrgyzstan and Tajikistan did not stop for three decades. Periodically there are conflicts between residents over water, grazing and ethnicity. The military of both countries also periodically shoot at each other and the end of this confrontation is not yet in sight. Last time serious aggravation relationship was observed in April 2021.
Reporterin Yandex News
Reporterin Yandex Zen
4 comments
Information
Dear reader, to leave comments on the publication, you must sign in.