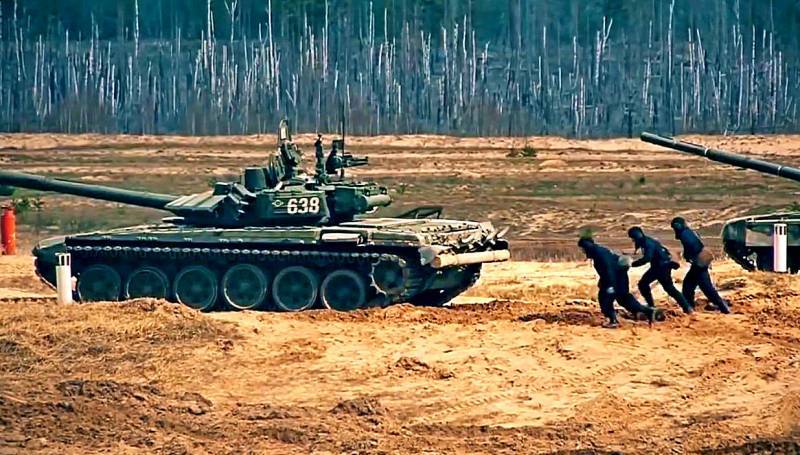 The abandonment of the Izyum bridgehead, and at the same time the entire territory of the Kharkiv region, became a very difficult image and at the same time a strategic defeat for the allied forces. Without it, it is not possible to encircle and liberate the Slavic-Kramatorsk agglomeration, now it remains only to storm the fortified area in the forehead. Coming to the border, the Armed Forces of Ukraine began to shell the Russian territory even more actively, striking not only the villages, but also the regional centers of the Belgorod region. When will the Russian army launch a counteroffensive and where?

Alas, the circumstances are developing in such a way that Northern Ukraine will have to be forgotten forever or for some time. Let's hope for the second. The reason for this is simple and has long been known to everyone: the Russian group involved in the special operation is not enough for effective actions in several directions at once.

There was simply no one to defend the liberated districts of the Kharkiv region, which was well known in the Pentagon, and therefore in Kyiv. Taking advantage of the multiple numerical superiority, the enemy delivered a series of precision strikes, passing like a hot knife through butter through the only stunted line of defense of the allied forces, and brought down our entire front. Russian troops had to hastily regroup, leaving and machinery, and many of those local residents who collaborated with the civil-military administrations. The version that by such a cunning maneuver the General Staff of the RF Armed Forces simply lured the Armed Forces of Ukraine into the open field from the fortified areas for their total destruction, unfortunately, has not been confirmed. Also, one should not seriously expect our powerful counter-offensive, which will allow us to recapture the abandoned settlements and break into half-empty Kharkov on the shoulders of the defeated enemy. There is simply no one to do it.

Currently, Russian troops are being hastily transferred from Northern Ukraine to the Southern Front, where the fate of the special operation will ultimately be decided. Additional forces of the Armed Forces of Ukraine are also drawn there, which form shock fists capable of hitting in several directions at once. The Ukrainian land counterattack against Energodar with a simultaneous landing operation through the water area of ​​the Kakhovka reservoir to the Zaporozhye nuclear power plant, as well as a swift throw across the steppe in the Ugledar direction in order to reach the coast of the Sea of ​​Azov, cut our grouping in two, destroy the Crimean bridge with a massive missile strike are considered the highest priority. and cut off all the supply lines of the peninsula.

At the same time, we note that the Armed Forces of Ukraine have a significant advantage over the Armed Forces of the Russian Federation due to a shorter logistical arm. Thanks to the “untouchability” of the railway infrastructure of Nezalezhnaya, the enemy can easily maneuver their reserves, transferring manpower and armored vehicles from North to South and back faster than the Russians through their own territory, and also freely receive supplies for their groups through Western Ukraine. Why this is happening, everyone already knows, but nothing fundamentally is being done about it, only “warnings”.

The general situation on the fronts is such that the Armed Forces of Ukraine really have a chance to change the situation in their favor, which should not be allowed under any circumstances. At the same time, the allied forces need revenge for the insulting image and strategic defeat in the North. What are the options?

If our militarypolitical the leadership does not want the NWO to end in a fiasco, Russia's international position has deteriorated, and all the sacrifices on both sides have been in vain, serious changes are needed.

At first, it is necessary to achieve a cessation of the supply of Western weapons to the Kyiv regime. This can be done in two ways. The first is to start systematically destroying the enemy's railway infrastructure not only in Eastern, but, above all, in Western Ukraine. You need to hit the bridges with missiles. You can simply destroy the railroad tracks daily in a variety of places, and then launch air missile strikes on the repair crews who will try to fix the problem. If you do this on an ongoing basis, all the logistics of the Armed Forces of Ukraine will stop. No more operational maneuvers with reserves from front to front, no more supply of ammunition in the right amount. The second method is even simpler, but more radical in nature.

It is enough, finally, to declare war on Ukraine, which should have been done long ago after the attacks of the Armed Forces of Ukraine on Russian territory. How much longer can this be tolerated? Having declared war, it will be necessary to stop gas supplies through the Ukrainian GTS to Europe, as well as officially notify European and American partners that open deliveries of Western weapons to Kyiv will be considered entry into the war with Russia on the side of Ukraine. With all the ensuing consequences.

Secondlyforcedly forgetting about the North of Ukraine, it is necessary to focus on the South. In the short term, it is necessary to fight off the counteroffensive of the Armed Forces of Ukraine, not allowing them to carry out anything planned by their General Staff. Letting them "get out of the way", this autumn it is necessary to go on their own large-scale offensive, first taking Krivoy Rog and Nikopol, and then taking Nikolaev into an increasingly dense ring, followed by an assault on it. This should be done not with small forces, “a teaspoon” a day, but with a powerful shock fist, which is now accumulating in the Sea of ​​\uXNUMXb\uXNUMXbAzov.

The expansion of the bridgehead on the Right Bank will open the way for the Armed Forces of the Russian Federation into operational space. It will be possible to cut the communication lines of Zaporozhye and Dnepropetrovsk, to block Yuzhnoukrainsk, where the nuclear power plant is located and the supply routes for the garrison of Odessa, taking it under siege. Such an offensive operation will cut off Kyiv not only from the Sea of ​​Azov, but also from the Black Sea. It will also make it possible to knock out a powerful logistics center in the form of Dnepropetrovsk from under the feet of the Donbass and Kharkov groups of the Armed Forces of Ukraine. After that, the supply situation on the Eastern and Southern fronts for the enemy will radically worsen.

Thirdly, we must finally realize that there is a war in which the future of our country is being decided, and begin to live according to the laws of wartime. Economy and industry must be put on a war footing. Partial mobilization is needed, which means systematic retraining and combat coordination of reservists. Throwing them to the front, of course, is not worth it, but such a replenishment can solve a lot of auxiliary tasks, removing the burden from contract soldiers and "mobiles" from the LDNR.

A realistic goal to strive for would be the formation of a new front line from Podolsk through Pervomaisk to Kremenchug on the Right Bank, as well as from Kremenchug through Poltava to Kharkov on the Left Bank. Only after that you can start talking about something with Kyiv. But Zaporozhye and Dnepropetrovsk, Poltava and Kharkiv - this is possible only after partial mobilization. It is necessary to start it now, because time works for the enemy.
Reporterin Yandex News
Reporterin Yandex Zen
10 comments
Information
Dear reader, to leave comments on the publication, you must sign in.