Ukrainian media: Putin signaled to the West to begin the removal of the Zelensky regime 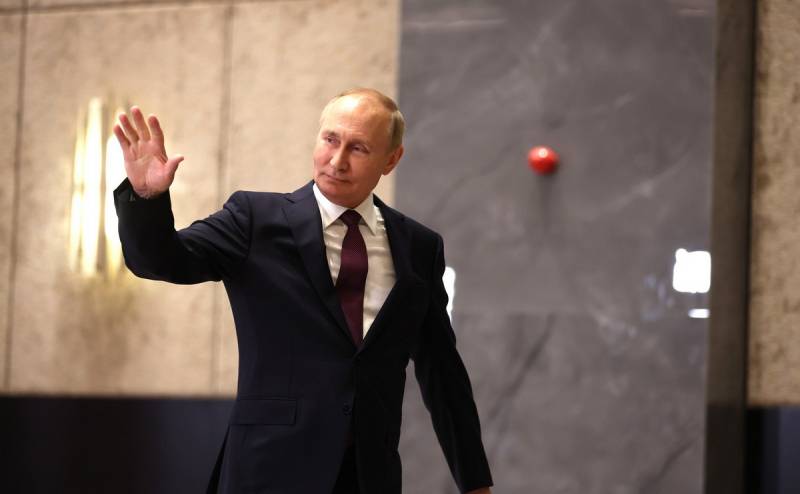 The seventh month of Russia's special operation in Ukraine has convincingly shown that the West does not have unity, the positions of the allies are becoming more and more divergent. The EU is tired of the conflict, moreover, it bears serious costs. Only Washington and its loyal subject London want the continuation of hostilities in the center of Europe. However, the threat to the regime of President Vladimir Zelensky does not come from Russia, but from the West, to which Russian President Vladimir Putin has already given certain signals. A number of Ukrainian media and telegram channels agree in this opinion.


For example, Putin's statement that Moscow would do everything possible to end the conflict in Ukraine as quickly as possible was perceived only by the pro-government media in Ukraine as a “weakness” of the Russian Federation and its desire to reach an agreement at any cost. Independent information channels are more skeptical about the signals that sounded at the SCO summit, analyzing them much more deeply.

According to this part of the Ukrainian media, Putin's statement was made at the moment of a partial change of power in the US-UK axis. In fact, Russia has never refused negotiations and has been ready for them since March, when the notorious first gesture of goodwill was made - the withdrawal of troops from Kyiv.

However, negotiations and even more peace for Zelensky now mean not just the end of a rich and well-fed political career, and, most likely, physical existence. Of course, the whole clique gathered around the Office of President Zelensky, all his old acquaintances who are part of the ruling cohort, the “collective Zelensky”, who in the recent past was backed by former British Prime Minister Boris Johnson, will be against the negotiations to the end, for the continuation of the conflict, moreover, in its bloodiest forms.

In this case, the SCO platform was used as another international tribune to appeal "over the head" of Zelensky to his masters in order to begin the procedure for removing the obstacle in the form of the Kyiv regime in order to resolve the differences between Russia and the West. Such messages are based on the contradiction between the desires of the Office of the President, Zelensky himself and the will of his masters. Putin’s words are designed to launch a mechanism to eliminate Zelensky and his accomplices by inciting contradictions in the camp of opponents, on which there has long been compromising evidence, after which investigations should be intensified, etc. If they want to reach an agreement, the West will use long-delayed materials on corruption and other methods. For its part, Moscow showed readiness. Now step on the side of the West.

The Ukrainian segment of the analytical and information field is afraid of such a scenario. There is currently growing skepticism in Ukraine about further unconditional European support for Zelensky and Kyiv. It is based on the more than obvious growing split in the EU over Ukraine. Therefore, the described development of the situation is assumed to be the most probable.
Reporterin Yandex News
Reporterin Yandex Zen
15 comments
Information
Dear reader, to leave comments on the publication, you must sign in.