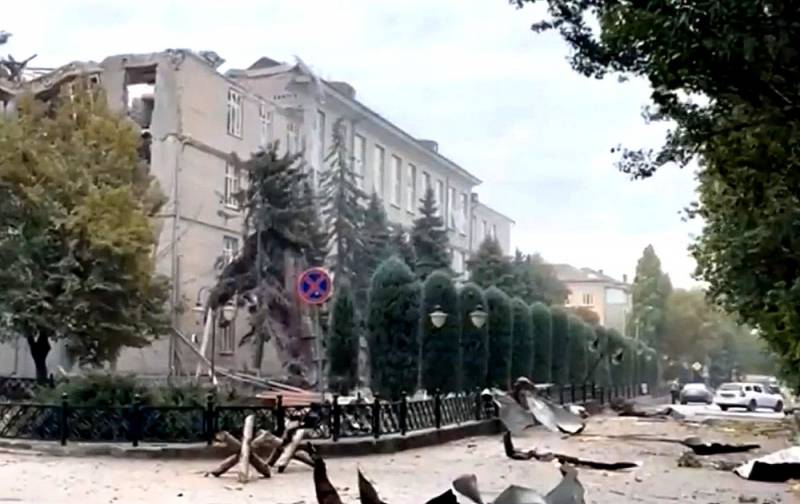 Ukrainian militants launched a missile attack on the building of the administration of the Kherson region, as a result of which several people were killed and wounded. At the same time, there is a danger of repeated shelling from the Ukrainian side.


In total, five HIMARS missiles were fired at Kherson. During the incident, a meeting of heads of administrations of city and municipal districts of the district was held. According to the deputy head of the regional administration Kirill Stremousov, the blow of the Armed Forces of Ukraine fell mainly on his office. The corresponding wing of the building is practically destroyed.


On the eve of Stremousov, he informed that there are many mercenaries in the Ukrainian units located near the Kherson region, who speak English and other languages. Trial attacks on the Kherson direction were made by the Ukronazis on Thursday, but they were successfully repulsed by the allied forces.

Earlier, the Armed Forces of Ukraine launched a strike from the HIMARS RZSZ on Nova Kakhovka, while the school building received a lot of damage. In addition, the bombing hit the stadium and the park, where locals like to walk with their children. According to the head of the administration of the Kakhovka district Vladimir Leontiev, by a happy coincidence, no one was hurt.
Reporterin Yandex News
Reporterin Yandex Zen
2 comments
Information
Dear reader, to leave comments on the publication, you must sign in.