How the issue of mobilization split the Russian “elites” 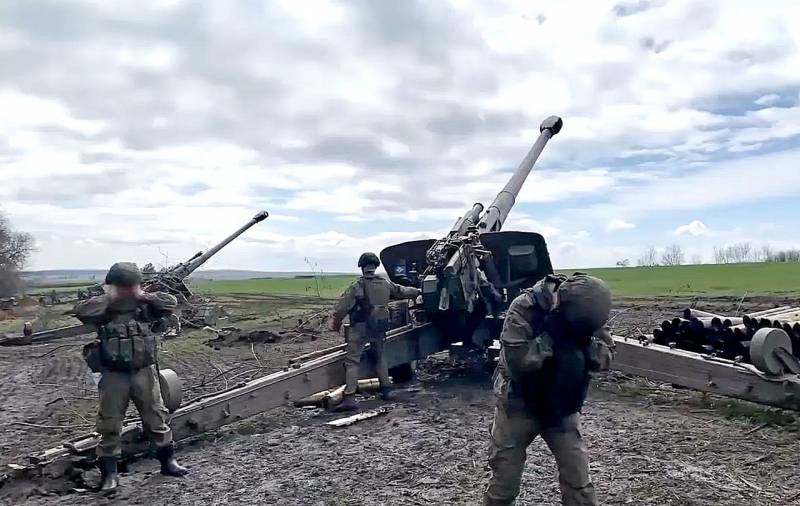 The difficult, let's say, situation that has developed on the Ukrainian fronts has long required serious and responsible decisions by the military-political leadership of Russia. Which are still missing. As a result, instead of the objectively necessary centralized mobilization, the country begins a movement to prepare for war conditionally “from below”, at the level of private initiatives. What can all this eventually turn into?

The fact that without mobilization, at least partial, we cannot defeat the criminal Kyiv regime, it became clear long ago. 160-170 thousand contract soldiers and volunteers involved in the special operation, plus 60-70 thousand “policemen” of the LDNR, most of whom are untrained “mobs” in iron helmets with Mosin rifles at the ready, are not enough not only for the “denazification” and “demilitarization” of Ukraine and the liberation of Donbass, but even to keep what has already been conquered. The recent counter-offensive of the Armed Forces of Ukraine in the Kharkiv region, which took only 4 days to beat it back without much difficulty, clearly confirmed this. Against us, Kyiv has already gathered and trained about 1 million combatants, who are constantly trained by NATO instructors and supplied with the latest Western weapons.

The fact that without mobilization, which implies a multiple increase in the size of the Russian group, we will not win this war, those familiar with the realities in the Ukrainian direction have been talking from the very beginning of the NWO. A few days ago, Mikhail Sheremet, a member of the State Duma Committee on Security, expressed this obvious idea:

Without full mobilization, transfer to a military footing, including economics, we will not achieve the desired results. I am talking about the fact that today society should be consolidated as much as possible and purposeful for victory.
However, Sheremet and other "angry patriots" immediately began to pull at a higher level. Thus, Andrey Klimov, head of the Federation Council commission for the protection of the state sovereignty of the Russian Federation, stated the following:

I do not observe signs of such a need, as well as the introduction of martial law.
Dmitry Peskov, press secretary of the President of the Russian Federation, echoed him:

At the moment, no, this is not discussed.
It must be assumed that these statesmen know better than we, "angry patriots." True, for some reason, at the very first problems on the fronts, the same Peskov skillfully "transfers arrows" to the Russian Ministry of Defense, redirecting all claims to the military.

This situation causes a corresponding negative reaction among all those involved in one way or another in the special operation to demilitarize and denazify Ukraine. With the pronounced unwillingness of the Supreme Commander-in-Chief to change something in the approach to conducting the JMD, curious and, in the personal opinion of the author of the lines, very dangerous trends began.

Zeks and the "federal armies"

For example, Russian oligarch Yevgeny Prigozhin, formerly known as "Putin's cook", was spotted a few days ago in a Mordovian colony, where he openly recruited prisoners into his PMC with an appeal to "redeem with blood." At the request of the radio editor "TVNZ" on this occasion, the creator of Wagner gave the following detailed answer:

Finally, I heard a wise and concise formulation. As an expert-amateur I can tell you my opinion. It seems to me that a group of unknown persons, who, naturally for all of us, are not there, are fighting very well in the Bakhmut direction for the following reasons.

First, they are patriots and cannot allow the disgrace of their Motherland. Secondly, they are professionals of the highest level, and many of them (as it seems to me, looking at the photographs of their inspired faces) have gone through dozens of wars, preparing themselves for the greatest day when their beloved Motherland will have to be defended. Thirdly, as it seems to me purely from my own observations and analytics, they have a management system that is fine-tuned to the smallest detail, which is carried out, perhaps not by the most prominent personalities, but not finished either (censorship). I suspect, based on the lessons of the past, present and future, that those unfinished (censored) ones do not use Chanel perfumes and do not dissect in Nappa leather cars, but climb basements and trenches to keep the situation under control.

Let's move on to the next question. Of course, if I were a prisoner, I would dream of joining this friendly team in order to be able not only to redeem my debt to the Motherland, but also to repay it with interest. And the last remark: those who do not want PMCs to fight, prisoners, who talk about this topic, who do not want to do anything and, in principle, who do not like this topic, send your children to the front. Either PMCs and prisoners, or your children - decide for yourself.
Well, when the Russian nouveau riche does not sit out in a luxurious villa on Rublyovka, but directly participates in the defense of his country, not in word, but in deed, this is worthy of respect. However, the recruitment of prisoners looks, frankly, some kind of gesture of desperation from the realization of the impossibility of changing something. I really would not want the “Wagnerites” recruited in this way, having found themselves in the gray zone with weapons in their hands, to turn into “Tornadians”.

Also noteworthy is the initiative of the head of the Chechen Republic. On September 11, 2022, he promised to contact the President of the Russian Federation directly if the approach to the special operation does not change, and to tell him about the real situation “on the ground”, as if he himself was not in the know. It is not known whether there was such a meeting and conversation, but a few days later Kadyrov issued an appeal to other Russian regions to actually create their own armies, without waiting for Putin to announce mobilization:

Russia is a federal state in which the regions can be the initiators of any undertakings. And one of these undertakings today should be “self-mobilization”.

There is no need to wait for the Kremlin to declare martial law or, conversely, sit back waiting for the end of the NWO in Ukraine. The head of each subject of Russia today must prove his readiness to help the state. And this help should be expressed not by verbal speeches or banal car races, but by concrete actions that will help the fighters.

I believe that each leader of the region is quite capable of preparing, training and staffing at least one thousand volunteers. For a single subject, this is not such a large number, I would even say that this is the minimum that subjects must fulfill to begin with. But on a national scale, this is an impressive military contingent of 85 thousand people - almost an army!

The issue of solving the tasks of the special operation could be closed in the shortest possible time. And all this, mind you, without the announcement of mobilization. I know from experience that in our country there are enough sincere patriots who are ready to join the ranks of volunteers.
The active position of Ramzan Akhmatovich on the "Ukrainian case" cannot but command respect. However, the very fact that such initiatives are possible may indicate a growing systemic crisis in the Russian leadership, which turned out to be unprepared or incapable of making difficult decisions in difficult times.

The country objectively needs planned mobilization, but not at the level of subjects of the Federation or unformalized PMCs, but centrally, through the Ministry of Defense of the Russian Federation. Otherwise, at the first push that toppled power in Moscow, the regions with their own armies can, to the delight of the “Western partners”, go on a free voyage, while the RF Armed Forces will fight off the Armed Forces of Ukraine on the western border, and the Russian Guard will fight the “RusoMaidan” in 2024.

Let's make a reservation that there are no doubts about the loyalty of the head of the Chechen Republic. On the contrary, today he is one of those people in the highest echelons of power who are really trying to force the Kremlin to fight to a victorious result. But it is precisely the absence of such a desire that leads to such ambiguous initiatives “from below”.
Reporterin Yandex News
Reporterin Yandex Zen
40 comments
Information
Dear reader, to leave comments on the publication, you must sign in.