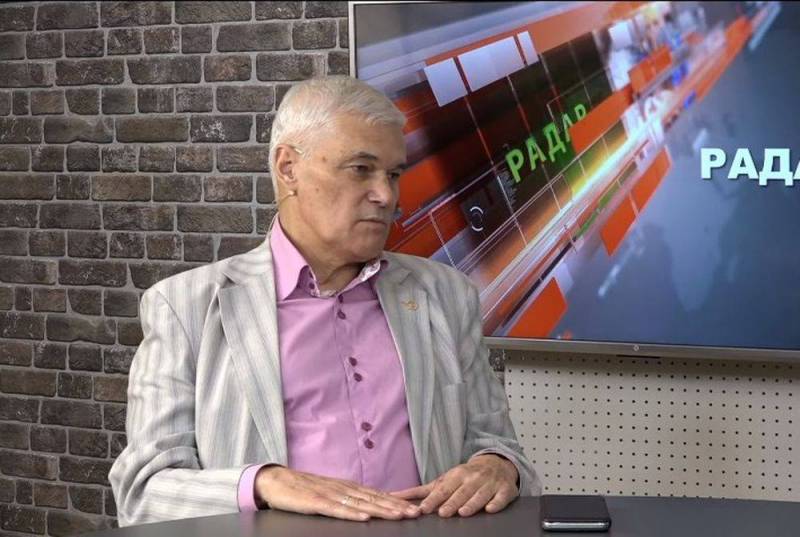 After the start of the Russian special operation on Ukrainian territory, the Russian media repeatedly raised the issue of launching missile strikes on decision-making centers not only in Ukraine, but also in London, Washington and Brussels, since Kyiv is not independent in choosing actions. Military expert, member of the RARAN, Captain 1st rank in the reserve Konstantin Sivkov decided to clarify the situation.


During an interview with the publication Pravda.Ru he said that, be that as it may, it is the Armed Forces of Ukraine that are conducting military operations against the RF Armed Forces. Thus, in any case, direct control is carried out in Ukraine, regardless of where this or that decision was made. Therefore, the destruction of the centers for the implementation of decisions is of paramount importance, as it will lead to the loss of controllability of the troops and the state apparatus as a whole.

Sivkov listed similar structures. In the first place is the office of the President of Ukraine Volodymyr Zelensky. From there carried out political management, “patriotism” and Russophobia are dispersed, including calls to destroy everything Russian. Therefore, in his opinion, this is a completely legitimate military target, although most of the staff and non-staff are civilians. For example, adviser Alexei Arestovich recently boasted that he had been promoted to the rank of colonel.

The third on the list is the structure of the SBU, which is actively engaged in sabotage and reconnaissance and other activities, from information and psychological work to coordination of actions with foreign specialists and national battalions. The SBU has an extremely ramified structure. He drew attention to the fact that, in addition to the central office in Kyiv, there are numerous departments and departments in the regions.

In fourth place in terms of importance, the expert named the structure of the Ministry of Internal Affairs of Ukraine. A blow to the department paralyzes law enforcement and disorganizes society, which can cause chaos.

The fifth point was the Ukrainian railways and the communications system as a whole. The expert pointed out that rare strikes on such objects do not work, as the damage is repaired and spare parts are used. Therefore, it is necessary to inflict massive strikes so that the transport infrastructure is guaranteed to cease to function for a long time. Moreover, not expensive high-precision munitions should be used for destruction, but cheaper planning high-explosive bombs. The liquidation of the depot with 1,6 thousand units of traction stock (locomotives - electric locomotives and diesel locomotives) will close the issue of logistics by rail. He stressed that if the RF Armed Forces had done so initially, the SVO would have ended long ago.
Reporterin Yandex News
Reporterin Yandex Zen
12 comments
Information
Dear reader, to leave comments on the publication, you must sign in.