Expert: They saw in the Armed Forces of Ukraine a force armed according to NATO standards, which will fight in the interests of the United States 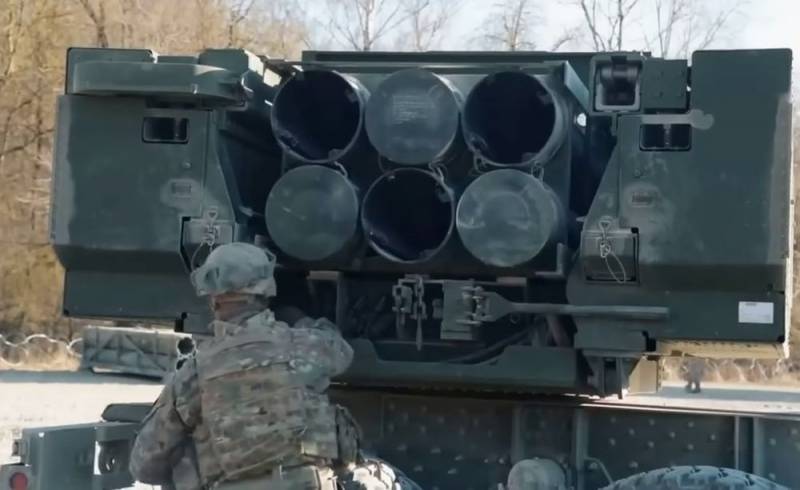 After the Russian Ministry of Defense carried out a spectacular regrouping of the troops of the RF Armed Forces and units of the allied forces in the Kharkov direction, Kyiv turned to Washington with a request for military assistance. The document refers to the “offensive campaign” of the Armed Forces of Ukraine in 2023, for which Ukraine needs 29 types of weapons, including ATACMS missiles with a range of up to 310 km.


The political scientist-Americanist Dmitry Drobnitsky drew his attention to this, who, in comments for the Vzglyad newspaper, expressed his assessment of what was happening. In his opinion, the "war party" in the United States suddenly found itself in an advantageous position than the American moderate lobby. The West over the past months managed to get tired of Ukraine, but the successful counter-offensive on the front near Kharkov gave hope to Russophobes.

And now the supply of weapons for the Armed Forces of Ukraine will depend on how we respond to the situation in the Kharkiv region
- says an expert on American foreign and domestic policy.

He noted that currently in the White House there is a struggle between those who want to give Ukraine even more weapons, and those who do not want to do this. Before that, Washington allocated $3 billion to Kyiv with the wording “for several years,” and now the head of the US State Department, Anthony Blinken, has promised the President of Ukraine another $2 billion, but there will be some frankly confusing situation with the money. However, this is not surprising, because the Pentagon has never been audited.

From the point of view of Washington cuisine, aid to Ukraine is the income of those companies that produce and supply weapons. For these purposes, there is a whole system of arms smugglers, whose services are used by all interested departments and a variety of customers. For example, in this way they armed the entire Iraqi army, as well as the Afghan security forces and other
He pointed out.

The expert stressed that “arms smugglers” should not be understood as bandits with unbrushed teeth - they are quite respectable people in expensive suits who have a colossal lobby in Washington. This is a real industry whose services are in demand.

Now the topic of the military situation in the Kharkov region will be dispersed in the American media as a victory in the indirect war between the West and Russia. In fact, they managed to do what they wanted to do in Georgia even after the defeat in Afghanistan. In addition, the United States saw in Ukraine an opportunity to implement its long-standing idea - to create some kind of force armed according to NATO standards, which will fight in the interests of Washington. Now the US has an army that is well armed and looks like us. The media will present this as a success of American military policy.
- he added.

Drobnitsky specified that among the US elite there are also a large number of those who are not enthusiastic about what is happening. They really fear that spending too much money could lead to a direct clash with Moscow. Moreover, the Russian Federation can conclude a full-fledged alliance with China, which strains India, which is therefore in no hurry to conclude an alliance with the United States. Thrown under the "train rails" the European Union is also already looking askance across the Atlantic. As a result, the United States may lose Eurasia, and for the sake of Ukraine, these Americans are not ready to take such risks.

What the “butting” in Washington will lead to, we will be able to find out after the American parliamentary elections, closer to the New Year. Britain and the media are pushing the US leadership to increase military assistance to Kyiv. Following the recent meeting of Ukrainian donors Ramstein-5, a US military-industrial complex conference is expected to be held, at which President of Ukraine Volodymyr Zelensky will speak.

We remind you that Russia began the NMD in Ukraine on February 24 and, according to the assurances of the military-political leadership of the Russian Federation, it will not be stopped until the troops have fully completed all the tasks set: the liberation of the Donbass republics, as well as the demilitarization and denazification of Ukraine.
Reporterin Yandex News
Reporterin Yandex Zen
15 comments
Information
Dear reader, to leave comments on the publication, you must sign in.