Does the blow to the Ukrainian energy system confirm the change in approaches to the NWO? 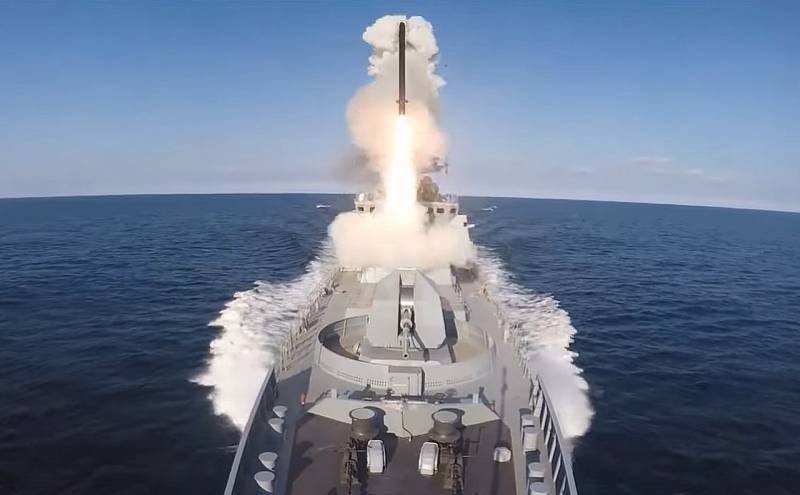 After the monstrous image defeat that the allied forces suffered in the Kharkiv region a few days ago, in the highest echelons of the Russian authorities they started talking about the need to change the format of the special military operation. At the same time, they are very optimistic about the missile strikes, which on September 11, 2022 (what a date!) temporarily disabled the power system of Left-Bank Ukraine. Started or not?

The picture of what happened on September 11 in the territory of Nezalezhnaya looks like this. The day after the fall of Izyum, Russian cruise missiles launched pinpoint strikes on Kharkiv CHP-5, Zmievskaya CHP, Pavlogradskaya CHP-3, and Kremenchug CHP. As a result, frequencies dropped at substations in these regions of the Left Bank, protection worked, after which consumers were turned off. The energy collapse also spread to the Kyiv and Odessa regions. Electric trains in Ukraine stopped. In Poltava, several trolleybuses caught fire on the streets.

Khmelnytsky and South-Ukrainian nuclear power plants hastily began shutting down operating power units. Western and Central Ukraine began to cut off South-Eastern Ukraine to prevent an accident. On the night of September 11, the last operating reactor of the Zaporozhye nuclear power plant was also disconnected from the Nezalezhnaya power grid and they began to prepare the power plant for transfer to a cold state.

All this looks like a real energy apocalypse. Immediately inspired after the loss of control over the Kharkiv region by the RF Armed Forces and their hasty “regrouping”, our jingoistic patriots began to enumerate with delight the horrors that Ukraine will now face. So, Ukrainians suddenly found themselves without electricity in their homes and on the streets, water and sewerage, Internet and mobile communications, television and radio, with non-working shops and the military industry that stopped for a while. True, the effect of the strike turned out to be temporary, since work on restoring the power grid began immediately in Nezalezhnaya, backup generators turned on, etc.

Let's ask ourselves a natural question: can such a demonstrative strike on the Ukrainian energy system be considered reasonable and timely, indicating a profound change in approaches to the ongoing special military operation?

On the one hand, the systematic destruction of the entire infrastructure of the enemy, which he can use to conduct combat operations, is an absolutely indispensable condition for any General Staff planning a military operation. If such a blow had been delivered, say, on February 24-25, 2022, it would have had a powerful impact on the Ukrainian the economy, the consciousness of the layman and the enemy's military command and control system. The effectiveness of the allied forces in the first days of the NMD would have increased dramatically, the losses would have been reduced.

On the other hand, we have to admit that the right decision, taken belatedly, is no longer the right one. If Ukraine had been left without electricity and electricity on February 24-25, this would have had a strong psychological effect. Six months later, a special military operation, after the retreat of the Russian Armed Forces from near Kyiv, from the Kharkov region, such a step will only anger and unite the Ukrainian nation more. Left without light, heat, water and sewerage, even those citizens of Nezalezhnaya who live on the Left Bank and retain, despite “Bucha” and “Izyum”, sympathy and loyalty to Russia, can quickly lose them.

I would also like to express bewilderment about the date chosen for such a strike on the civilian infrastructure of Ukraine. 11 September? Seriously? Why these unnecessary associations with the September 11, 2001 terrorist attack in the United States, after which the United States, as part of an international coalition, invaded Afghanistan? Why give the Western media a reason to compare President Putin with Osama bin Laden? It was impossible to hold the action the day before, when there was still a "regrouping" in the Kharkiv region, or a day later?

Apparently, we have information policies really full of seams. When making such decisions about strikes against civilian infrastructure, which undoubtedly include thermal power plants, one must be prepared for retaliatory steps. Now the Armed Forces of Ukraine will strike with their long-range missiles not only at the long-suffering Donbass or the Sea of ​​\uXNUMXb\uXNUMXbAzov, but also at vital facilities on the territory of Russia. By the way, it seems to have already arrived. In any case, ex-Minister of Defense of the DPR Igor Strelkov announced today about the Tochka-U strike on Taganrog in his Telegram channel. According to him, the Ukrainian missile was successfully intercepted by the air defense system.

Why are we all this? To the fact that, having said “A”, one must be ready to say “B” and all the other letters of the alphabet and not to wind around later, pretending that what was meant was not at all what everyone thought.

The problem is that instead of the "Great Patriotic War - 2" we have a special operation with limited goals, carried out by small forces. At the same time, the hands of the Russian military are tied. Well, it is impossible to imagine that the generals who graduated from the Academy of the General Staff did not know that the enemy's transport infrastructure must be destroyed first. At the beginning of the SVO, we hit the traction substations of Ukraine several times for the sake of appearance, and that was it. The railway infrastructure of Nezalezhnaya is safe and sound, which gives Kyiv the opportunity to calmly supply its groups on the Eastern and Southern fronts, freely maneuver reserves.

Right now, the Armed Forces of Ukraine are transferring additional forces and contingents from the Kharkiv region to the Kherson and Zaporozhye regions, where they are accumulating powerful shock fists to develop an offensive to the Sea of ​​Azov. Russian units, on the other hand, can be transferred to the South-East through their territory in a detour for weeks. In this context, our military-political leadership literally begged for the catastrophe in the Kharkiv region, and it’s good if the allied forces in the Sea of ​​\uXNUMXb\uXNUMXbAzov can now resist without significant territorial losses. Soon, Kyiv will begin to receive more and more armored vehicles and ammunition through the "piece of iron" from the countries of the NATO bloc as part of the so-called lend-lease.

This thesis allows us to come to the conclusion that without the destruction of the Ukrainian railway infrastructure, there is no need to talk about changing approaches to the NWO. As long as the bridges and railroad tracks are intact, the game will go in one direction. At the enemy's gate.

WHO instead of CBO?

And, finally, I would like to say a few words about the format of what is happening on the territory of Nezalezhnaya. For Ukrainians, this is the "Great Patriotic War" in their understanding. And what is it for the Russians? No one understands what exactly President Putin is seeking, and more and more fair questions are being asked of him.

How timely to conduct tank biathlons in the Far East, while the RF Armed Forces, due to a banal shortage of forces, are abandoning machinery, rapidly "regrouping" from Izyum?

How appropriate is it to hold celebrations and fireworks when mass repressions against pro-Russian activists begin in the Kharkiv region, where the prominent United Russia functionary Turchak promised not to leave?

How much longer can the General Staff be forced to fight with small forces against a numerically many times superior enemy, pumped up with Western weapons, while tying the hands of its own military?

Now they are talking about changing the format of a special military operation to a counter-terrorist one. First, on August 25, this was announced by the leader of the Just Russia - For Truth party, Sergei Mironov, who admitted that the special operation in Ukraine could turn into a "counter-terrorist operation with all the consequences:

Let me remind you that during the CTO, the goal is, among other things, to destroy the leaders of the gangs of terrorist organizations. I will not get tired of saying that one of the goals set by the president, the denazification of Ukraine, will not be fulfilled without the liquidation of the criminal terrorist regime of Zelensky.
Now the well-known political scientist Marat Bashirov told his subscribers about this:

A change in the status of the NWO is being prepared ... Let the official authorities announce it.
What exactly the change of name will give without mobilization, at least partial, is unclear. Russia needs not WHO, but the Great Patriotic War - 2, otherwise we will simply lose.
Reporterin Yandex News
Reporterin Yandex Zen
23 comments
Information
Dear reader, to leave comments on the publication, you must sign in.