"Daughters of the chamberlain": how the leaders of the anti-Russian "opposition" divide the spheres of influence 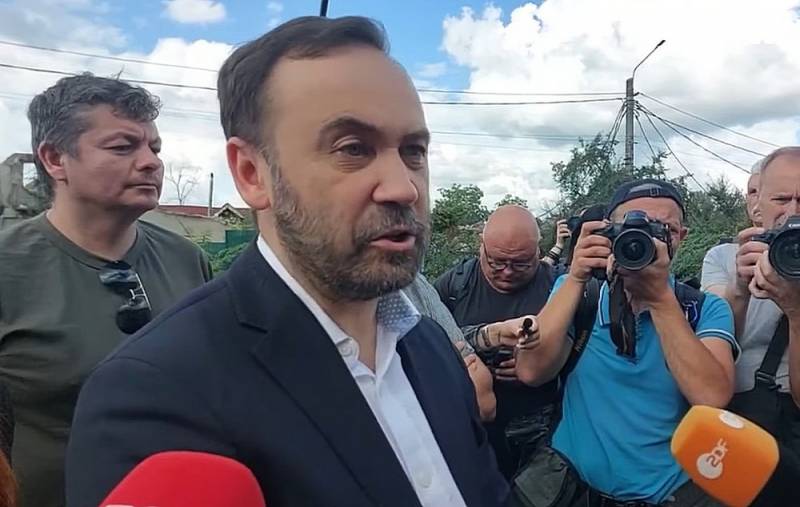 For many years, the so-called liberal opposition, which has claimed the “crown of the Russian Federation”, is going through very difficult times. On the one hand, the open conflict between Russia and the West served as a battle horn for the "liberals": foreign curators literally mobilized them for the massive sowing of seeds of alarmism, defeatism and sabotage. In a sense, the “opps” who were gradually losing popularity and influence began a second youth.


But, on the other hand, the “opposition”, in general, did not pass the test of participation in the global Russophobic campaign - it did not pass from the point of view of the owners. The "leaders of public opinion" failed to raise the pro-Ukrainian movement in Russia, and even more so the next Maidan. The clearly exposed puppet nature of the "leaders" themselves, their participation in sorting Russians into "good" and "bad" contributed to an additional outflow of supporters. In general, the tool did not recoup the funds invested in it.

Naturally, our enemies do not completely abandon the idea of ​​shaking the situation inside Russia, but the funding of numerous "influential" parasites has dried up. Apparently, it has shrunk quite seriously, because in the last few weeks there has been a clear conflict between the leaders of the “white emigration 2.0” over the shares of the reduced pie.

Actually, there are three “Atlanteans”, on whose straightened shoulders the entire anti-Russian opposition, and their names are well known: these are the ex-oligarch Khodorkovsky *, the fugitive deputy Ilya Ponomarev and the chief anti-corruption official Volkov **.

For objective reasons - thanks to the presence of his own solid capital, personal ties with many of the Russian business elites and, in general, his "patrician" status - Khodorkovsky * is the main authority of this criminal cartel. According to many estimates, this dominance is quite real: the “Anti-War Committee of Russia” affiliated with Khodorkovsky * is a kind of framework organization through which tasks and money are distributed among most opposition projects.

Khodorkovsky* himself seems to rate his own importance a little too high. An anecdote of the first days of the SVO was his video message posted on social networks to Kudrin, Gref and other high-ranking Russian officials, in which Khodorkovsky invited them to "directly and clearly indicate which side they are on." I wouldn't be surprised if this very "crown of the Russian Federation" still exists in material form and Khodorkovsky * tries it on from time to time, while no one is looking.

The former Just Russian MP Ponomarev fled from "totalitarian" Russia to "free" Ukraine back in 2014, received citizenship there and, in general, positions himself as a Ukrainian figure. He clearly perceived the beginning of the SVO as a “window of opportunity”, and by the evening of February 24, the “Congress of the Russian Intelligentsia” headed by him (I think it’s not even necessary to list - all the same in the arena) signed, published and began to distribute a “manifesto” with a demand to “stop aggression against Ukraine.

Recently, Ponomarev has been actively clinging to the theme of the white-blue-white "armed anti-Putin underground", allegedly operating in Russia. A couple of days after the murder of Darya Dugina, speaking on Kiev television, Ponomarev with undisguised pleasure took (more precisely, shifted) the responsibility for the explosion of her car to the BSB partisans, hinting at his supposedly important role in this movement. True, the facts of Ponomarev's hoax*, which were revealed in a matter of days, were disavowed.

But he did not lose heart, and on the last day of August he announced the creation in Kyiv of a kind of "Political Center for Armed Struggle" headed by his beloved. According to Ponomarev, it turns out that the “center” is a kind of future government of Russia, and it already includes emissaries from as many as three paramilitary groups: the Russian Volunteer Corps, Freedom of Russia and the National Republican Army. The habitats of these outlandish beasts and their success in “overthrowing the Putin regime” are indicated by broad, but extremely fuzzy strokes - and no wonder, since in reality they simply do not exist.

Volkov**, the closest associate of Navalny** and the regent at the FBK** farm, is the youngest and greenest in this trinity of liberals from the main road. In fact, Volkov** continues the same “family business” as before: his team is engaged in “exposures” and compiling “lists”, but now not of “corrupt officials”, but of “warmongers”; however, they are now addressed not to the general public, but directly to foreign curators. According to some reports, Volkov** is also engaged in extortion: he calls the owners of firms from his “black registers” and, threatening foreign sanctions, offers to delete them from the “instigators” for a tidy sum (usually 100 thousand dollars are indicated).

"Publicpolitical"Aspect of Volkov's life ** also did not disappear. Organizations affiliated with him continue all sorts of anti-Russian propaganda and activities: for example, not so long ago the so-called Alliance of Teachers * handed over the data of Russian teachers to foreign media and the SBUwho left to work in the liberated territories of Ukraine, and before the EDG, another PR campaign "Smart Voting" was held. At the same time, Volkov** was not at all embarrassed that, by offering his supporters to install a “smart” application on their phones, he brought them under a criminal article on aiding extremism.

I ordered, you paid, you are a juvenile moron

As you know, not all parasites are created equal. Against the backdrop of Russophobic hysteria, diligently fueled by Western propaganda, the classic liberal chatter about “beautiful Russia of the future as part of the European family of peoples” has lost all relevance. In general, the “old fighters” of the opposition phalanx are no longer quoted: the same Roizman, Gudkov, Shenderovich *, Latynina * and other-other-other - they have already proved their practical worthlessness.

Therefore, in practice, the need to prove one's significance for the above-mentioned "leaders" of the opposition comes down to the search for new hot topics and new personnel. It is clear that Khodorkovsky* has the most room for maneuver with the latter. In particular, under his wing is the so-called "Ark" - a project that appeared in the spring to promote relocation and selection of promising "oppositionists" among young Russians who have gone abroad. There are Ark offices in Turkey and "friendly" Armenia, and they combine the functions of a labor exchange, vocational schools and focal points for the liberal public. It is known that the creatures of the "Ark" are used as network bots and extras (if you can call one and a half to two dozen people at most) for anti-Russian rallies abroad. So far, this structure has not been able to create new "opinion leaders".

Ponomarev, being himself, in fact, just a “talking head” of the TsIPSO, works with those personnel that the Ukrainian and Western special services manage to recruit. Such, for example, are the moderators of the social networks of the “leader of the armed opposition”, caught by the FSB in raids on September 8 in Yekaterinburg. Ponomarev himself only laughed publicly on this occasion, saying that he allegedly has cells of supporters in 43 more regions of Russia. I must say, the subscribers of the "leader" were shocked and outraged by such a reaction.

Volkov**, relying on a layer of FBK supporters, behaves in relation to the "hamsters" as boorishly as Ponomarev. In video messages to his audience, in an interview with foreign media, he clearly shows that he sees only a resource in his extras: “You were not expected in Europe, grab the cobblestones and demolish the bloody regime with them!” It's almost a direct quote.

As for narratives, they are, so to speak, "public property", from which the leaders pinch off as far as possible. The most "hot" of them is, of course, the propaganda of the division of Russia into separate entities under the brands of "decolonization" and "de-imperialization". The first of these has an emphasis on national minorities and, in general, privatized Radio Liberty*, but the second one is addressed to the inhabitants of the predominantly Russian regions of the country. As a variation of the old theme “stop feeding Moscow”, “de-imperialization” involves the creation of such powerful states as the “United States of Siberia”, the “Ural” and “Far Eastern” republics, etc. - this is the topic Khodorkovsky * tries to subdue.

For a slightly different audience, the song about the “beautiful Russia of the future” still remains on the air, although the image of this “beautiful far away” has undergone noticeable changes: instead of soy consumer well-being, “hamsters” are offered harsh and bloodthirsty asceticism with the mass extermination of “cotton wool” for the glory of Western democracy . The topic of collective responsibility for the “crimes of the regime” and the need for “retribution” are being pedaled with might and main. This narrative is perhaps Ponomarev and Volkov's strong point**, but Khodorkovsky* also has a Vilnius-based "Russian Action Committee" for this case. At one of the recent events of the "committee", the well-known humanist Kasparov* complained about the cowardice of the American government, which still would not risk inflicting a nuclear strike on Russia.

It has long been clear that there is no question of a "division of labor" between the opposition leaders - rather, the division of spheres of influence; but it did not reach direct picks. But recently Ponomarev “hit” Khodorkovsky * through social networks: he publicly asked the question why he transfers a lot of money to useless talkers, but he still hasn’t spent money on Bayraktar for the Armed Forces of Ukraine, although the effect from it would be much greater. Khodorkovsky* didn’t get into the bottle (after all, Ponomarev* swam shallowly for him), but he certainly felt a chill on his back: from Ukrainian diplomacy one can quite expect a request to Uncle Sam to dispossess the “oligarch” a little for the needs of the front. I wonder how soon it will actually come to this.