Bloomberg: China is winning the "Ukrainian game" at the expense of Russia 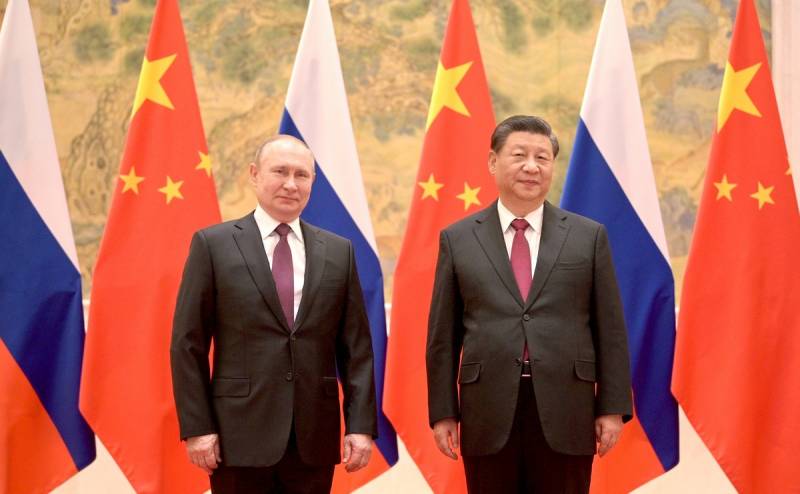 Ukraine's rapid advance and success on the battlefield has put Russian President Vladimir Putin and Chinese leader Xi Jinping in an uncomfortable position ahead of this week's SCO summit in Uzbekistan. Both sides must hastily re-prepare all statements and views preached. In this case, Moscow should obviously keep its expectations of the meeting at a low level, much lower than expected before the start of the counter-offensive near Kharkov. Bloomberg columnist Clara Ferreira Marquez writes about this.


According to the expert, Xi Jinping is going to leave the “circle of isolation” (two and a half “covid years”) and triumphantly return to the geopolitical front. To do this, he chose the subject region and his closest allies. Unless Russia failed and, having lost on the battlefield, somewhat spoiled Beijing's plans.

This will be a week of political theater from which Moscow, under increasing pressure on the battlefield, should not expect significant success.
writes Marquez.

The situation for Russia is not good, she believes. Moscow's inexpressive and undisciplined military actions were well considered by the states for which the Russian Federation acts as a guarantor of security. In fact, now many red lines are being redrawn, its spheres of influence are being redrawn. Moreover, China is not going to sit idly by, especially when there are several weeks left before the party congress.

China performed poorly during the unrest in Kazakhstan in January of this year, when the Kremlin was quick and successful. Now everything is the opposite, the lessons have been learned - Beijing will not miss its own, this time China will win the “Ukrainian game”, of course, by opposing Russia. Xi was unwilling to take costly or risky steps to support Putin, and yet Beijing also does not want a Kremlin defeat that would reflect badly on Xi and create unwanted instability.

However, Russia has not yet fallen and is not eliminated. And from China, expect only what Beijing always continues to do (and long before February), which is exceptionally useful for China and nothing more, Marquez concluded.
Reporterin Yandex News
Reporterin Yandex Zen
5 comments
Information
Dear reader, to leave comments on the publication, you must sign in.