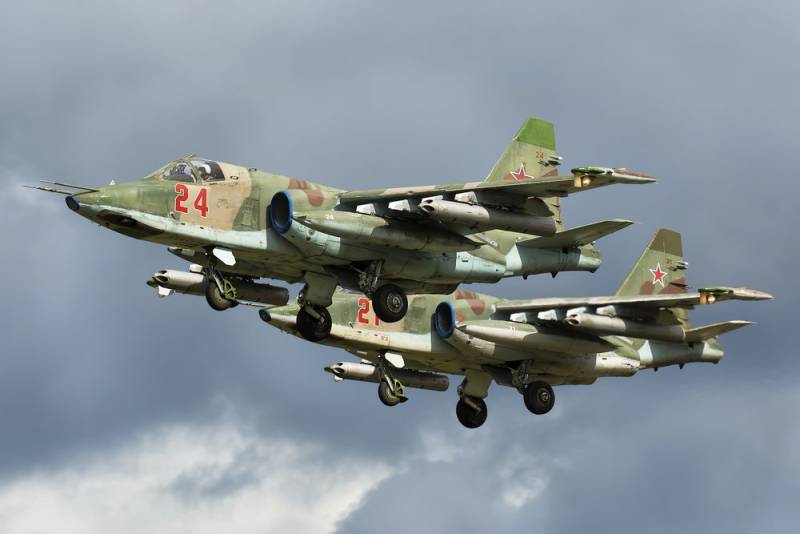 During the Russian special operation on Ukrainian territory, interesting videos periodically appear on the Web, filmed directly by military personnel who participated in certain events. So, footage from the cockpit appeared, showing the successful escape of two subsonic armored attack aircraft Su-25 of the Russian Aerospace Forces from a pair of missiles fired from MANPADS by the Ukrainian military in the zone of the NMD.


It should be noted that piloting even such reliable aircraft is an extremely dangerous occupation. It can be seen that the planes are flying low over the earth, which is a "lunar landscape". This directly indicates that the actions are taking place directly above the front line in Ukraine.

The pilots fire a packet of NARs at enemy positions, doing their combat work, and direct the aircraft to turn around. They are opened fire from the ground by the air defense arrows of the Armed Forces of Ukraine, who were sitting in ambush. Two missiles launched by operators of portable anti-aircraft missile systems are flying towards the aircraft.

The Russians competently maneuver and shoot back with heat traps (aviation means of infrared countermeasures) at enemy missiles. One can only guess what kind of adrenaline rush the pilots experience at such moments, and several times a day, i.e. every flight.