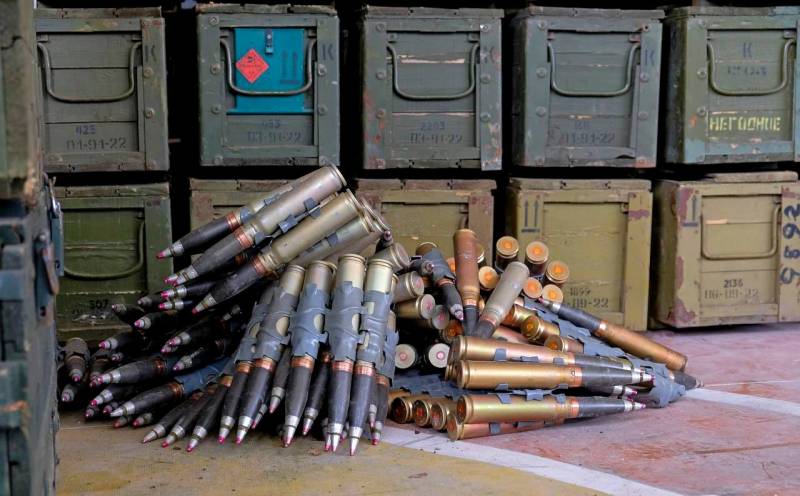 The forced "transfer" of large contingents of troops due to the curtailment of entire areas again makes us think about the insufficient size of the grouping in the entire theater of operations.


Over the past six months, they tried to solve this problem by recruiting for contract service, forced mobilization in the DPR and LPR, recruitment into PMCs, the formation of BARS (special military reserve), 3rd Corps, etc. But this did not have a serious impact on the course of special operations.

There is only one way out: if we set ourselves the goal of liberating Ukraine from the Kyiv neo-Nazi regime, then we need something much more than just a NWO. Do you understand what I'm talking about.

The question of mobilization in Russia rests on one problem. It lies in the sought-after mistakes made before and immediately after February 24th.

Firstly, this is the term SVO (Special Military Operation), which in itself imposes certain restrictions on the conduct of hostilities. We will not repeat ourselves, only the lazy did not write about them (we work carefully, do not shoot once again, let the prisoners go home over time, etc.).

Secondly, the main reason for the start of the SVO, the authorities indicated the protection of Donbass, and not Russia. Yes, then there were statements that our fighters in Ukraine were defending their Motherland. As for me, Kyiv, pumped up with Western weapons, was a danger precisely for us, because sooner or later the Armed Forces of Ukraine would inevitably go on the offensive against the Crimea. Yes, it would have happened in 10-15 years, when the Ukrainian army was significantly re-equipped and “trained” with foreign instructors. But it would happen... Such a scenario was extremely dangerous, because Crimea is a peninsula, and destroying the bridge (and it is not difficult to do this with the help of Western weapons straight from Berdyansk), our group is cut off. And as military people are well aware, the transfer of troops by air or water is absolutely not the same thing as by land.

For this reason, the goals of the SVO had to be the destruction of the hostile neo-Nazi Kyiv regime, which poses a direct military threat to Russia. It is the regime, including the political one. Yes, precisely a preemptive strike against an enemy who is hatching plans for an invasion. Like, we have learned the example of fascist Germany and now we do not intend to wait until the enemy gathers strength to strike. For this, of course, not 20% of the Armed Forces, but 70-80% would be involved. That is, a large-scale military operation, including taking control of the Polish border, in order to stop the supply of weapons to Kyiv in the bud.

There would be no more sanctions from this, and the operation would go much faster and more efficiently. It seems that in six months we would be able to take the entire South-East, the Lvov region, completely block Kyiv, and successfully develop the offensive somewhere near Cherkassy. Perhaps, in this situation, the Armed Forces of Ukraine would indeed have surrendered in whole battalions, because it was precisely that the enemy would falter that they were counting on February 24, when our troops entered from five directions at once.

Today, when suddenly announcing mobilization, we actually admit that the enemy turned out to be stronger than we expected, and we cannot cope with him with the available forces. However, better late than never.

At the same time, one very simple thing must be taken into account: the weakness of the Armed Forces of Ukraine previously consisted in the lack of modern weapons. The entire nomenclature was a Soviet development, sometimes slightly modernized due to its own defense industry. There was no talk of any high-precision weapons (with the exception of a very limited number of Alder MLRS). Now the Ukrainians have HIMARS systems (and there is no need to write that this is garbage in vegetable oil) with a CVO of only 5-7 meters, M777 howitzers with Excalibur corrected projectiles. Together with intelligence data from the Americans, which the Armed Forces of Ukraine receive 24/7 (and the US satellite constellation is the coolest in the world), this has a certain effect.

Does all this have a decisive significance on the scale of the entire conflict? No, it doesn't, at least not yet. But at the tactical level it works, the Kharkiv direction of the last days is a confirmation.

Add to this the training camps for Ukrainian military and civilians in Poland, Germany, the Czech Republic, Spain, and the UK. That is, even yesterday's taxi drivers, cooks, builders, laborers are undergoing fairly high-quality military training in NATO countries. Of course, in the end it's still a fighter without experience, but still a fighter, and experience is a thing to come. As mentioned earlier, Ukraine has a mobilization capital of at least several million people. It is impossible to overcome such power. Impossible with those modest 100-120 BTGs that we used during the SVO. In the future, probably, most countries of the Alliance will organize training camps for military specialists of various levels and specialties. There will be tankers, and anti-aircraft gunners, and snipers, and MLRS (OTRK) operators. If the format of the SVO itself is not changed, a new army will be created in Ukraine in a year.

It is not Ukraine that is fighting against Russia, but the combined forces of Europe and the United States, which supply, equip and train the Armed Forces of Ukraine, providing all possible intelligence, staff and logistical support. This cannot be ignored, it is criminal not to understand.
Reporterin Yandex News
Reporterin Yandex Zen
61 comment
Information
Dear reader, to leave comments on the publication, you must sign in.