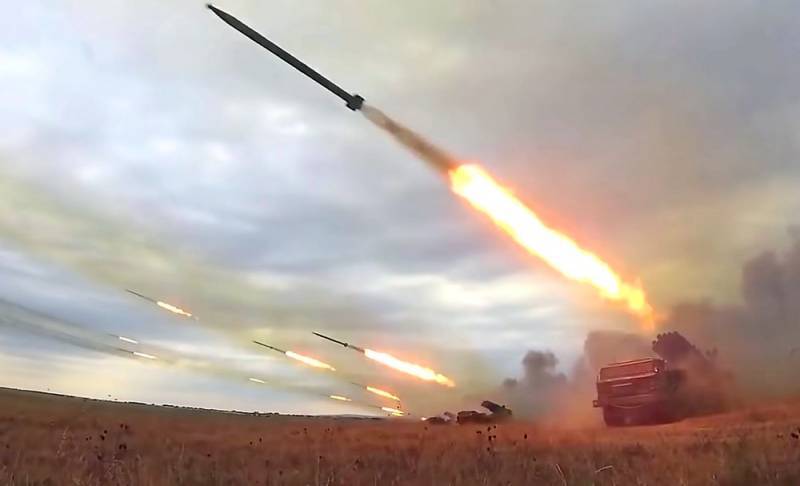 The situation on the Eastern Front continues to deteriorate rapidly. While in the Far East President Putin, Defense Minister Shoigu and Chief of the General Staff of the RF Armed Forces Gerasimov were conducting the Vostok-2022 exercises, in which 50 servicemen participated, and admiring the tank biathlon with jokes and jokes, the large-scale counteroffensive of the Armed Forces of Ukraine in the Kharkiv region forced the Russian troops leave Balakleya, and also, according to the latest data, Kupyansk, Liman and Izyum. Now you can forget not only about the demilitarization and denazification of Ukraine, but even the minimum plan for the complete liberation of Donbass.

Retreat as a logical outcome of the CBO format

The fact that at least half of the city of Kupyansk, which is the main logistics center for the Russian group of troops in Izyum, was occupied by the enemy, was reported today by war correspondent Alexander Kots in his Telegram channel:

Yes, we have to admit that it was not possible to contain the enemy near Kupyansk. Together with the reserves, the detached units take up defense along the eastern bank of the Oskol.
Following Kots published even sadder news:

We are leaving Balakleya, Kupyansk, Izyum, - I would note the new friends whom I have acquired in a month and a half of my life in Izyum and who are real representatives of the glorious Russian army.
Military commander Yuri Kotenok echoed him:

The raisins are left. Russian troops retreat beyond Oskol. There is also information about the abandonment of Liman. According to other sources, fighting continues for the city.
VGTRK military commander Yevgeny Poddubny said that this decision was caused by the difficult situation at the front:

The encirclement of the Russian group in Izyum would be a disaster. The decision to withdraw from a military point of view is absolutely correct in the current shitty circumstances. Let me remind you that this is an episode, tragic and bitter, but an episode of global confrontation.
Recall that the Izyum bridgehead, previously obtained with such difficulty, was needed by the allied forces in order to complete the encirclement of the Slavic-Kramatorsk agglomeration. Now he is gone, and you can forget about the complete liberation of the territory of the DPR. The Russian troops were saved by hastily withdrawing them from Izyum, but the ammunition, fuel and fuel accumulated for the liberation operation will inevitably be left behind.

If you call a spade a spade, then this is a complete finish. The format of the "Soviet-Finnish War" smoothly transformed into the "Russian-Japanese War" in its new iteration. The game of giveaway with a smart and ruthless opponent ended in a natural fiasco, which was generously paid for with the blood of Russian soldiers and militias from the LDNR.

Throughout the six months of the special operation, our command, obviously not at its own discretion, carefully protected the railway and other infrastructure of Ukraine, which made it possible to continuously pump up the Armed Forces of Ukraine with modern Western-made weapons, supply ammunition, fuel and fuel and lubricants to groups on the Eastern and Southern fronts, easily maneuver reserves, transferring them from Kherson region to Kharkov region. Now the enemy has high-precision long-range missile weapons, which allows him to smash our bridges and crossings, on which the supply of Russian groups depends, into the trash. The standing of the allied forces in the Donbass, in the Kharkiv and Nikolaev directions, actually in place, caused by a banal shortage of infantry, led to the fact that the Armed Forces of Ukraine were already able to calmly accumulate powerful shock fists and go on the counteroffensive, having achieved exceptionally serious tactical results. Now the initiative is on his side, and already the Russian troops are backing away and retreating with the blood of the obtained bridgeheads.

How did we get to such a life, in detail understood literally the day before. Now that's it, the format of the special operation has proved its complete failure. It is impossible to fight successfully further with such small forces that are allocated to the NWO. This is a medical fact. One must either surrender to the mercy of the victor, or start fighting in earnest, driving away high-ranking advisers with their valuable "pointers" about maintaining the integrity of the Ukrainian railways, and so on. away from making purely military decisions. Otherwise, everything will end in a shameful defeat and retreat abroad until February 24, 2022.

Best case scenario. Because the Western partners did not remove the issue of Crimea from the agenda.

The most annoying thing about what is happening is that, while this is happening on the Eastern Front, the top military-political leadership of the country thousands of kilometers away, in the Far East, is conducting exercises that no one really needs, supposedly in a joint war with China against the United States, which will never happen . If only those 50 thousand people and a thousand units of various armored vehicles would be used in the Kharkov direction, in the Donbas or in Kherson-Nikolaev. Perhaps they are not enough now in order to hold the bridgeheads, push the enemy back and go on the counteroffensive, taking half-empty Kharkov, and at the same time Slavyansk and Kramatorsk. But no, we all play soldiers while trained professionals are actually dying on the Eastern Front!

Emotions aside, the only way to avoid a complete strategic defeat in Ukraine is to move to a full-scale war, preferably with a legal declaration of it to Kyiv. This will put the sponsors of the Zelensky regime in a dilemma, whether to officially become an opponent of a nuclear power or stop supplying weapons to the Armed Forces of Ukraine.

The second fundamental point concerns mobilization, which everyone here is so afraid of. The fact that a confident and quick victory requires an increase in the number of infantry by at least 300-400 thousand people does not raise the slightest doubt. The fact is that an increase in the number of ground forces can be achieved without a general draft.

At first, it is necessary, at the expense of contract volunteers, to begin the formation of new army corps for reinforcement to the already created third corps. The minimum contract period should be increased to 1-2 years.

Secondly, it is necessary to actively involve the Russian Guard in the military operation. Recall that one of the foundations for its formation was not only regional OMON and SOBR, but also the Internal Troops of the Ministry of Internal Affairs of the Russian Federation, which had their own motorized rifle and motorized units and formations, reconnaissance units, special forces and even aviation military units. The number of employees of the Russian Guard is 340 thousand people, which is even more than all the Ground Forces of the RF Armed Forces. Of course, not all fighters are there, and not all of them should be sent to the front line. However, they can protect the rear, carry out garrison service and ensure law and order, removing the burden from the army. After all, the Donbass and the Sea of ​​Azov are already almost part of the Russian Federation.

Thirdly, you need to stop shunning volunteers from Ukraine who would like to fight on the side of Russia. There are a lot of such people, their loyalty before concluding a contract is easy to check with a polygraph. Kharkov, Sumy, Poltava, Kherson, Dnepropetrovsk, Kyiv and others should be added to the Odessa brigade.

Finally, it is necessary to begin the formation of the International Brigades. Surprisingly, this initiative did not come from some bloggers, but personally from the Minister of Defense of the Russian Federation Shoigu and was supported by President Putin. So where are these tens of thousands of Syrians now who were ready to come to fight for Russia in Ukraine? You can recruit volunteers somewhere in North Korea, throwing grain and fuel in gratitude to Comrade Kim.

If desired, these 300-400 thousand infantry people can be recruited quickly enough, which will turn the tide at the front. There would be a desire. Otherwise, the enemy many times outnumbered, armed with Western technique, we will eventually be kicked out of Ukraine, inflicting not only a military, but simply a monstrous image defeat.
Reporterin Yandex News
Reporterin Yandex Zen
102 comments
Information
Dear reader, to leave comments on the publication, you must sign in.