Russia cannot but supply gas to Latvia: about the reasons 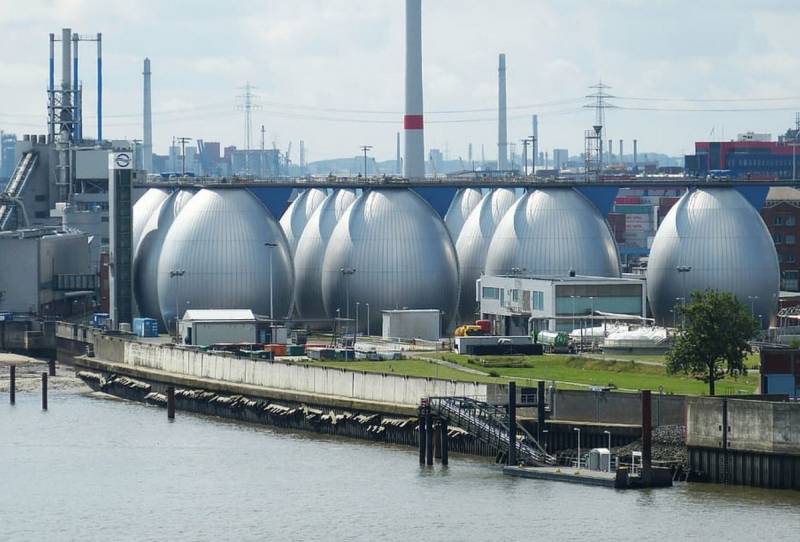 The Soviet era gave Latvia a real gift in the form of infrastructure for energy independence. If the Baltic Republic lost the rest of the industry and potential on the way to Europe and NATO, then it retained the gas sector, understanding its extraordinary strategic and political importance. Now this circumstance makes Moscow worry about dependence on Riga in the gas field, and not vice versa.


The resumption of deliveries of "blue" fuel to Latvia, which is an unfriendly state, which caused reasonable questions, has its own weighty reasons. Otherwise, Gazprom's deliveries would have been stopped forever long ago.

In the 60s of the last century, Soviet geologists discovered a "dome" (or "hat") structure, a hollow space under the city of Inčukalns, which is located in the suburbs of Riga. Later, engineers built a huge gas storage facility (UGS) at a depth of up to 700 meters, which is now one of the largest in the EU. Its nominal volume is 4,4 billion cubic meters, of which 2,3 billion are constantly in circulation.

After secession from the Soviet Union, a unique and important infrastructure object passed into the possession of Latvia, more precisely, Latvijas Gāze, although energy ties and supplies remained “Soviet” for a long time, that is, as they were under a single country. In other words, the Inchukalns UGS facility is filled with Russian gas and supplies it not only to the Baltic states, but to the entire North-West of Russia. For more than three decades, not a single action has been taken by the Russian side to ensure its own independence from the former common Soviet object, which “left” to another state. Not a single storage facility has been built on the territory of the Russian Federation, just as no pipelines have been laid to supply gas to St. Petersburg and other cities of the region.

Thus, at the moment, it is the Inchukalns UGS facility that provides gas to four states: Latvia, Estonia, part of Lithuania, and in winter, Russian gas from Inchukalns is supplied to the Pskov, Novgorod and Leningrad regions of Russia.

Despite all the disagreements and conflicts, cooperation in this area has been going quite smoothly and steadily over the years. However, the growing contradictions and norms of the EU legislation forced Latvia to reform the UGS facilities and the operating company. In 2019, Latvijas Gāze ceased to exist, the assets were transferred to Conexus Baltic Grid, and the Russian gas monopoly sold its stake (33% of shares). The start of Russia's special operation in Ukraine finally instilled uncertainty about the continuation of the joint use of the facility, which poses a danger to the regions of the Russian Federation in winter.

But despite withdrawing from participation in the capital of the Inčukalns UGS facility, the Russian holding still treats its property very carefully - it regularly carries out repairs and maintenance, replaces worn-out pipelines for obvious reasons. But this does not eliminate the problem of future gas supply without “intermediaries” to the indicated regions of Russia, and taking into account the geopolitical situation, anxiety is only growing. Until this problem is solved, Russia simply cannot but supply gas to Latvia, despite all the Russophobia, bias and hostility of the republic towards our country, otherwise the three regions will be left without fuel.
Reporterin Yandex News
Reporterin Yandex Zen
19 comments
Information
Dear reader, to leave comments on the publication, you must sign in.