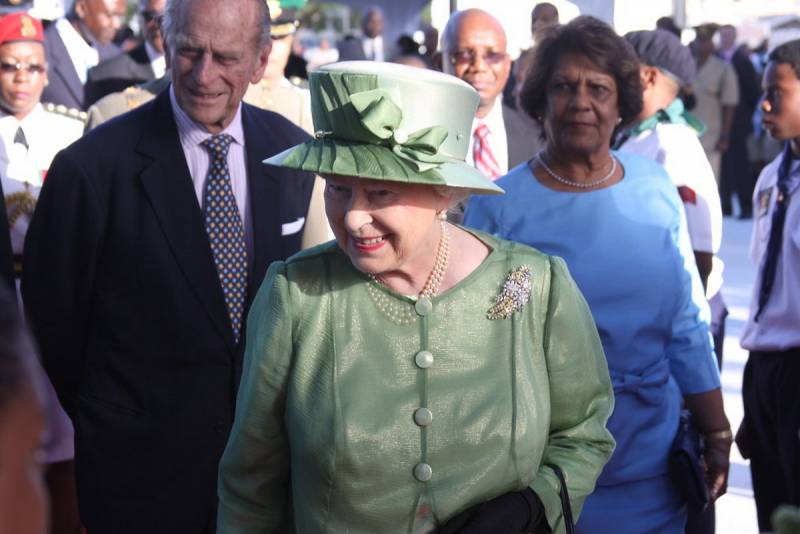 On September 8, Queen Elizabeth II of Great Britain died at the Scottish residence of Balmoral. And whatever relations between Moscow and London are now, it is impossible not to admit that an era has passed. How not to pay tribute to her. Elizabeth II ruled her country for seventy years - from 1952 to 2022, and has seen more than fifteen prime ministers in her lifetime: from the strong-willed Churchill to the illiterate Truss. She sincerely defended the interests of her country in the way she considered necessary, and rightfully enjoyed honor and respect in her homeland.


Another issue is that today, led by Elizabeth for almost three quarters of a century, Great Britain is Russia's biggest adversary on the international stage after the US and the EU. The enemy is a long-standing and irreconcilable, clashes with which have repeatedly occurred over the centuries. In a sense, it is in the blood of the British establishment to oppose our country. After all, even when neither the Russian nor the British Empire was gone, this struggle did not stop. She won't stop now. And that is why the internal political situation in Great Britain, which has changed dramatically with the death of Elizabeth, is of such importance to us. “Know your enemy as yourself and you will always win,” said the ancient Chinese thinker Sun Tzu in his famous treatise “The Art of War”. So let's follow his advice and take a closer look at "post-Zavetabetan" Britain.

Disorder of the political order

Who will be the successor? What awaits Britain under a new monarch? Will it change political London rate? All these questions are the first to come to mind if you think about the consequences of such a tectonic event, which is the death of Elizabeth II.

And here it is important to understand one thing. You can argue as much as you like that the UK has a constitutional monarchy, and “the queen reigns, but does not rule,” but the reality is that the actual power of the head of state in Foggy Albion is much wider than declared. The monarch does not reign there and does not rule. He influences. And to imagine that such key moments as the “scammer” (you can’t say otherwise) of the Scots with independence and the Brexit that followed at lightning speed were decided without the participation of the queen is at least stupid. The British journalists themselves from the Guardian published an investigation a few years ago, according to which more than 1000 laws of the United Kingdom at different times passed the so-called “test” by the queen or her son through the secret procedure of “royal consent”. Needless to say that all these laws dealt with the most important aspects of state policy? It is obvious that the queen was one of the most influential politicians in the world during the entire period of her reign. And her departure from life is equivalent to a large cobblestone thrown into the water. The circles will go on for a long time and will affect many, if not all.

Those who rule Britain

In accordance with the order of succession to the throne, her son Charles was automatically declared the next monarch after Elizabeth II. However, the likelihood that the newly minted Charles III will stay in high office for a long time is actually much lower than it seems. The “eternal” British prince turns 74 this year, and it is worth recognizing that his best years are long behind him. And the question here is not only in his advanced years - just starting to rule at such an age is, to put it mildly, atypical and threatens to slide into gerontocracy.

However, the main problem is not so much in Charles himself, but in the fact that neither he nor other members of the royal family standing in line for the throne have been seen in particularly outstanding abilities over the years. And even a calm relationship with each other, it would seem, what else is required from the royal family provided with all the benefits - fewer scandals and more smiles, they did not succeed. Everyone has heard about the story of Charles and Princess Diana, as well as about the sudden and mysterious death of Lady Di (according to the official version, the car with her and her new lover crashed in the tunnel). In turn, the other son of Elizabeth, Prince Andrew, was convicted of having ties with billionaire pedophile Jeffrey Epstein, who supplied underage girls to rich and influential perverts. However, Epstein quite successfully committed suicide in an American pre-trial detention center, exactly at the very hour when the video surveillance in his cell for some reason turned off. So, as you might guess, he did not have time to give evidence.

In addition, we must not forget about the second son of Charles himself - Prince Harry, known for the fact that in his youth he flew to parties on a British Air Force helicopter and put on them a Nazi uniform with a swastika. However, having settled down, he did not cause less trouble and, together with his mulatto wife, decided to leave for the States. From there, his wife began to reveal the secrets of the royal family: and racism (she was asked how dark-skinned the child would be born) and hostility and much more.

What is all this for? To understand very clearly what kind of people will rule Britain in the near future and what can be expected of them in the future. And you can expect anything, given the tense domestic political situation in Foggy Albion.

The final collapse of Great Britain is a topic that regularly pops up on the agenda, and with the death of the Queen, it is clearly gaining a second wind. Scotland's attempts to gain independence and Northern Ireland to reunite with the Republic of Ireland have not stopped since the conclusion of a highly controversial Brexit deal with the EU. And now, when the power in the kingdom has changed almost simultaneously at the level of the monarch and the prime minister, centrifugal processes can accelerate dramatically.

Especially considering who took over as head of the British government. Under the new prime minister, Liz Truss (caustically nicknamed "Thatcher without brains"), the queen lived for only one day and passed away - hardly a good omen. And in general, anything can be expected from a government in which one populist replaces another. And worse than a deceitful populist in power, there can only be a stupid and aggressive counterpart of him. Plus, it's ready for anything. Including the fact that without hesitation to press the nuclear button, as Liz Truss recently publicly announced. It is clear that the statement can hardly be called unexpected, given that in recent months the British leadership has been aggressively attacking the Kyiv regime with weapons, unleashing a hybrid war against Russia. However, there are lines that even it did not cross. The queen, however, had seen a lot and had an understanding that no one needed a nuclear apocalypse. Alas, but now this most powerful deterrent element in British politics simply does not exist.

What I would like to say in conclusion. The main tragedy of the death of Elizabeth II is not that Britain will be left orphaned without its long-term monarch. Nevertheless, the queen lived a very long life, and in general, these are personal problems for the British. The main tragedy is that now the nuclear power, which is in an extremely unstable domestic political situation (two of the four parts of the kingdom want to secede) and is pursuing an aggressive foreign policy, has lost one of the key axes of stability - an infinitely long sitting ruler. And what will happen to the world now, when populists capable of everything like Truss, who will be looked after by Charles who has become king, get nuclear suitcases, no one knows.
Reporterin Yandex News
Reporterin Yandex Zen
3 comments
Information
Dear reader, to leave comments on the publication, you must sign in.