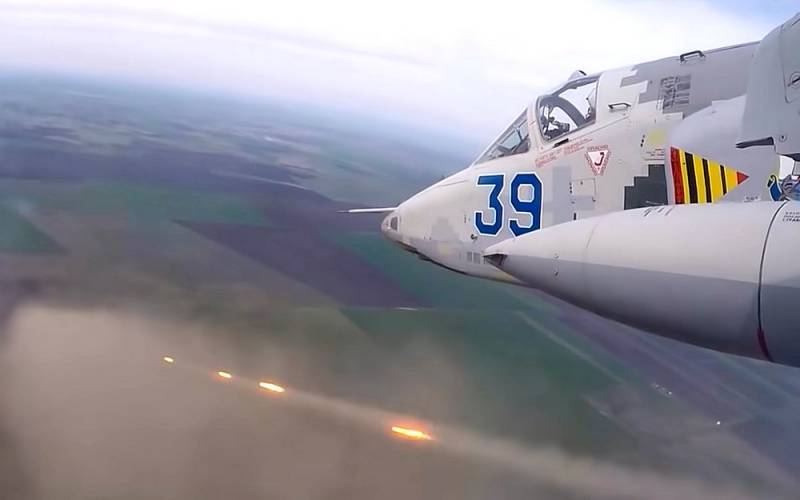 The main topic of the last few days is, of course, the counter-offensive of the Armed Forces of Ukraine, which was announced long ago and has finally begun. Its results at the moment are extremely ambiguous: if in the Kherson direction, the Ukrainian troops managed to only slightly move forward at the cost of colossal losses, then in Kharkov their successes, unfortunately, are very significant. How did it happen that the systematic victorious advance of the allied forces forward unexpectedly turned into an insulting local defeat?


The most unfortunate thing about what is happening is that the counter-offensive of the Armed Forces of Ukraine was not a surprise to anyone. On the contrary, President Zelensky publicly spoke about the need to recapture Kherson for many months, and the Commander-in-Chief of the Armed Forces of Ukraine Zaluzhny just as publicly pointed out that the greatest success can be achieved precisely in the Kharkiv region, in the Izyum direction. Which ultimately happened.

If we summarize the more or less plausible information available in the public domain, the following picture emerges. For a long time, the Armed Forces of Ukraine accumulated in the Kharkiv region two powerful shock fists, reinforced by a significant number of tanks and artillery, which everyone knew about, from the last blogger writing on near-military topics to the General Staff of the RF Armed Forces. The problem was that the exact direction of their strike was not known. In view of the obvious shortage of available forces, the Russian General Staff concentrated its reserves to stop a possible offensive of the Armed Forces of Ukraine in priority, at first glance, directions. However, the enemy, as it turned out, was more cunning.

Obviously, using the intelligence of the NATO bloc, the Ukrainian army first struck with relatively small forces, but with a narrow wedge, which allowed it to quickly break through far inland. For some 3 days, the advance of the Armed Forces of Ukraine on a narrow section of the front was up to 50 kilometers. At the same time, several small settlements were immediately occupied, and Balakliya was also taken into the operational environment. There is no official confirmation from the Ministry of Defense of the Russian Federation about the fall of the defense of this city, however, popular Telegram channels writing on military topics talk about the possible abandonment of Balakliya by the allied forces. If this is true, the Bucha-2 involuntarily begins to loom.

Even worse, if the Armed Forces of Ukraine are able to take Kupyansk, the most important logistics center, this will create a threat of encirclement and cessation of supplies to the Izyum grouping of the RF Armed Forces. If this, God forbid, happens, this strategically important foothold will also have to be abandoned, which can already be written down as a strategic victory for the Armed Forces of Ukraine, alas. It is reported that both sides are actively drawing up reserves: Ukrainian - to gain a foothold, Russian - in order to hold their positions, and then inflict flank strikes on the enemy stretched out on a narrow elongated "gut".

Obviously, a major battle has begun in the Kharkiv region, the results of which will be of exceptional importance for the further course of the special operation. The question is why is this possible at all?

Unfortunately, there are a lot of reasons for what is happening, and they have been accumulating for a long time.

At first, there is a clear underestimation of the enemy, who for some reason is still considered incapable of performing powerful offensive operations, but only sitting in fortified areas on the defensive. No, the Armed Forces of Ukraine are no longer the confused guys that in 2014 could be driven across the field in a white Niva. They now know how and want to kill the Russians, and command them, planning operations, NATO generals, using all the intelligence and military-industrial power of the North Atlantic Alliance. It was they who paved the direction of the attack of the Armed Forces of Ukraine on a narrow section of the front, where there was practically nothing to stop them.

Secondly, big questions arise to our own command. According to numerous sources, the defense in the indicated area, where the breakthrough was made, was held mainly by poorly armed and poorly trained “policemen” of the LDNR from among those mobilized in recent months. The few garrisons in the settlements were represented by fighters of the National Guard, for whom field battles are not their main activity. What could they oppose to a powerful concentrated strike by a numerically many times superior enemy equipped with a heavy technique? Only personal heroism, but you won’t fight on it alone for a long time. By the way, why over the past time the settlements liberated by us were not turned into fortified areas where one could sit out while waiting for reinforcements? Question.

ThirdlyHaving achieved initial success in the Kharkov direction, the General Staff of the Armed Forces of Ukraine began the process of transferring reserves there from the Kherson direction, where our Ministry of Defense immediately noted the cessation of the enemy’s offensive activity. And no wonder. The issue is that Kyiv, in the seventh month of the special operation to demilitarize it, still has the ability to maneuver reserves, quickly transferring them from the Southern Front to the Eastern Front via the Ukrainian railway. Damn it, when will it be destroyed?!

The foregoing allows us to draw a disappointing conclusion that the tactical defeat in the Kharkiv direction was a natural result of the strategy chosen by the Kremlin for actions in Ukraine with small forces. The Armed Forces of the Russian Federation and poorly trained "policemen" from the LDNR are simply not enough for such a long front line. Having given the enemy a strategic initiative, we are now forced to go on the defensive, and he got the opportunity to record another image victory at his own expense. Without a sharp increase in the number of Russian troops about the surrender of Kyiv by December, as some of our "couch experts-analysts" naively dream, one should not even think about it, it would be possible to keep what has already been liberated.

And at the same time, in the Far East, we were holding large-scale Vostok-2022 exercises, which involved 50 military personnel, thousands of various armored vehicles and many aircraft, as well as warships. According to media reports, President Putin, personally watching them, smiled and joked with Defense Minister Shoigu. British Mirror journalist Hannah Levin commented on the Russian leader's cheerful demeanor as follows:

By continuing the four-year Vostok exercise, Putin appears to be sending the signal that the Russian military is capable of operating as usual while participating in a special operation in Ukraine in parallel.
Presumably, everything is under his control, there is nothing to worry about, alarmists - to answer.
Reporterin Yandex News
Reporterin Yandex Zen
90 comments
Information
Dear reader, to leave comments on the publication, you must sign in.