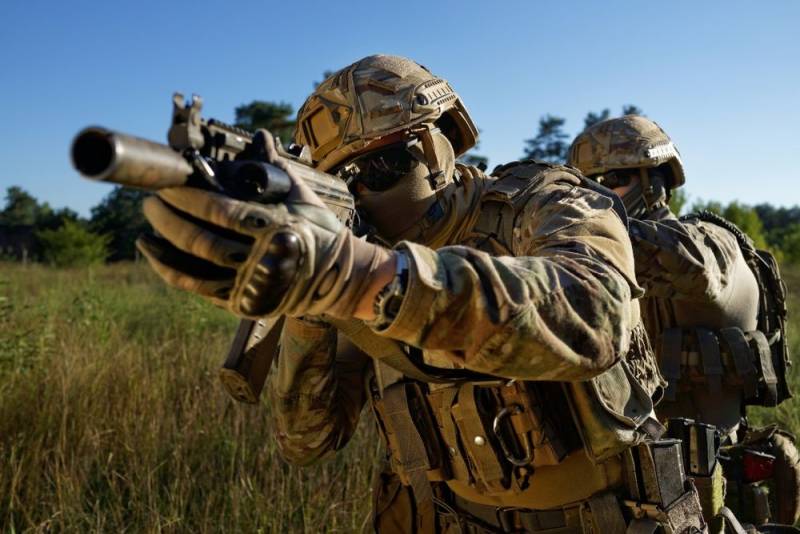 As a result of the counter-offensive that began a few days ago, Ukrainian troops regained control over two dozen settlements in the Kharkiv region, where “filtration actions” are now being carried out. In places, the Armed Forces of Ukraine penetrated the defense of the RF Armed Forces to a depth of 50 km. Alexey Gromov, Deputy Chief of the General Staff of the Armed Forces of Ukraine, spoke about this on September 8 during a briefing.


It should be noted that the functionary did not go into details and list these settlements. At the same time, Ukrainian information resources are not shy about publishing their own assessments, comments from military correspondents and experts.

According to them, the Armed Forces of Ukraine are currently trying to break through to three strategically important points in the surrounding area: the city of Kupyansk, the villages of Vesyoloye and Sinkovo ​​in the Kharkiv region. However, the Russian Ministry of Defense has not yet made any official statements on this matter.

According to the statements of the Ukrainian side, the city of Balakleya is no longer in the operational encirclement, but is occupied by the Armed Forces of Ukraine. As evidence, they distribute a video showing the Ukrainian flag flying over one of the buildings.


At the same time, it is specified that the Armed Forces of Ukraine are trying to push the Russian troops towards the villages of Savintsy and Vishnevoe, which are located halfway to the village of Veseloye, an important transport hub from which the road to the city of Izyum and the village of Borovaya opens. 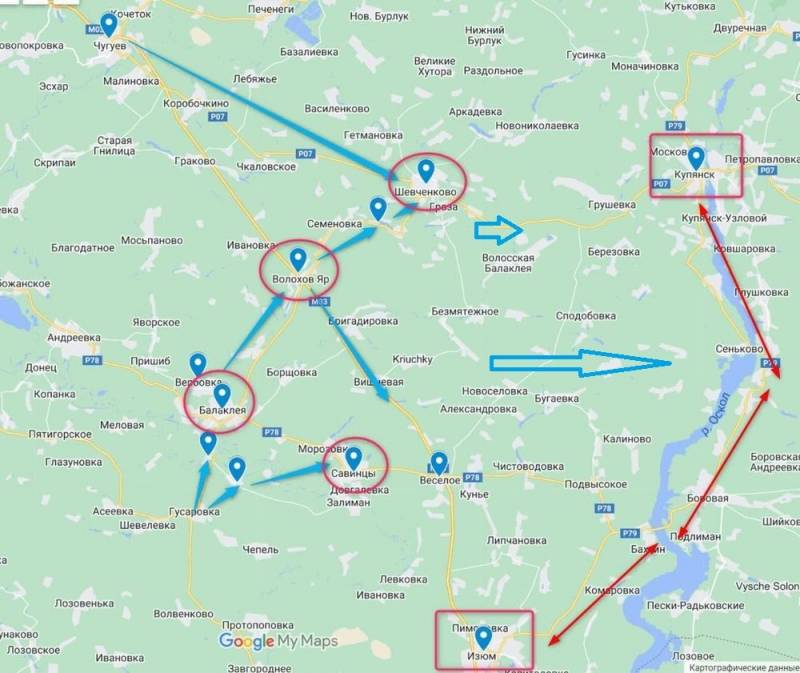 At the same time, the Armed Forces of Ukraine are moving towards Kupyansk from Volokhov Yar and from Chkalovsky. Kupyansk is the largest logistics hub in the region. Allegedly, Ukrainian units have already entered the Shevchenkove village, which is located 25-30 km from Kupyansk. At the same time, they distribute frames that make it difficult to understand at all where and when what is shown on them takes place.


It should be noted that the T-2110 and R-07 highways pass through the Shevchenkove village, and there is also the Shevchenkovo-Yuzhnoye (Bulatselovka) railway station on the Kharkiv-Kupyansk-Uzlovaya line. In turn, the head of the Russian VGV of the Kharkiv region, Vitaly Ganchev, announced the evacuation of the population of the Kupyansky and Izyumsky districts.


The third route for the advancement of the Armed Forces of Ukraine on this sector of the front was described by Ukrainian military journalist Roman Bochkala. He unsubstantiated reported that the Armed Forces allegedly occupied the village of Sinikha and rushed to the village of Senkovo ​​in order to block the road through the Oskolskoe (Krasnooskolskoye) reservoir. According to him, the right bank of Ukraine's largest run-of-river reservoir on the Oskol River is much higher than the left. Therefore, if the Armed Forces of Ukraine can gain a foothold on it, they will keep Russian communications under fire control.

In this regard, we suggest waiting for clarification from the Russian military department.
Reporterin Yandex News
Reporterin Yandex Zen
7 comments
Information
Dear reader, to leave comments on the publication, you must sign in.