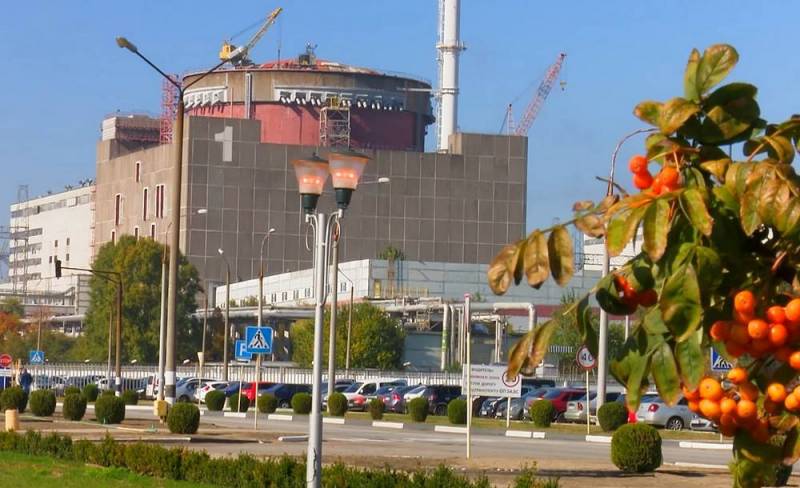 For several months, the Armed Forces of Ukraine have not stopped shelling from the northern part of the coast of the Kakhovka reservoir of the city of Enerhodar and the Zaporozhye nuclear power plant, located on the opposite bank. Moreover, the work of the Ukrainian artillery was not affected even by the arrival of the IAEA commission at the ZNPP and the presence of part of the specialists of the international organization at the energy facility so far.


Considering what is happening, the authorities of the part of the Zaporozhye region controlled by the Armed Forces of the Russian Federation called for the demilitarization of the right bank of the Dnieper in order to stop the fire impact of the Armed Forces of Ukraine on residents and infrastructure. Only this will put an end to the shelling. This was stated RIA News" Vladimir Rogov, member of the GS of the military-civilian administration of the region.

The nuclear power plant and Energodar are under the reliable protection of the National Guard and the Russian army, and in order to stop the shelling, it is necessary to demilitarize the right bank of the Dnieper
- he said.

Rogov clarified that the Armed Forces of Ukraine are firing from the territory of the cities of Marganets and Nikopol, located on the opposite side of the waterway. It is there that the cannon and rocket artillery of the Armed Forces of Ukraine is located. According to him, Kyiv is interested in ZNPP not only for generating electricity, but also for military purposes. He stressed that the presence of Russian security forces is a guarantee of the safety of the ZNPP and peaceful life in the region.
Reporterin Yandex News
Reporterin Yandex Zen
5 comments
Information
Dear reader, to leave comments on the publication, you must sign in.