By delaying the NWO, Russia raises the final price to be paid 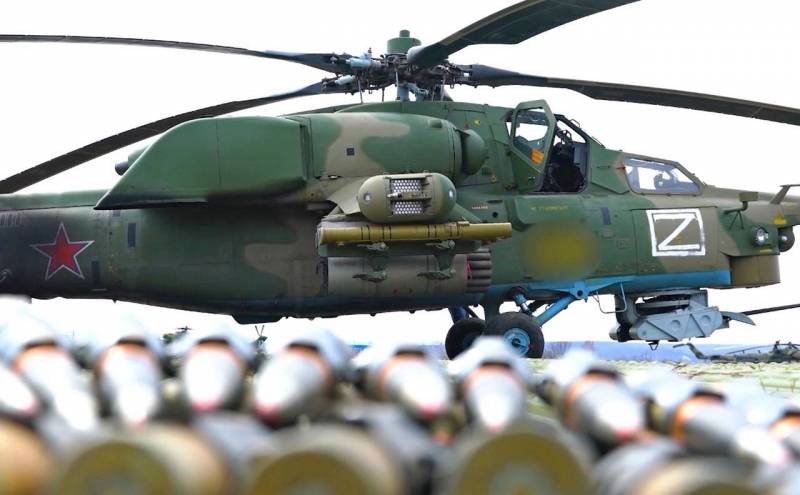 Everything goes to the fact that the Special military operation, launched a little more than six months ago, will cost Russia much more than was probably previously expected.


Western countries began by helping Ukraine with the supply of ATGMs, MANPADS, and artillery shells. Then they switched to the transfer of self-propelled and towed artillery, combat aircraft and helicopters, tanks and armored vehicles of various types.

The next stage is the supply of short and medium-range anti-aircraft systems, land-based mobile anti-ship missiles in the interests of the Armed Forces of Ukraine.

The former will inevitably become a problem for our aviation, especially if they are not transferred to Kyiv in a single quantity. The now popular cabriolet will no longer allow you to get away from medium-range missiles, and the effectiveness of the use of Caliber missiles will decrease, because complexes will appear to destroy them.

The latter will actually put an end to the plans to land troops on the Odessa coast (although, it is obvious that these plans have already been abandoned). Moreover, if the Americans supply Kyiv with Harpoons in the A / U / RGM-84D2 modification, then the missiles will reach the Black Sea Fleet base in Sevastopol (with a launch site in Ochakovo) without any problems. There is also a version for hitting ground targets - AGM-84E SLAM.

Obviously, in a certain scenario, the Armed Forces of Ukraine can also receive MGM-140 ATACMS tactical missiles with a range of up to 300 km, which will endanger almost all military facilities on the territory of Crimea (which the West considers part of Ukraine and, therefore, it can be attacked from similar weapons).

Along with this, the experience of using the HIMARS MLRS completely satisfied NATO, which means that we should expect new deliveries of such systems in the interests of the Armed Forces of Ukraine. Systems are really dangerous due to their accuracy. Strikes on bridges, when one span was hit with one package, only confirm this fact.

In the event of a significant delay in the conflict, it is quite likely that Abrams tanks will appear in Ukraine (of which there are a great many in storage in the United States), Patriot anti-aircraft systems (it can already be assumed that Ukrainian anti-aircraft gunners who have lost their S-300s are being trained to control Western ZRS), as well as combat aviation (F-15, F-16, A-10).

The capabilities of Ukraine in manpower are more than sufficient, and the issue of transferring recruits from the category of “caught on the street and sent to the front” to the category of “contract servicemen” rests only on the question of money, which the West will not spare. Many Ukrainians, even those who left after the start of the SVO, will want to serve their homeland for 4-5 thousand dollars a month (about the same amount Russian volunteers now receive).

By dragging out the conflict, Russia raises the final price to be paid. Obviously, it will be difficult to deal with the Armed Forces of Ukraine with the forces of 100-120 BTG. The only way out will be the re-qualification of the SVO into a "people's war", which will involve the involvement of both reservists and conscripts. Of course, the method of warfare itself will not remain unchanged.
Reporterin Yandex News
Reporterin Yandex Zen
60 comments
Information
Dear reader, to leave comments on the publication, you must sign in.