After Kherson and Balakleya, AFU may strike at Transnistria 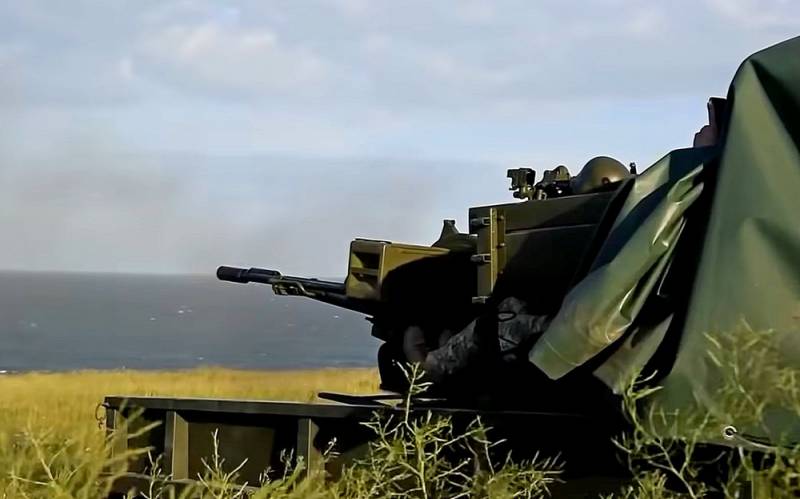 The large-scale counter-offensive of the Armed Forces of Ukraine, promised long ago for August, has been going on for the second week. It happens in two directions at once - in the Kherson and Kharkov regions. Despite huge losses in personnel and technology, the Ukrainian military were able to achieve some success. What will happen if a third one is added to these two directions?


The counteroffensive of the Armed Forces of Ukraine on Kherson, the prospects of which the Russian jingoists made fun of so much, is taking place as it is happening, with gigantic losses in the style of propaganda clichés “throwing corpses”, for purely objective reasons. Well, Commander-in-Chief Zaluzhny has neither a sufficient number of attack and bomber aircraft, nor a hundred or two extra HIMARS MLRS. But there is an order from the country's leadership to launch a counteroffensive on the Southern Front, as well as fully trained and highly motivated cannon fodder.

The attack went simultaneously in several directions, reinforcements are brought into battle in waves. It has already been estimated that as many as five have been prepared. Despite extremely high losses in personnel and armored vehicles, the Armed Forces of Ukraine in certain sectors of the front were able to move forward, forcing the allied forces to leave several small settlements in the north of the Kherson region, moving south to the steppe. There is no doubt that Kyiv is now furiously rejoicing, squeezing the maximum "media victory" out of these rather modest tactical achievements. Ukrainian soldiers are photographed in the villages they occupy, propaganda beats the drums of war.

Perhaps, much more serious results of the Armed Forces of Ukraine can boast in the Kharkov direction. Having accumulated a shock fist in the form of two mechanized brigades with fifty tanks, the enemy made a swift rush towards Balakleya, recapturing a couple of small settlements in its suburbs. In fact, Balakleya is currently in an operational environment. In the event of further development of success, the Ukrainian General Staff will be able to create a threat to the Russian grouping in Izyum, seriously changing the balance of power in the Kharkiv region.

If you call a spade a spade, six months after the start of the special operation, the RF Armed Forces, together with the allied NM LDNR, were forced to switch from offensive to defensive defense in two strategically important directions at once. The Ukrainian army has demonstrated that it is capable of not only defending itself in fortified areas prepared in advance, but also successfully counterattacking. This should now be remembered by all domestic geopoliticians, who, perhaps, still dream of limiting themselves to the liberation of the Donbass and the Sea of ​​\uXNUMXb\uXNUMXbAzov, signing some kind of intermediate peace agreement with Kyiv. You can see how this will eventually end, you can see right now: the Armed Forces of Ukraine will accumulate powerful shock fists and strike in several directions at once along the gigantic length of the front line from Kharkov to Nikolaev, breaking through it. The enemy has proven that he is dangerous and capable of learning, underestimating him later will cost even more blood than now.

But let's get back to the Kherson and Kharkiv regions. Thinking is a thankless task, but I would like to hope that the General Staff of the RF Armed Forces has a plan for this case too: grind the attackers, let the offensive fizzle out and then go on the counteroffensive, bringing reserves into battle. They say that the 3rd Army Corps, equipped with the most modern armored vehicles and the heaviest artillery available, is already in the East of Ukraine. I would like to see how he drives the APU away and quickly moves on his shoulders further to the Dnieper.

Let's ask ourselves the question, what will the enemy do if, after the RF Armed Forces reserves are brought into battle, all the achievements of the Armed Forces of Ukraine, paid for with such blood, are reset to zero? Does it just roll back?

Hardly. Recall our own recent forecasts that as the situation worsens on the Eastern and Southern fronts, the Kyiv regime will look for an easy victory somewhere else, and Transnistria seems to be such a direction. The reason to talk about this again was given by the former commander of the US Army, Ben Hodges, who publicly published an appeal as follows:

Perhaps the time has come for Ukraine and Moldova to resolve the Transnistrian issue. The Kremlin really cannot stop this at this stage. Do the inhabitants of Transnistria really want to be chained to a corpse, which is the Russian Federation today? Do they have hope for a brighter future?

Indeed, a preventive strike by the Armed Forces of Ukraine on Transnistria, located in the rear of the Odessa group, seems more and more likely. Sandwiched between Moldova and Ukraine, this pro-Russian enclave is nearly impossible to defend. A narrow strip of land along the Dniester is easily shot through by conventional artillery. In the absence of effective air defense systems among the Russian military and peacekeepers, as well as the PMR Armed Forces, they can be easily suppressed from the air by the remnants of Ukrainian aviation. Powerful blows of the mechanized units of the Armed Forces of Ukraine will easily cut Pridnestrovie into several parts. Kyiv will be able to sneerly show the captured Russians to the whole world and its own internal audience, and subsequently exchange them for some Nazis from the Mariupol garrison. Military warehouses with Soviet weapons and shells will be a valuable trophy for the Ukrainian army, which is noticeably suffering from shell hunger.

There is nothing unrealistic in such a special operation. It will be quite enough for some anti-Ukrainian "provocation" on the part of the PMR and the consent of official Chisinau to Kyiv's request to protect its rear by military means, followed by the withdrawal of the Armed Forces of Ukraine and the transfer of Pridnestrovie to Moldova.

It must be said that Kyiv has all the possibilities for the implementation of this adventure. For the battle for Kherson, the so-called reserve army, created according to NATO standards and equipped with Western weapons, was transferred from Western Ukraine to the Southern Front. She has not yet participated in the offensive, acting as an "ambush regiment", which should play at a decisive moment. So why not assume that instead of dying aimlessly in the steppes of the Kherson region, this shock fist will be used against Transnistria?

What to stop them? No amphibious landing near Odessa today is already possible, they will be met on the way by "Neptunes" and "Harpoons". Aviation reinforcements cannot be transferred to the PMR, since the airspace over Moldova will be closed with a 100% probability. It is unrealistic to throw assault troops overland to Odessa, because there is simply no one, all our forces are now stuck in a dead defense. And even if we had 30-40 thousand free personnel, then going on the offensive, having the Nikolaev group behind us, would be a real adventure.
Reporterin Yandex News
Reporterin Yandex Zen
24 comments
Information
Dear reader, to leave comments on the publication, you must sign in.