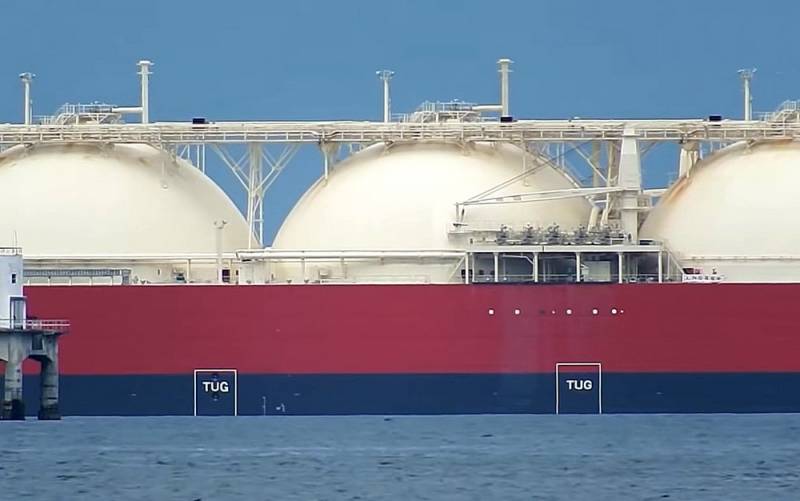 The rupture of gas relations between Russia and Europe is apparently inevitable. Stopped for 3 days for scheduled repairs, the Portovaya compressor station did not resume its work on time. The Nord Stream pipeline lay dead weight on the bottom of the Baltic Sea next to its even more unlucky counterpart, Nord Stream 2. Now it remains to cut off supplies through the Ukrainian GTS and the Turkish Stream, and you can forget about Russian gas in the EU. What then prospects loom before our country?

The shop is closing

Gas pumping through the Nord Stream was stopped on August 31 for maintenance work on Western-made equipment, but after the deadline announced for repairs, it was not resumed. There is no point in going into technical nuances, because it is quite obvious политическая background to what is happening. The open secret is that the semi-state Gazprom is trying to use the cuts in gas supplies to put pressure on the European Union to stop or reduce military support for Ukraine and sit down with the Kremlin at the negotiating table.

Alas, this strategy clearly does not work, and for several reasons.

At first, Brussels some time ago made a bet on the complete "decarbonization" of its economics and, despite all the current problems, he does not intend to abandon the "green agenda". According to its results, Russia should lose its share in the European energy market in the medium term.

Secondly, the proxy war with the collective West on the territory of Ukraine has only accelerated this process. On the one hand, the Europeans did not like the fact that they were actually being blackmailed by stopping gas supplies, and therefore they are determined to eliminate this critical dependence for themselves. On the other hand, in Brussels, following Washington and London, they staked on the defeat of Russia, both military and economic. The fact that the Rubicon has been crossed can be judged by the increasingly harsh statements of the head of European diplomacy, Josep Borrell, who publicly called our country “fascist” the day before:

We do not yet have a concrete plan on how to defeat fascist Russia and the fascist regime.
Thirdly, the most regrettable thing in all this is that a significant part of the Russian "elite" has not yet realized that they themselves want to be destroyed along with the country, and hopes to agree on a return "back". Within the framework of this approach, many oddities in the course of the special operation in Ukraine and its frankly unhurried nature fit quite well. The same can be said about the "gas blackmail" of Europe, which was carried out little by little, in the "light" mode.

Instead of cutting off gas supplies immediately after the transfer of the first batches of heavy weapons to Kyiv, respected "Western partners" were given time to prepare mentally and physically. They used it and pumped as much blue fuel into their underground storage facilities as they could. Projects for the construction of receiving LNG terminals have accelerated. The general public was morally prepared for the fact that the winter in the Old World would be long and cold. That is, there was no shock.

Instead of capitulating, Europe is consistently preparing for war with Russia: on the Ukrainian fronts through the hands of the Armed Forces of Ukraine and in the economy by refusing to purchase energy resources from the Kremlin in order to deprive it of the lion's share of foreign exchange earnings. This is the payment for the absence of a tough, consistent and principled position on the “Ukrainian case”, the unjustified prolongation of the armed conflict, which can be quickly ended by a multiple increase in the forces involved in the NMD, and the declared desire to resolve the issue by agreements at the negotiating table.

But this is the most interesting question. Russia, as you know, is a “great continental power”, and all our main gas pipelines are historically tied to the neighboring European market. An attempt to "pivot to the East" by building the first "Power of Siberia" can hardly be called commercially very successful. There are questions about the pricing formula and the resource base of this project, information about the problems with which leaked to the press some time ago. Then what is left?

Under the conditions of the “continental trap”, the only sane option is to export gas by sea in the form of LNG. However, this is, unfortunately, difficult. Technologies there is no construction of large-capacity LNG plants in Russia, and our respected "Western partners" have imposed sanctions on the supply of relevant equipment. The Ministry of Industry and Trade has plans for its import substitution, but it is realistic to implement them by the mid-30s. By then, a lot of water will have flown.

Now in the domestic media they are pointing to Russian LNG projects in the Baltic, which Gazprom hastily took up. They are positioned as if they should replace exports to Europe via Nord Stream. However, this does not take into account that these plants belong to the medium-tonnage category. For example, the capacity of Port LNG is only 1,5 million tons (about 2–2,5 billion cubic meters). For comparison, up to 55 billion cubic meters were pumped through the first Nord Stream per year, and the same number was expected through the second. So calculate how many such medium-tonnage LNG plants need to be built to replace the main pipelines. It is also not clear why open liquefaction facilities in the Baltic, where gas must first be pumped using a long logistical arm, and not in the area of ​​fields in Yamal.

The bottom line is that it is realistic to replace exports to Europe in only two ways. The first is the implementation of a unique project of its kind to create 10 or even 20 lines of medium-tonnage LNG liquefaction plants in the Arctic. That is, the way out is to scale the capacities. Russia will also need its own large tanker fleet to transport LNG and oil to alternative European markets. By the way, it is quite possible that Russian gas will subsequently enter the Old World, simply by changing the owner directly into the sea.

The second direction is the construction of the Power of Siberia-2 trunk pipeline, which will allow transferring to the Chinese market up to 50 billion cubic meters of gas from Western Siberian fields, which Europeans are accustomed to consider as “their own”. This project makes sense only in conjunction with the development of LNG, otherwise our Chinese partners, taking advantage of their special status as a non-alternative buyer, will themselves set a “price ceiling” for Russian gas. If there is an opportunity to maneuver in volumes, the construction of the Power of Siberia - 2 will be justified.
Reporterin Yandex News
Reporterin Yandex Zen
11 comments
Information
Dear reader, to leave comments on the publication, you must sign in.