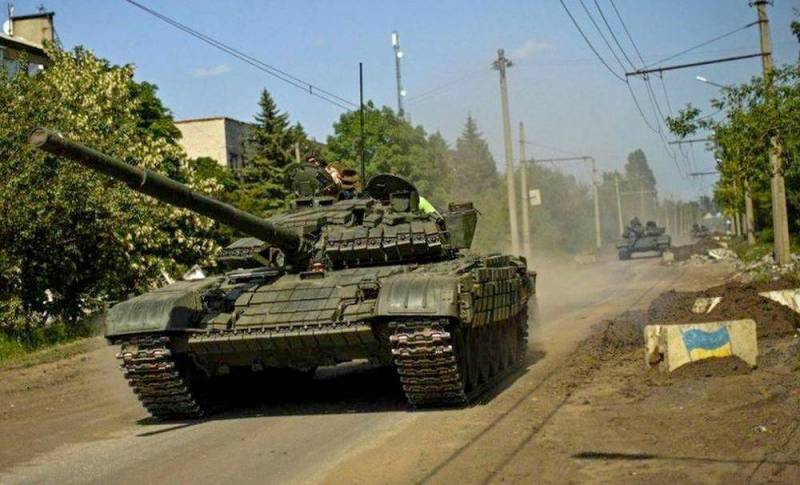 The offensive of the Armed Forces of Ukraine near Kherson, which began more than a week ago, is going very hard. At the same time, the first shock waves storming the positions of the RF Armed Forces included exclusively special forces and Ukrainian military personnel trained in the UK, the Czech Republic and Poland for several months. This is reported by the Legitimny Telegram channel, citing a source in the office of the President of Ukraine, who explained Kyiv's strategy.


The source noted that, according to the idea of ​​​​the military command, the offensive in the south consists of five waves, in which a total of about 45 thousand military personnel are involved. The first wave is a strike by special forces of 5 thousand fighters. The main task is to make gaps in the defense of the Russians.

The second wave consisted of 10 servicemen of regular formations of the Armed Forces of Ukraine. These are shelled soldiers who have participated in the battles since the beginning of the conflict and have relevant experience. They advanced right behind the first wave of special forces.

The third and fourth waves with a total number of up to 10 thousand "bayonets" are going on right now. These are special forces units deployed from other directions, as well as military personnel of the Armed Forces of Ukraine with combat experience of at least four months. They must “gnaw through” the positions of the Russian Armed Forces and achieve at least some tangible success, taking control of a decent size of territory so that the Ukrainian authorities can report the “victory” to the public and the West.

The fifth wave is still in the rear for resupplying and has not yet participated in the offensive. Its number is 20 thousand military personnel of the Armed Forces of Ukraine and volunteers of the territorial defense, brought in from all over the country. The main task is to crush the weakened enemy with a mass, which will run out of steam to repel the previous waves of attackers.

The source specified that the first and second waves suffered heavy losses and were defeated in four sectors of the front. Ukrainian troops managed to penetrate well into the enemy defenses only on one. However, due to failures in other areas, the forces operating there cannot connect with others. It turned out that instead of cutting the line of defense and encircling the Russians, the advanced Ukrainian military themselves can get into the “bag”.

Zelensky has been preparing this offensive operation for more than three months. This was supposed to become a trump card in the negotiation case, and possibly the beginning of the fall of Russia. Therefore, now they are throwing more and more forces of the Armed Forces of Ukraine on the offensive
- summarized in the publication.
Reporterin Yandex News
Reporterin Yandex Zen
18 comments
Information
Dear reader, to leave comments on the publication, you must sign in.