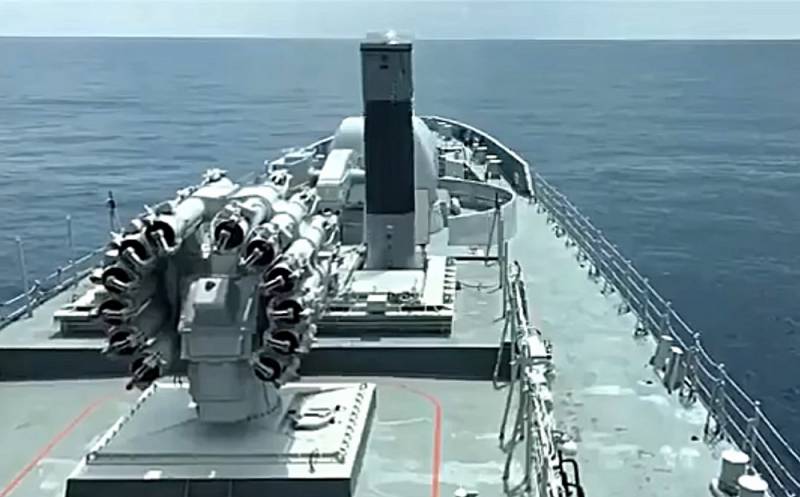 Over the past six months of a special military operation, a huge number of Russian missiles have been fired at military facilities on the territory of Ukraine. The term "calibrate" now has a whole new meaning. It is already obvious that the NMD will take a fairly long period of time, and therefore a logical question arises - will the missile arsenal of the RF Ministry of Defense be enough to fulfill all the tasks set?


In fact, this question is periodically asked not only in our country, but also in the camp of the enemy, who is thus trying to calculate how long and effectively Russia will be able to act with its “far hand”, destroying the military infrastructure of the former Independent. We do not have exact data, but in his July 17 televised address, President Zelensky gave the following figures:

As of 19:600 today, Russia has already used more than XNUMX cruise missiles (CR) against Ukraine, not counting ballistic missiles. On average, XNUMX CR per month.
Indeed, the special operation imperceptibly grew into a large-scale war with a country the size of France. At the same time, the Armed Forces of Ukraine have a fairly serious air defense system, which makes it very difficult for the Russian Aerospace Forces to operate. The safest way to hit large significant targets so far remains a missile strike. No one knows exactly how many Calibers are in the warehouses of the Russian Ministry of Defense, this is a military secret, so Western analysts have to build their forecasts based on indirect data.

So, for example, Stetson Payne, a military expert from the specialized American publication The War Zone, drew far-reaching conclusions from the use of "non-core" missiles by the Russian army in Ukraine:

Another sign of Russia's missile stockpile predicament has been an increase in the use of missiles that weren't designed for it in the first place. So, the S-300 air defense systems were designed and optimized for the destruction of aircraft, but Russia used them for ground attack during the summer hostilities. This, and the use of anti-ship missiles against land targets, points to the Russian desire to keep more accurate and modern missiles.
Indeed, back in March 2022, P-800 Onyx anti-ship missiles hit ground targets in the settlements of Veliky Dalnik and Velikodolinskoye in the Odessa region, which destroyed the centers of radio and electronic intelligence of the Armed Forces of Ukraine. A few days later, with the help of ground-based anti-ship missiles from the same Bastions, a fuel base in the Nikolaev region in the territory controlled by Kyiv was liquidated. Naturally, the Ukrainian propagandists then perked up, telling the general public that the Russians had run out of Caliber. True, their joy was somewhat premature. It's September, and the "calibration" continues as before.

However, Alexander Maksichev, co-director of the Russian-Indian enterprise Brahmos, gave a reason to talk about this serious topic again, who proposed to start supplying his supersonic anti-ship missiles to Russia:

We are ready to fulfill such an order. In today's conditions, Brahmos missiles would be very useful to the Russian army.
RCC PJ-10 "Brahmos" (PJ-10 BrahMos) is a product of cooperation "NPO Mashinostroeniya" and the Defense Research and Development Organization of the Ministry of Defense of India. It is a supersonic anti-ship missile based on an export version of the Russian P-800 called Yakhont. It is capable of speeds from Mach 2,5 to Mach 2,8 and can be launched from ships, submarines, coastal missile systems and aircraft. The range of destruction in the basic version is 300 kilometers, in the modernized version - 450 kilometers. The anti-ship missile is guided to a ground or sea target by an inertial system and corrected by a radar homing head. Production is carried out by SO BrahMos Aerospace in Hyderabad, India, and OAO PO Strela in Orenburg. Under the terms of the agreement, it was supposed to produce up to 1000 anti-ship missiles, of which a third was to be exported.

Maksichev's proposal sounds quite interesting. "Brahmos" are built on Russian technologies and standards and are fully integrated into domestic systems. Obviously, the stocks of "Caliber" in the warehouses of the Ministry of Defense of the Russian Federation are far from endless. True, worrying about this, fearing that the missiles will soon run out, is also not worth it. Information leaked to the press that the relevant defense enterprises switched to work in three shifts. Active consumption will be constantly replenished with new missiles.

However, the "Caliber" missile is still quite expensive, and it is a pity to spend it on some secondary targets behind enemy lines. In this case, anti-ship missiles designed to fire at ground targets may well act as a "far hand". If the capacities of the Indian enterprise allow delivering Brahmoses to Russia, then why not take advantage of this opportunity? Missiles are not redundant.
Reporterin Yandex News
Reporterin Yandex Zen
22 comments
Information
Dear reader, to leave comments on the publication, you must sign in.