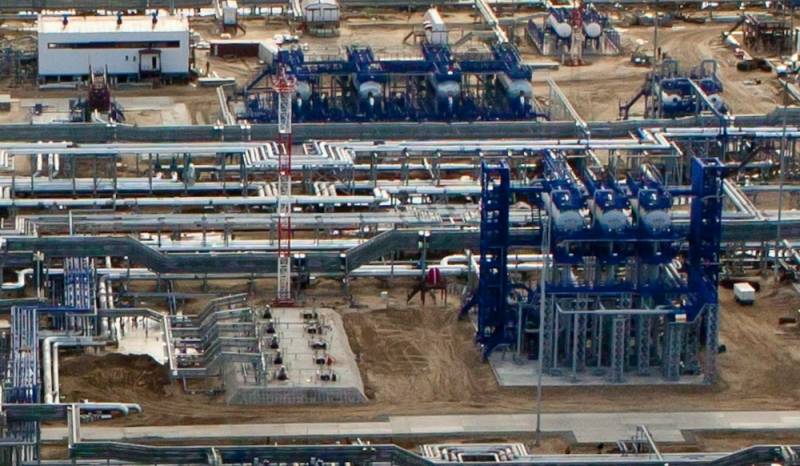 The rate of gas injection into European and especially German underground gas storage facilities has reached a record pace, having increased significantly since the beginning of September. This conclusion can be drawn based on data provided by the Association of Gas Infrastructure Operators of Europe (GIE). In the period from the 1st to the 3rd day of the current month, the rate of replenishment of reserves amounted to an impressive 0,39 percentage points.


Such progress became possible thanks to a serious drawdown in the cost of gas in the spot market. The quotes indicators literally collapsed from $3250 for the reference volume to $1800 for deliveries on September 3 and 4. We are talking about futures for the day ahead or about an even more popular version of the contract with deliveries "on the weekend".

Naturally, the countries of Europe could not fail to take advantage of such a "gift" of the market and began to fill UGS facilities at an accelerated pace. The pan-European reserve replenishment rate reached 4% by September 82, which is about 88 billion cubic meters of gas. For Germany, this figure exceeded 85%.

The market is too changeable, any forecasts, especially long-term ones, may change. However, according to experts' assumptions, Germany, having a large reserve of financial resources, will continue to use the situation and fill the tanks to the limit as much as possible. While maintaining the current rate of pumping raw materials underground in Germany, by the end of the accumulation season and the beginning of the heating season, there may not be enough space in overcrowded storage facilities.

But, of course, this “problem” is the least of all now worrying about the leadership of Germany (even they are striving for it), which, it seems, has completely diverged from Russian gas, disappointed due to the shutdown of Nord Stream for an indefinite period. The attempt to "revise" the physical possibilities of storage is precisely connected with the paralysis of the situation around the repair of the Baltic pipeline. Therefore, in order to provide some autonomous existence in winter, Berlin, which alone can afford such a thing, tries to transcend any limiting framework.

The thing is that without supplies via Nord Stream, the reserves accumulated to date, even taking into account record levels, will last until the end of January. Therefore, the FRG will try to pump as much fuel as possible into UGSFs, and in winter ration consumption and turn off even protected categories of consumers, such as schools and hospitals, private households, at the slightest reason for this (even a small debt, etc.).
Reporterin Yandex News
Reporterin Yandex Zen
13 comments
Information
Dear reader, to leave comments on the publication, you must sign in.